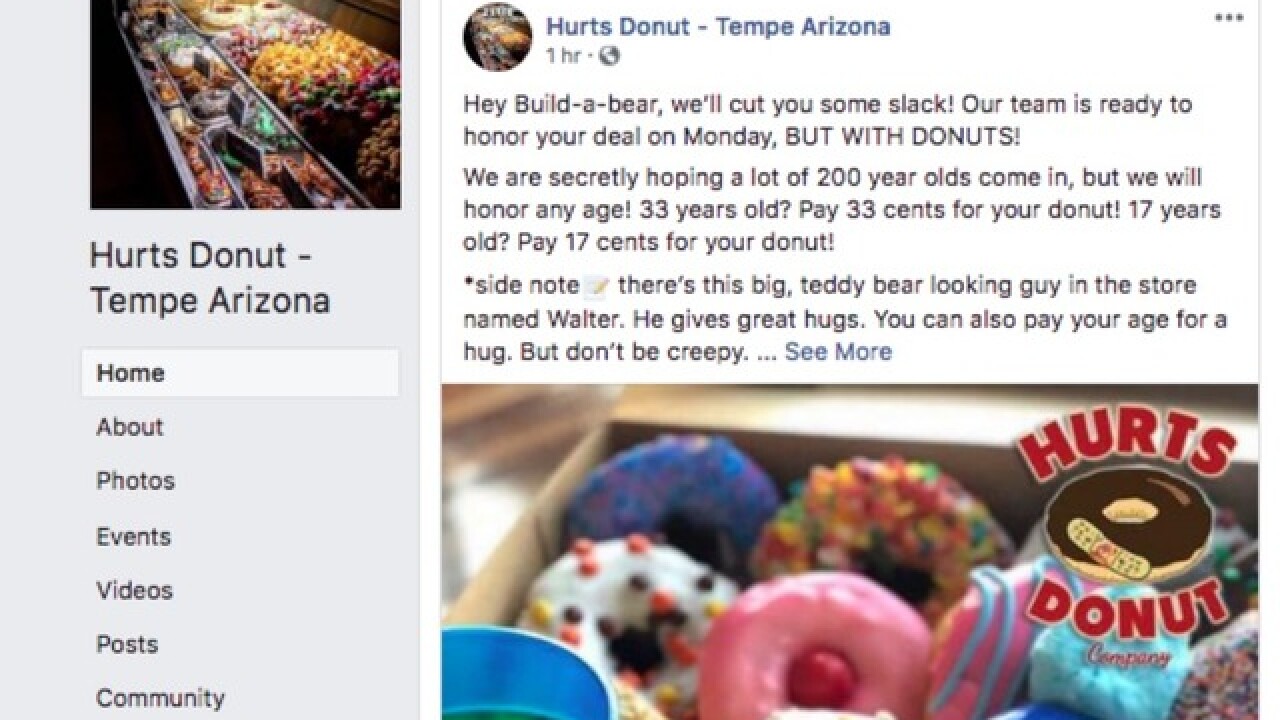 After Build-A-Bear busted at the seams during its "Pay Your Age Day" promotion, Hurts Donut in Tempe is hoping to bake up a similar event of its own.

Let's repeat that: one doughnut, according to Blake Tendick, acting general manager at the shop.

Specifically what type of doughnuts will be available will not be determined until that day. It could be glazed, a doughnut topped with sprinkles, or a "surprise" doughnut, said Tendick.

Non-classic doughnuts will remain at their normal prices.

He said his team is still working out the final details to ensure they have enough doughnuts to meet demand.

Hurts Donut is known for its outrageous donut creations. They have a Cookie Monster doughnut, doughnuts topped with Cap'n Crunch and Fruit Loops and candy, like Heath bars.