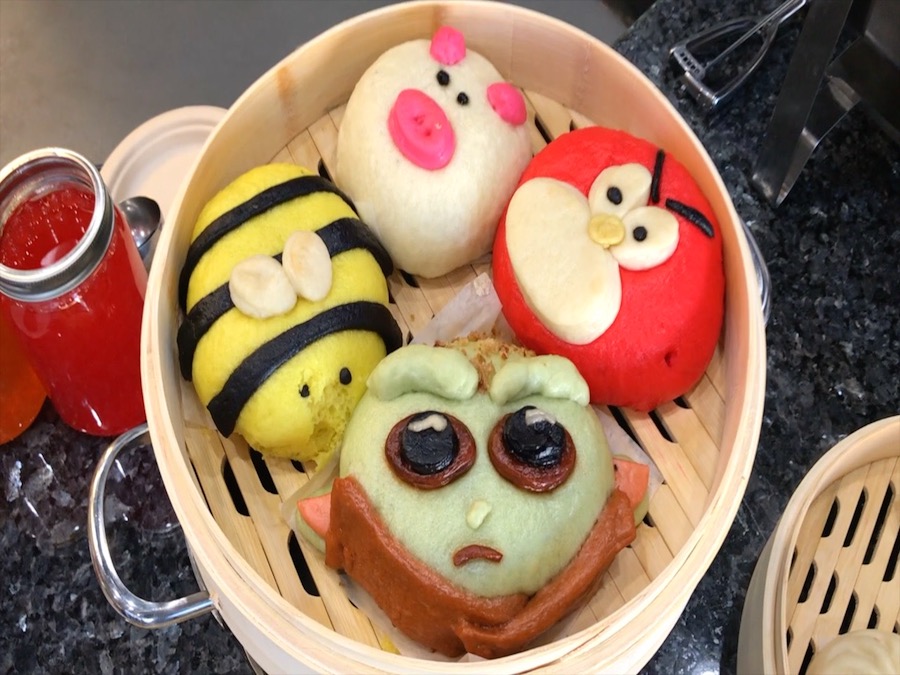 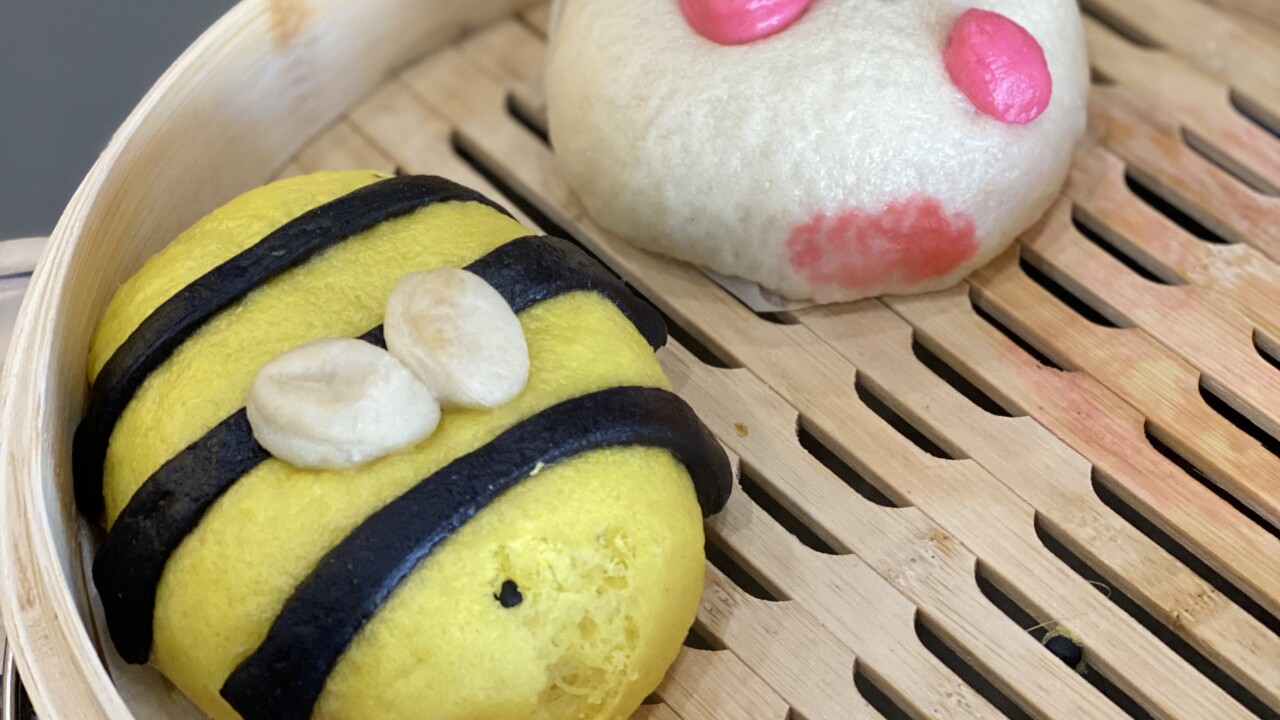 CHANDLER, AZ — From "Baby Yoda" and Angry Birds, to pigs, cows, and bees, a new eatery in Chandler is bringing colorful and creative bao buns to the Valley (and they're pretty Instagram-friendly, too).

A staple street food in Asian countries, bao is essentially a bread dough that can be filled with meat, tofu, or vegetables, steamed, fried, or even baked.

In Hot Bamboo's case, their bao buns are steamed in bamboo steamer baskets. The restaurant officially opened on Friday, Jan. 10 within a shopping center near McQueen and Pecos roads in Chandler, just southeast of downtown. It is located next to BKD's Backyard Joint.

Hot Bamboo is not necessarily new to Phoenix.

Owner Anna Heinback founded the Asian concept more than a decade ago and has primarily been part of festivals around the Valley and in other states. After years of people asking where their restaurant was located (one she did not have nor initially planned to have), Heinback decided to give the people what they wanted, a physical restaurant. It is a legacy she hopes to pass along to her son, Preston White, who is part of the management team.

"Everything is made by hand. We still do it in the traditional way with the bamboo steamers," she told ABC15 in a recent interview. She estimated that it takes eight to 10 hours to make one batch by hand and they have the potential to make 600-1000 each day.

Born in Jakarta, Indonesia, Heinback came to the U.S. to study interior design, art, and architecture. After the 2008 economic crash, she had less work and began making pies and pastries and sold them at farmers markets. That soon turned into bao, which turned into Hot Bamboo.

She said she began experimenting with the animal-shaped bao buns less than a year ago after becoming bored making the same traditional shaped bao for years.

"We just started to play with it. It was fun at first," she said. "We started making pigs. It's very simple. People just loved them." From there, they have expanded to bears, cows, bees, even using food dyes, such as beets and spinach, to slightly tint the dough into different colors. Most recently, they made buns inspired by "Baby Yoda," from Disney's The Mandalorian.

Her restaurant currently has five flavors of bao on the menu: Chai Siu (pork shoulder marinated in sugar and other spices); ground pork, teriyaki chicken, tofu, and chorizo.

Along with bao, Hot Bamboo's menu also features rice bowls, dumplings, Musubi (grilled spam and rice that is wrapped in seaweed), and Chimaki (sticky rice stuffed with shredded chicken, dipped in coconut milk, and wrapped in banana leaf). They also have bubble tea and smoothies, and bubble waffles, which can be topped with whipped cream, sauces, candy, and other toppings.

As for festivals, Heinback told ABC15 that she will continue to attend festivals in the Valley, bao in hand.