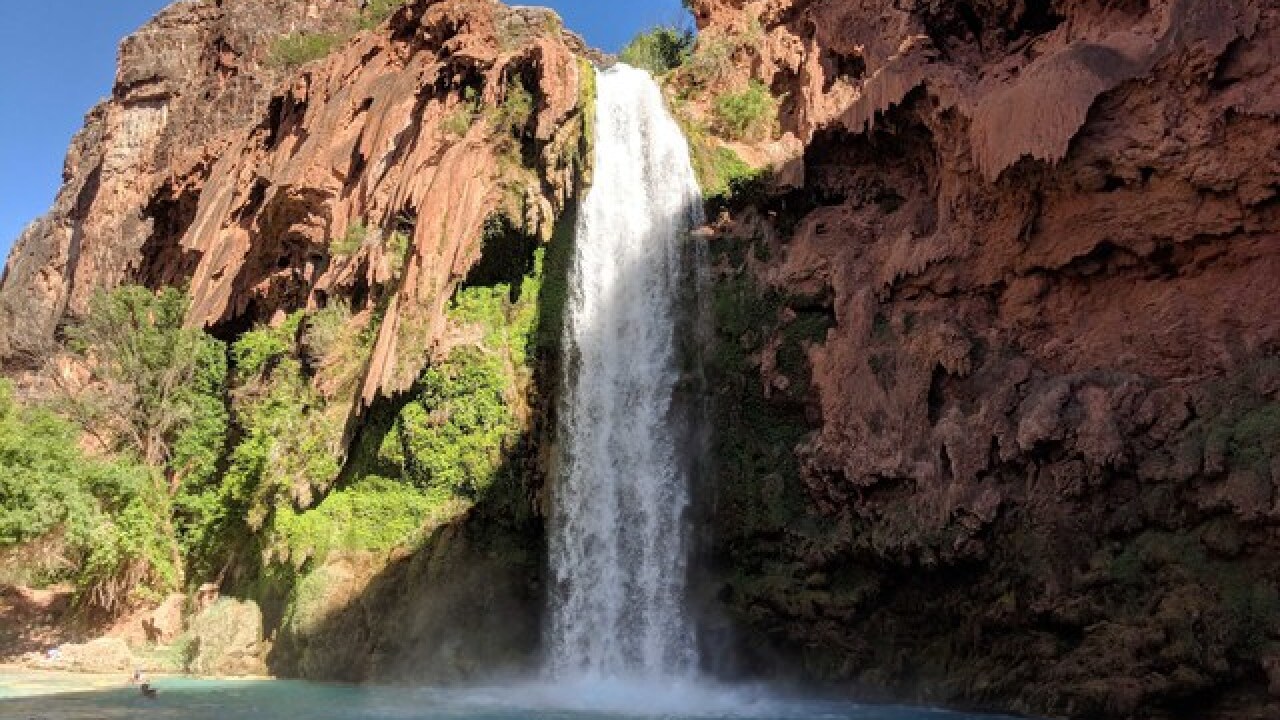 Copyright 2018 Scripps Media, Inc. All rights reserved. This material may not be published, broadcast, rewritten, or redistributed.
<p>From the basin, Havasupai Falls hits hikers with a cool mist and stunning view. The cold water is refreshing after a long hike and many pose for photos of achievement in front of the waterfall.</p>

The campgrounds that lead to Havasu Falls, Havasu Creek and Mooney Falls will be closed until the end of August, the Havasupai Tribal Council announced Tuesday.

Those who had reservations in July and August are asked to contact the Tourist Office at 924-448-2141 to reschedule, according to a news release.

The campground has been closed since July 11 after heavy monsoon storms drenched the area forming seven-foot floodwaters. Officials said 200 people were evacuated from the area during the storms.