Harkins to continue its renovations at theaters in Gilbert, Tucson 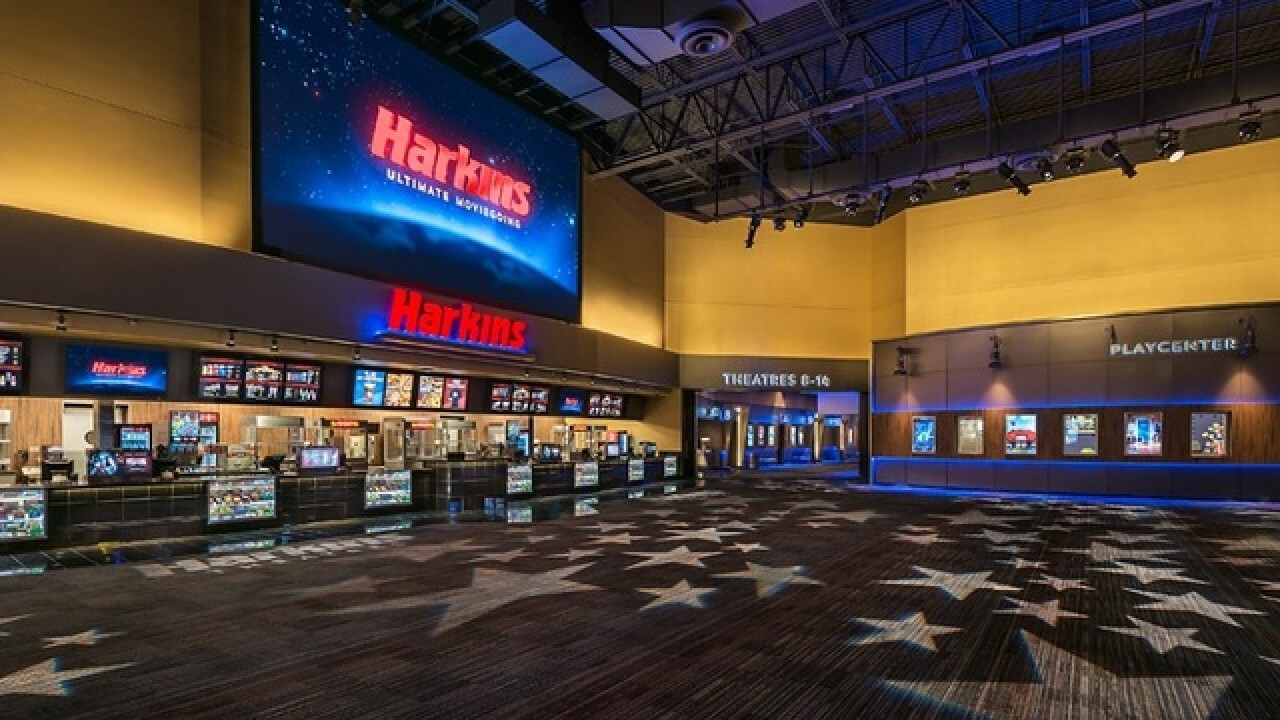 GILBERT, AZ — For the last year, Harkins has been renovating its movie theaters by adding electronic reclining seats, implementing reserved seating, updating its large Cine1 auditoriums, and putting a bar in the lobby so guests can have a pre-movie cocktail or beer.

Renovations have already been completed at theaters in Chandler, Peoria and Scottsdale.

Up next: SanTan Village in Gilbert and Tucson Spectrum in Tucson.

In a news release, Harkins said the Gilbert theater would remain open during the renovations, which are expected to start in September. It wasn't immediately clear how long the renovations would take to complete.

A timeline for the Tucson theater's renovations was not provided.

“Delivering the Ultimate Moviegoing experience for our guests is always our number one priority. As a Gilbert resident, I am especially grateful for the support we have received over the years from the community and am excited to bring these new luxury amenities to Gilbert,” said Mike Bowers, president and CEO of Harkins Theatres, in a statement.

In April, the Arizona-based theater chain announced that it would build a 12-screen theater -- its 20th in the Valley -- in Laveen Village near 59th Avenue and Baseline Road and will have all of the upgraded amenities its other theaters are getting. It is expected to open in late 2020, a spokesperson said at the time.

Harkins said it would cost $150 million to upgrade all of its theaters. It has 26 locations in Arizona, as well as California, Colorado, Oklahoma and Texas.

Editor's note: This story was updated to include information about the theater being built in Laveen Village.