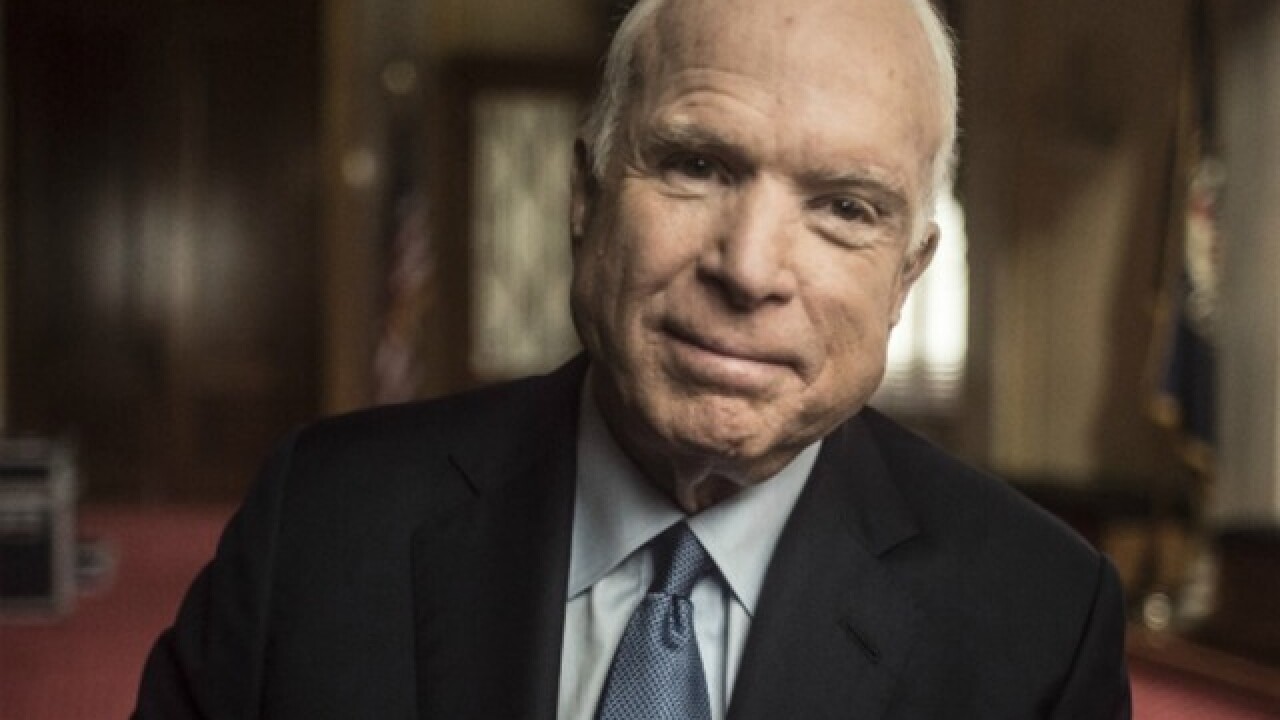 "John McCain: From Whom The Bell Tolls", named after the book by Ernest Hemmingway of which McCain was reportedly fond of, "paints an important portrait of an American maverick who has never lost courage and has kept his eye on America’s most important goals," according to HBO.

The documentary was released on Memorial Day, May 28, 2018. Filming reportedly began shortly after McCain was diagnosed with Glioblastoma -- an aggressive form of brain cancer -- in 2017.

The two screenings will take place on Sunday, Sept. 2 at Harkins' Camelview theater at Scottsdale Fashion Square and Harkins Sedona 6 theater in Sedona, where he lived.

Both screenings will start at 4 p.m.

There is no cost to see the film. Tickets will be available at the theater box offices on a first-come, first-served basis. They cannot be reserved online.