Giordano's Pizza to open in Paradise Valley on August 14 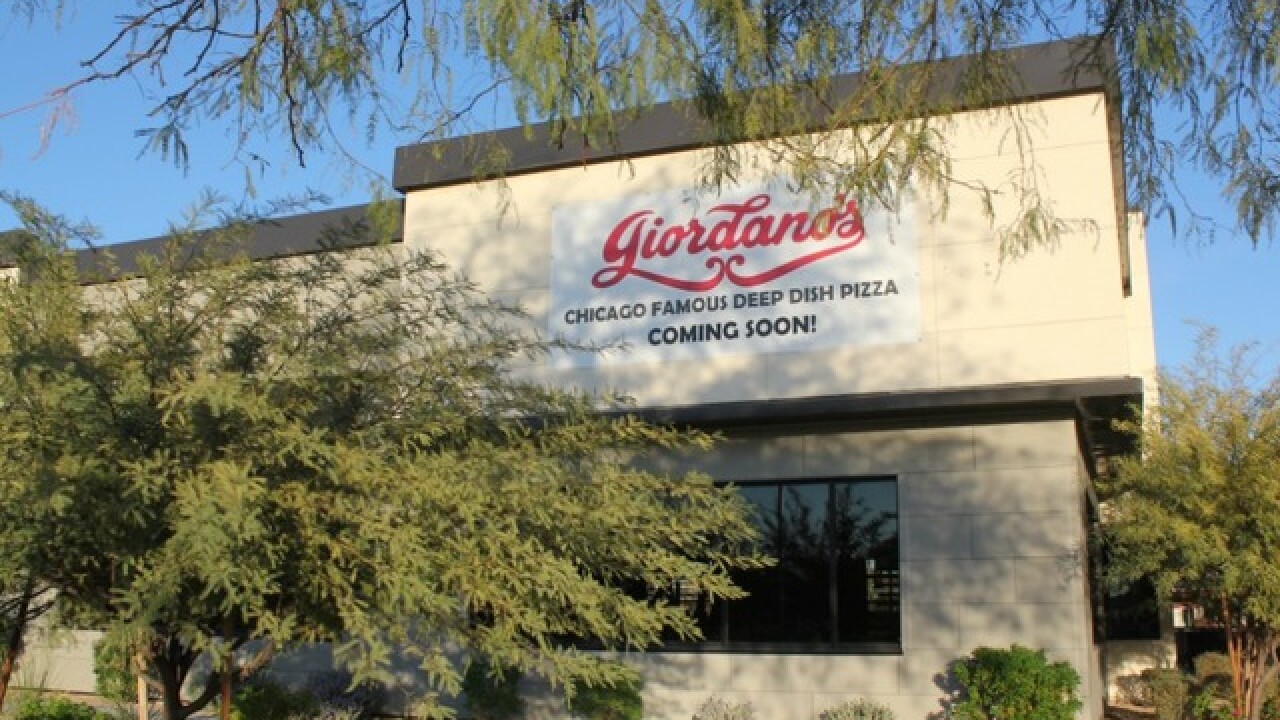 Chicago-based Giordano's Pizza will open its newest Arizona restaurant in Paradise Valley -- its second in the state -- on August 14.

The pizzeria took over the former Bonefish Grill space near Tatum Blvd. and Cactus Road, across from Paradise Valley Mall. (Bonefish closed in 2016.)

A grand opening celebration is scheduled for September 5, a spokesperson said.

Giordano's opened its first restaurant in Arizona in 2016 within Peoria's arts and entertainment district, near 83rd Avenue and Bell Road.

Lou Malnati's and Gino's East, both pizzerias based in Chicago, have also opened restaurants in the Phoenix area.

RELATED: Craving deep-dish pizza? Here are 6 places to grab a pie around Phoenix