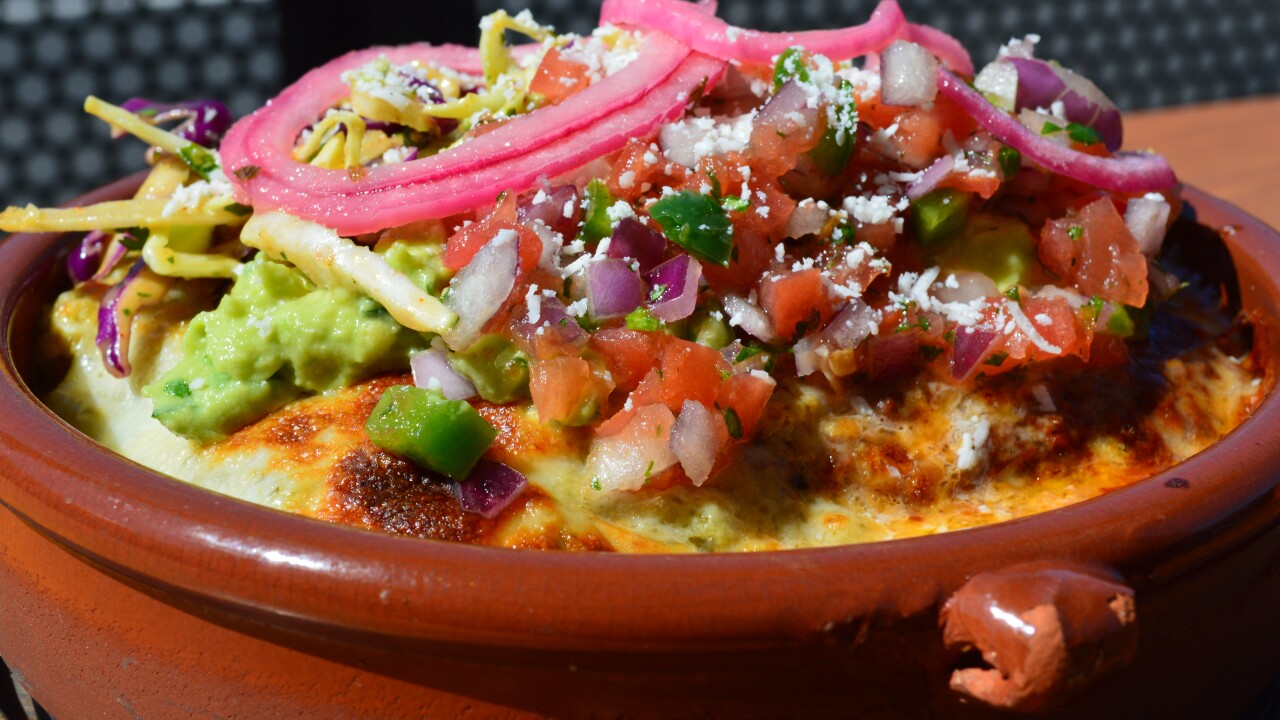 TEMPE, AZ — Those craving tacos or enchiladas, have another spot to check out in downtown Tempe.

It is the concept's third restaurant in the Valley. The other two are in Arcadia and Phoenix.

Diners can make their own tacos and enchiladas, choosing different meats, sauces, and cheeses, and is then cooked in a gas-fired wood stone oven. From there, diners can choose their toppings.

The opening is a bit of a homecoming for Aaron Pool, who graduated from ASU's W.P. Carey School of Business, and co-owns the restaurant with his brother, Jared. (A third brother, Drew, owns Wren House Brewing in Phoenix.)

"Gadzooks originally started as an idea in one of my business classes at ASU, so it felt natural to bring Gadzooks back to its roots in Tempe," Aaron Pool said in a statement.

The two renovated the 1,927-square-foot building, which previously housed a non-profit youth center. They designed it to look like the other two locations with concrete elements, orange furniture and accents, and indoor and outdoor dining (it has a 370-square-foot patio), a release said.

The restaurant is open daily for breakfast, lunch, and dinner.