FUN! 25 things to see and do along the light rail 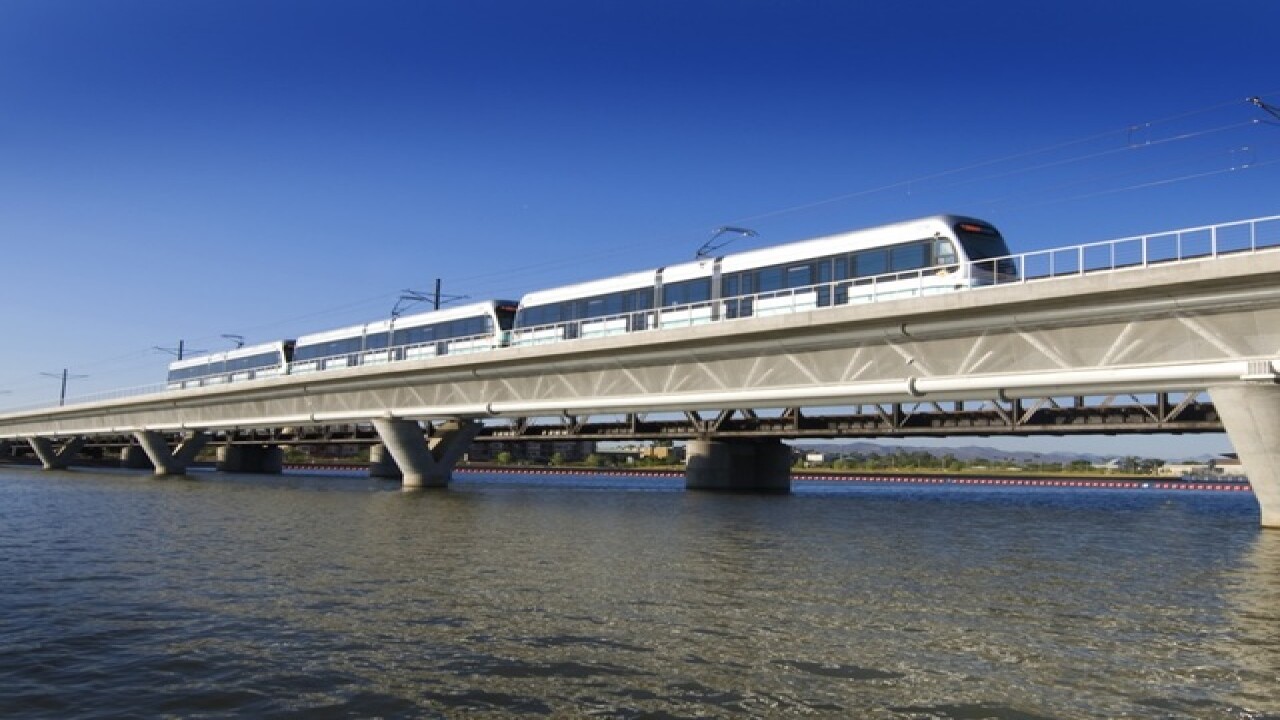 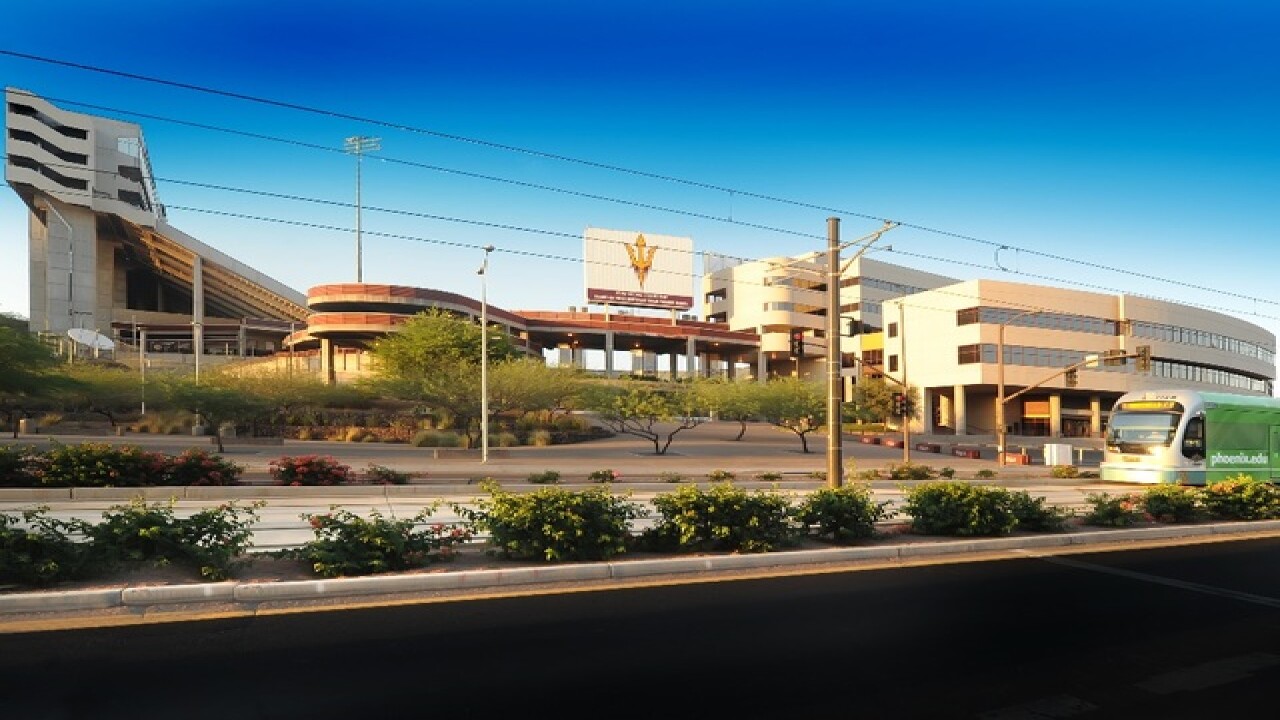 Valley Metro's light rail is 26 miles of track that connect portions of Mesa to Tempe and Phoenix, including downtown.

And along the way you pass quite a few of the Valley's highlights -- Sun Devil Stadium, Chase Field, Durant's, the Phoenix Public Market and downtown Mesa. (It's also a way to get to the airport, too).

Whether you're a frequent rider of the rail during the week or hop on a couple of times a year to get to a sporting event, we decided to look at some of the places worth stopping at that you may have overlooked.

We found 25! So, next time you're listening to music and staring aimlessly out the window, why not turn it into an adventure and make a spontaneous visit to one of the places below.

Have one to add to the list? Let us know all about it in the comments.

CityScape is an all-in-one stop for dining, entertainment, and a little shopping. Even better, it’s a short walk (across the street) from two light rail platforms. You can grab a drink or a meal at Copper Blues Live, Blue Hound Kitchen, Tilted Kilt or Squid Ink before seeing a show at Stand Up Live. It’s also home to Lustre, a rooftop bar.

Bitter & Twisted is a cocktail lounge located one street south of CityScape. It was recently named one of the best bars for food lovers in America – one of its burgers has a Ramen bun!

This Chicago-style eatery has been shipping its frozen deep-dish pizzas across the country for years. It turns out, Phoenix was a big delivery point. In 2016, Lou Malnati’s decided to open its first out-of-state pizzeria in Phoenix’s Uptown Plaza. It’s not directly on the light rail route, but a short walk away.

Burgers. Shakes. And fries. That is all.

Home of the 2001 MLB World Champions, the Arizona Diamondbacks. You can take the light rail straight to the ballgame. Have you heard about the Churro Dog or the Triple Threat Sundae yet?  On non-game days, the stadium offers guided tours of the facility throughout the week. Chase Field has a giant digital scoreboard, a retractable roof and an indoor swimming pool next to right field.

Just down the street from where the D-backs play is where the Phoenix Suns, Phoenix Mercury and Arizona Rattlers play. Talking Stick Resort is also the place where concerts, kids’ shows, including the circus, are held. So, if your favorite artist is in town, there’s a good chance their playing in downtown Phoenix.

The Arizona Science Center is a staple to downtown Phoenix. Dozens of interactive exhibits, rides, and IMAX theatre fill this 98,000-square-feet venue. They have up to nine different demonstrations every day, including “Great Balls of Fire” which shows how to make fire using different ingredients.

Heritage Square is practically in the backyard of the Arizona Science Center. It’s a city block that doesn’t quite feel like the desert – you feel like you’re walking down an English neighborhood. There’s Chris Bianco’s famous pizza joint, Pizzerias Bianco; the Rose & Crown, a quaint British-style pub; and The Rosson House, a Queen Ann Victorian House that dates back to 1895.

The Phoenix Public Market café serves breakfast, lunch and dinner using local ingredients, including Schreiner’s sausage, and farm-fresh produce. On Saturday mornings, its open-air lot turns into a large farmer’s market to buy local produce and products, from vegetables and desserts to salsa and soaps. If you haven’t been before, it’s a place you have to stop, even if it’s just to grab a cup of joe.

Desoto Central Market is an urban food hall and community space with seven different restaurants in it. There’s a burger bar, an oyster bar, a place for Asian-inspired dishes, and a salad bar. The best part – you can try a little bit of everything and make an evening out of it. They host a lot of events during the week so you never know what you’ll walk into it. Historically, the building was built in 1928 and was a dealership.

Did you know we have one? The museum is located within the old City Hall. It’s where the Phoenix Police Department began (the jail cells are still there). Inside you will find a full-size police patrol vehicle, helicopter and three-wheel motorcycle. Make sure to ask for the lights to be turned on. They still work!

Macayo’s is located in the Mayan temple-like building that sits along Central Avenue. If you’ve never been, you’ll want to check it out soon because at the end of 2016, it is closing. The land is going to be redeveloped into housing, and Macayo’s is moving into a building across the street. So, Macayo’s isn’t leaving, but the temple is.

Chris Bianco (Pizzeria Bianco) opened Pane Bianco in 2005. At first, it was only open for lunch and served focaccia sandwiches. Seven years later, it evolved into a full-service restaurant. It’s known for its pasta, sandwiches and pizza.

The Phoenix Art Museum has hundreds of works from artists from around the globe. You’ve probably seen a lighted atom-like piece (The Last Scattering Service by Josiah McElheny) in the lobby as you traveled down Central Avenue. Paintings, sketches, sculptures and fashion fill this museum. If you haven’t been before, it’s worth checking out.

Native American history is the foundation of the United States and Arizona. The Heard Museum was founded by Dwight and Maie Heard in 1929 with the purpose of protecting and accurately portraying Native art and culture. “The Heard is an institution that successfully combines the stories of American Indian people from a personal perspective with beauty and art.”

The history of Durant’s Steakhouse dates back to the 1950s when it opened along Central Avenue. It is a Phoenix staple. Owner Jack Durant called it “the best steakhouse in the World.” Much of its original look has been kept in tack. One pro tip – enter through the back, which takes you through the kitchen. That’s the real front entrance, not the one off Central that looks like a front entrance.

Changing Hands is a local book store. They sell used and new books and host author meet-and-greets throughout the year. Its history dates back to 1974. If you love the smell of books, this is a stop you have to make.

ASU! ASU! ASU! Sun Devil Stadium is unique in that it was built literally between two mountains. It’s currently undergoing a major renovation project, but a majority of it will be completed in time for the upcoming season. As the light rail goes through Sun Devil country, this is a must stop along your light rail journey...at the very least for a picture. Don’t forget to throw those pitch forks up!

Want to check out campus? It’s only a short walk away.

Jokingly, Downtown Tempe’s Mill Avenue could be referred to as “downtown ASU” (OK, only at night). But, it is also a nice play to grab a bite to eat during the day – whatever you’re craving – before that final exam, football game, or show at ASU Gammage. There’s Pedal Haus Brewery, Steak n Shake (Arizona’s only location), La Bocca Urban Pizzeria and Slickables.

Five dollars gets you a glass of wine or a pitcher of beer. That deal is available every day from open until 5 p.m. On Mondays and Tuesdays after 8 p.m. $20 gets you a bottle of wine and Bruschetta (it’s big). It’s too good of a deal not to stop.

A peak through the Smith-O-Lator cookie shop’s gallery will make you question whether you’re looking at a cookie museum or actual cookies. They essentially are works of art.

Desert Eagle opened its doors in downtown Mesa in 2012. It’s located right along the light rail so why not grab a drink before taking a safe ride down to the ballpark? Plus, it feels good to support local breweries.

Along Main Street sits the Mesa Arts Center. If you’re not at Talking Stick or Comerica seeing a show, you’re probably here. It’s made up of three different theatres and has a variety of shows and competitions throughout the year – many of which feature big names. They also show local performances, comedians, spoken word and dances.

Downtown Mesa is filled with local shops and eateries. Since the light rail, runs through right through it, keep your eyes peeled out the window. You might just find a place that sparks your interest. There is an custom toy shop and the Niles Theatre on Main Street.