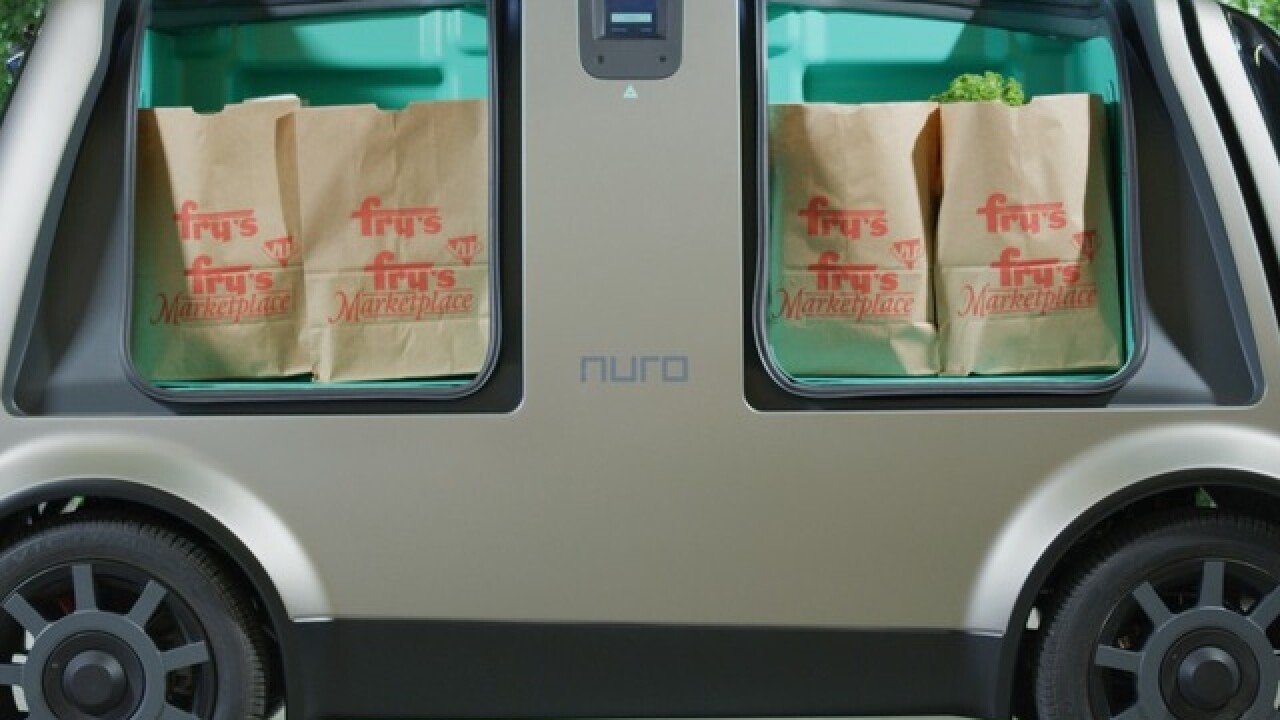 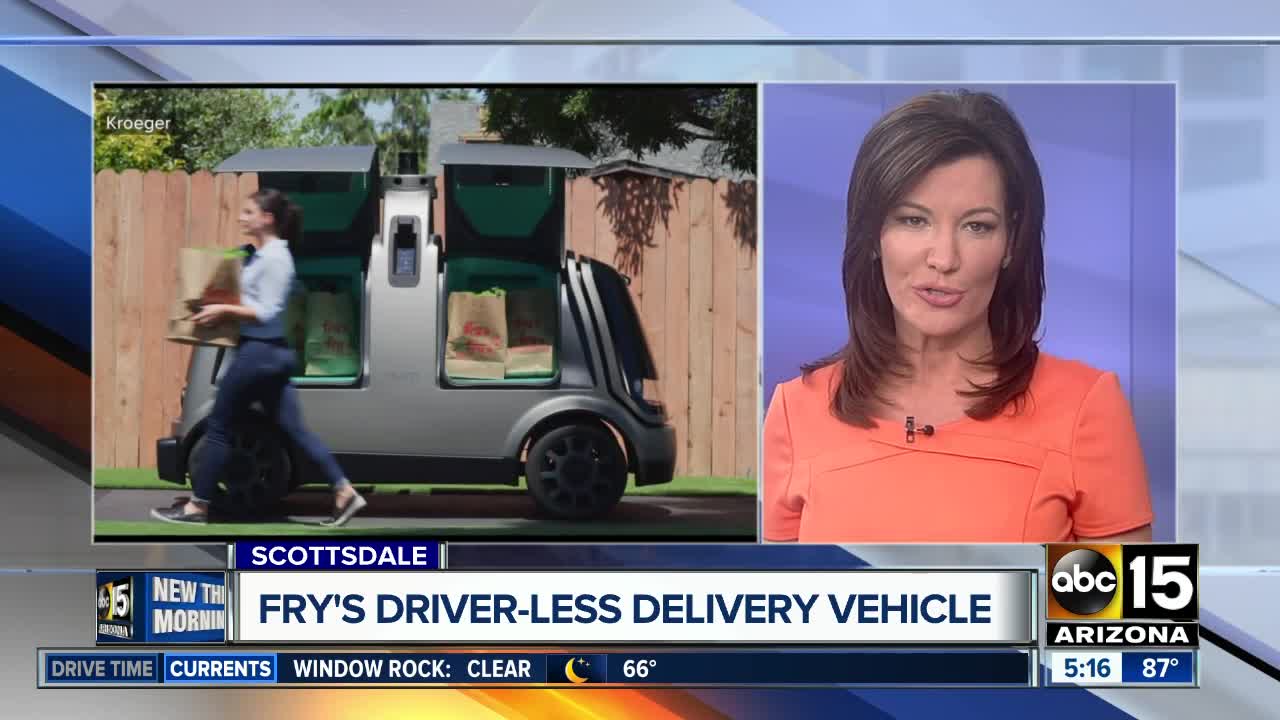 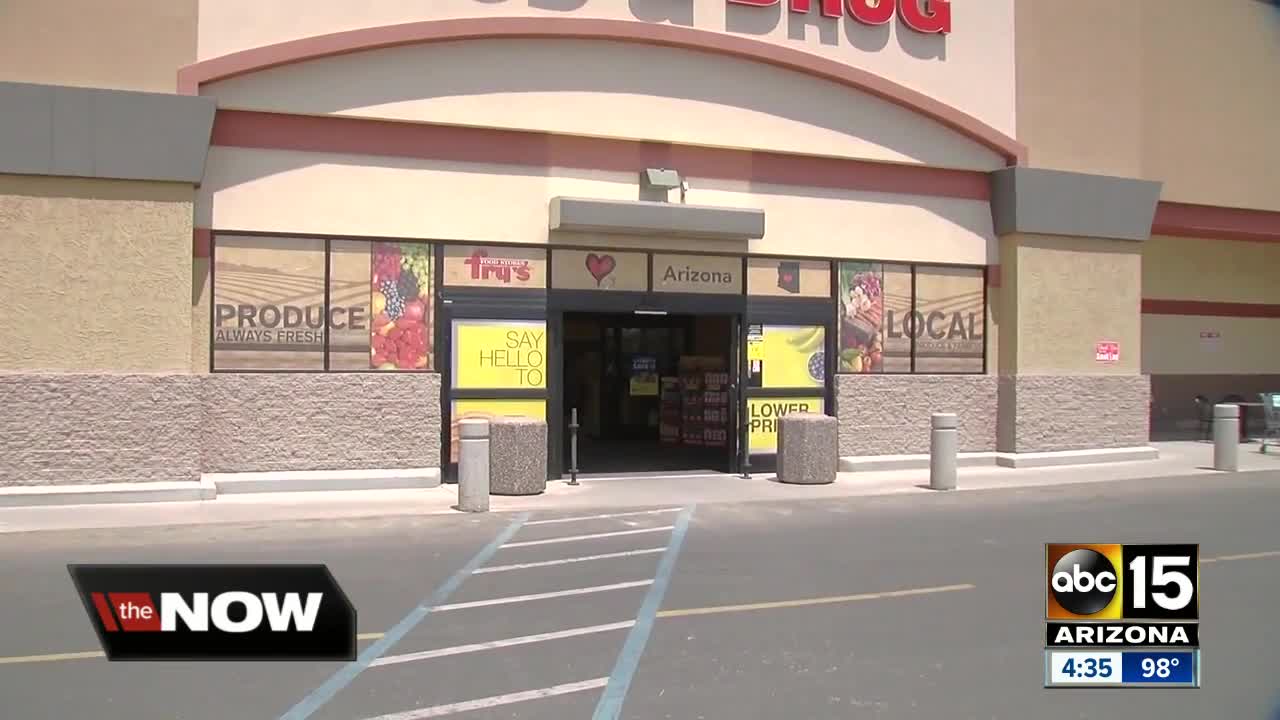 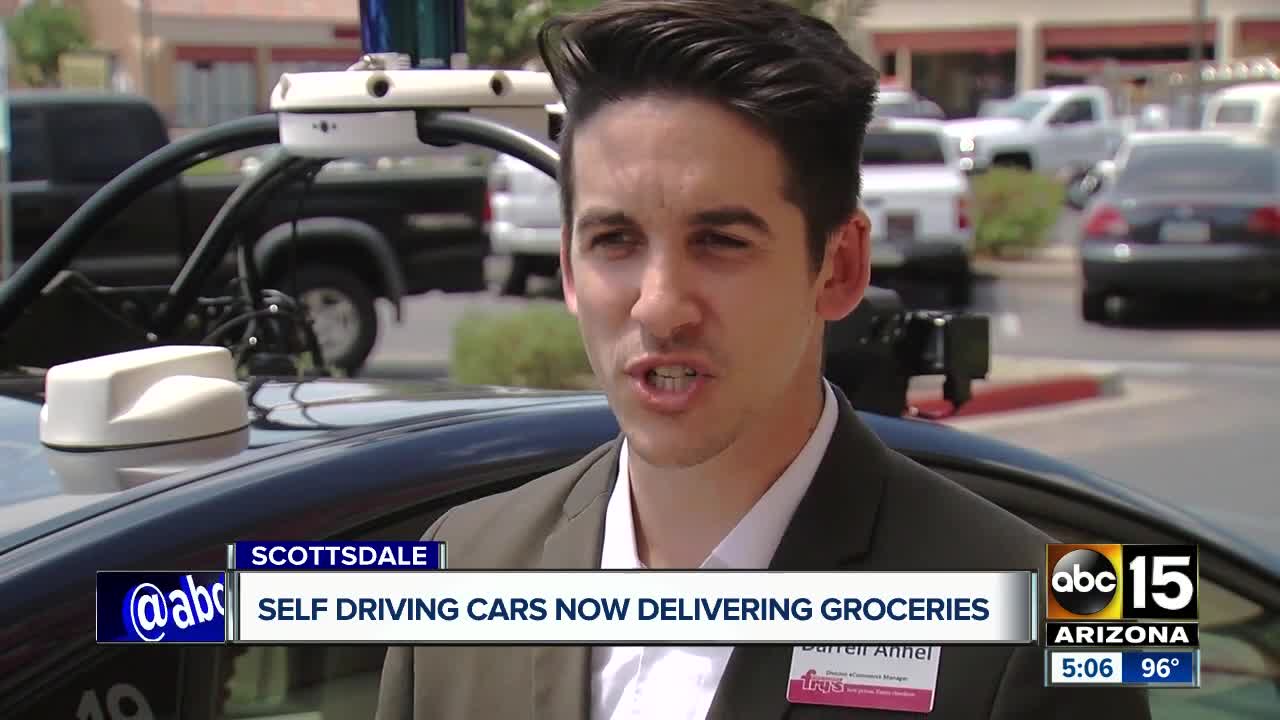 From pre-made salads and sandwiches to ready-to-make meal kits and online ordering, the grocery store has become a conveyor belt of innovation the last few years.

It’s time to throw another piece into the basket — driverless delivery.

In June, the company said it was exploring the program and had partnered with Nuro, a company founded in 2016 that makes unmanned vehicles, but had not named where they would be tested.

RELATED: Walmart says it will expand delivery program by end of year

Now we know where.

Starting Thursday, the program will only be available to those living in the 85257 zip code and within two miles of the Fry’s grocery store at 7770 E. McDowell Road in Scottsdale (near McDowell and North Hayden Roads).

Here are a few things you need to know:

Forget going to the grocery store and walking the aisles to grab the milk, eggs and cheese. Under the test program, customers will be able to order their groceries via the Fry's Food Store app and website and have them delivered to their home by one of Nuro’s ten unmanned Toyota Prius vehicles.

Each vehicle will deliver the groceries to a home’s curbside and can deliver up to 15 bags of groceries, said Pam Giannonatti, corporate affairs manager with Kroger. It should take on average of four hours for groceries to be delivered, a spokesperson said.

HOW SAFE IS IT?

“Safety is Nuro’s top priority. They are relentlessly focused on ensuring their vehicles are not just good neighbors, but among the safest on the road,” Kroger said in a statement. “Their vehicles and the autonomy systems undergo extensive testing including a wide range of critical safety scenarios that require immediate response to prevent harm.”

During the test, Kroger said each vehicle would have a safety test driver with it.

A spokesperson for Nuro said once the unmanned vehicles are deployed, they will have a "remote operator monitoring at all times, capable of taking over in the event of a potential unmanaged risk."

"While no driver or driving system can create a risk-free environment on the roads, Nuro is striving to improve the overall safety of Arizona’s roads for pedestrians and other drivers alike," Nuro's statement continued.

HOW DOES IT WORK?

Starting Thursday, Aug. 16, those living within the 85257 zip code can order groceries from the Fry’s Food app or website, https://www.frysfood.com .

They can be delivered by one of Nuro’s vehicles that same day or the next day depending on availability.

The delivery fee is $5.95 per order. There is no minimum order amount.

“Arizona is home to some of the most innovative autonomous vehicle testing,” said Dave Ferguson, Nuro’s co-founder, in a prepared statement. “We’re proud to contribute and turn our vision for local commerce into a real, accessible service that residents of Scottsdale can use immediately.

RELATED: Which meal kits are the best? Which cost the most?

“We welcome innovative technology that can benefit the lives of Scottsdale residents. We feel this partnership holds tremendous potential and promise, and offers our residents real, not-yet-experienced convenience for everyday routines," Scottsdale Mayor Jim Lane said in a statement.

Some of Arizona's top leaders, including Gov. Doug Ducey, have been supportive of autonomous technology.

Uber began testing its self-driving technology in Arizona in February 2017, but shut down its operations earlier this year after one of its vehicles was involved in a deadly crash with a pedestrian.

Waymo, a subsidiary of Alphabet Inc., the parent company of Google, is also testing self-driving vehicles in Arizona.

Kroger did not say how long the pilot test would last nor if -- or when -- more locations would be added.

Editor's note: The article was edited to correct the area where the Nuro vehicle will be tested. The Fry's is near McDowell and North Hayden Blvd.