From food truck to storefront, The American Poutine Co. opens in Gilbert 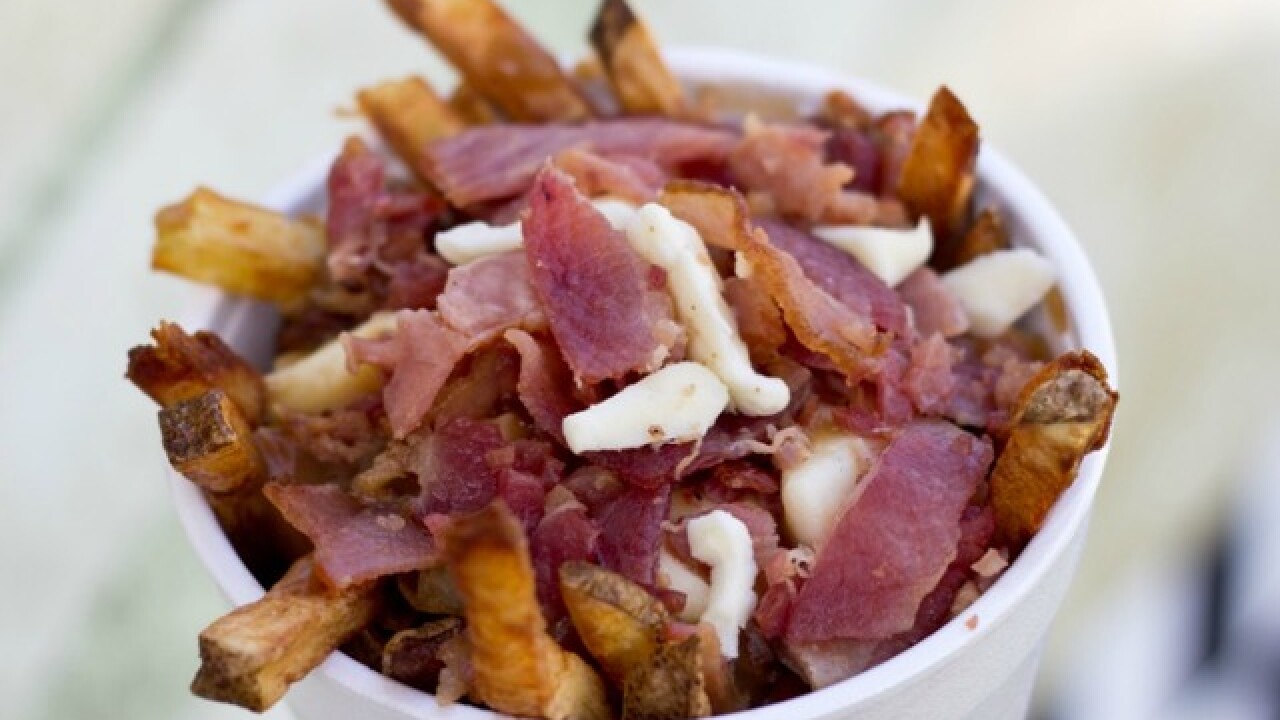 Another Phoenix-area food truck has expanded beyond the mobile kitchen and opened its own storefront.

The American Poutine Co., a food truck that serves Poutine, a Canadian dish that traditionally consists of fries topped with cheese curds and gravy, has opened a storefront in Gilbert.

The restaurant, located in a shopping center near Val Vista and Warner roads, opened on Friday, said co-owner Brendan McGuinness.

Brendan, who was born and raised in northeastern British Columbia, a Canadian province, launched the food truck with his wife, Mareka, in 2015, eventually adding a second truck.

The storefront has allowed them to "broaden our horizons" and expand the menu with new flavor combinations, said McGuinness.

Below are some of the new items that will be available at the storefront only:

The food trucks will still be out and about around town, said McGuinness. A calendar of the food truck's schedule can be found on their website, www.americanpoutine.com.