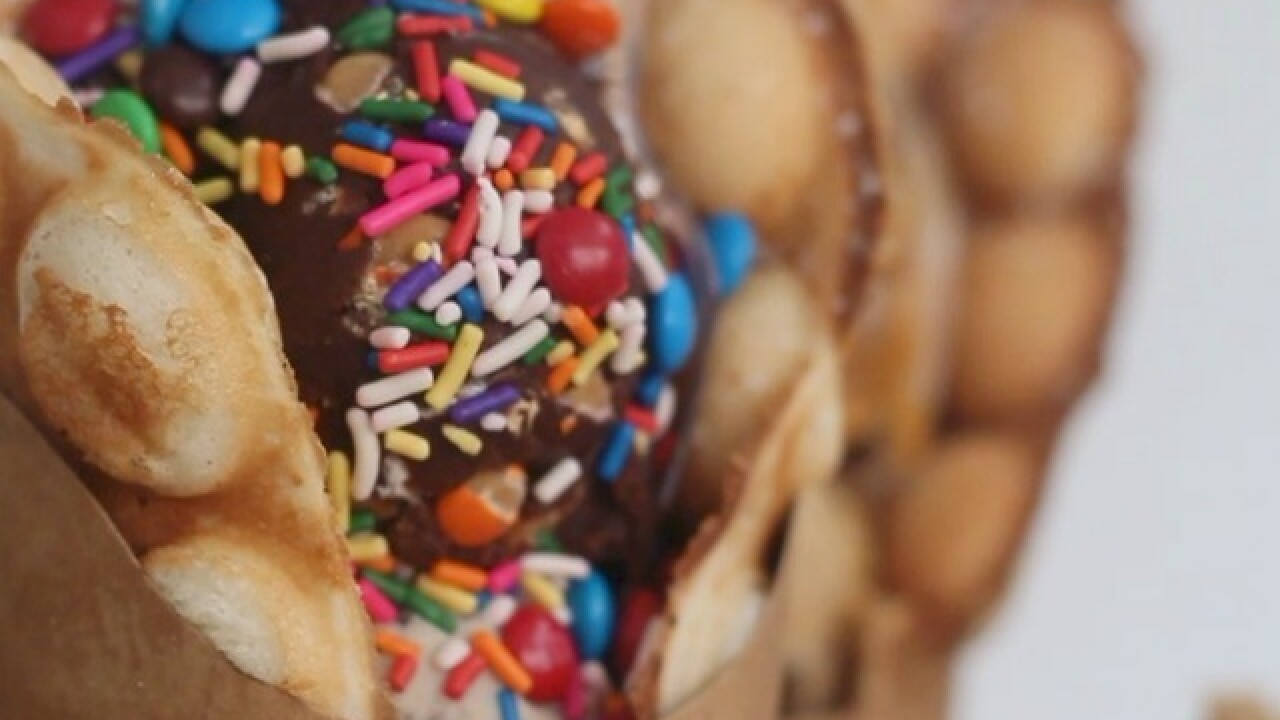 Copyright 2018 Scripps Media, Inc. All rights reserved. This material may not be published, broadcast, rewritten, or redistributed.
<strong>Dough Licious Desserts</strong> started as a food truck serving up edible cookie dough creations. They have eight flavors, including a seasonal flavor. They could be served in cups, mixed with ice cream, or served in a pancake-like "Puffle" cone. They plan to open their first brick-and-mortar restaurant in Queen Creek.<br /> <strong>Expected to open:</strong> October 2018

CHANDLER, AZ — Shoppers at Chandler Fashion Center will have to choose between fries, cookie dough, ice cream, and frozen yogurt later this fall when a handful of new snack and dessert concepts are set to open.

The mall announced this week that Potato Corner, Dough Licious Desserts, Pinkberry, and Haagen-Dazs would all open stores at the mall, which is located near Loop 101 and Chandler Blvd. They also announced that Evereve and aerie, two women's clothing brands, would open stores there.

Specific opening dates were not released, but all are expected to open in late fall.

Dough Licious Desserts started in the Valley a few years ago as a food truck that served different flavors of cookie dough. The dough was made with heat-treated flour and pasteurized eggs to eliminate the risk of salmonella. People could then add toppings, sauces, and ice cream. In April, they opened a retail store in Queen Creek. At the mall, the concept will operate out of a kiosk on the upper level near The Crayola Experience.

Fries are the name of the game at Potato Corner. The concept serves five type of fries, including regular, tater tots, curly, and sweet potato, and six flavored seasonings (BBQ, Cheddar, sour cream and onion). The menu also features baked potatoes, chicken tenders, chicken wings, and chicken poppers. Its kiosk will be located on the upper level near the Disney Store.

Pinkberry Frozen Yogurt will open a kiosk on the lower level of the mall near Macy's. They have more than 30 flavors of frozen yogurt. A second location also opening at Scottsdale Fashion Square mall, according to a spokesperson.

Haggen-Dazs has plans to open a kiosk on the lower level near Victoria's Secret.

Earlier this year, both Sir Veza's and Kona Grill closed their locations at the mall. "Lulabelle the Low Country Kitchen and Raw Bar" was going to open in the Sir Veza's space, but pulled out of the deal, said Jennifer Campbell, marketing manager, for Chandler Fashion Center.

Both spaces remain open and available for new tenants.