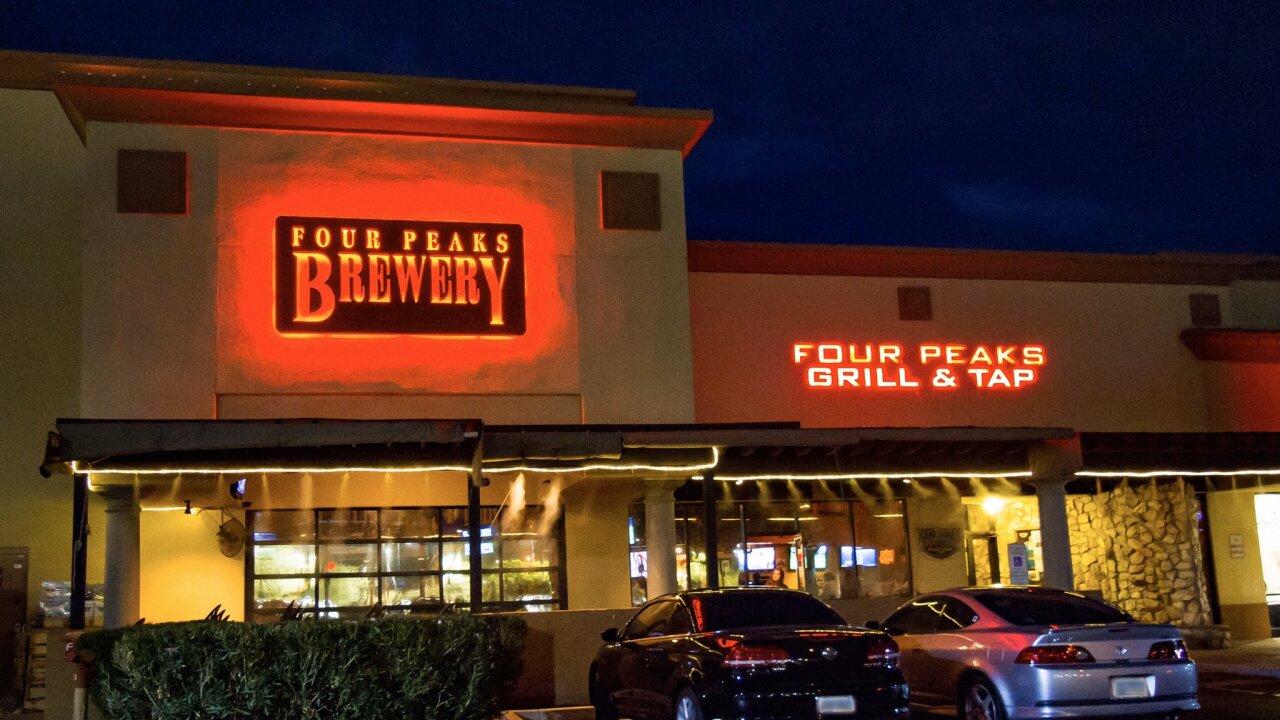 In an email to ABC15 on Monday morning, Zach Fowle, communications manager for Four Peaks, confirmed the restaurant's closure and said it was not due to the COVID-19 pandemic, but because that location's lease was going to be up soon.

"The pub's lease was set to end this year, and we were planning to reevaluate its future at the time," Fowle said in an email. "We made the decision to close in order to focus on our two breweries in Tempe and our pub in Sky Harbor."

The Scottsdale restaurant near the Loop 101 and Frank Lloyd Wright Blvd. has been closed since March 30. In a tweet on that day, Four Peaks said that location would "temporarily" close and halted its to-go orders. The Tempe location on 8th Street has remained open for to-go orders.

As of today, we will no longer be accepting to-go orders at the Scottsdale Grill & Tap, and will temporarily close. If you would like to order Four Peaks food or beer for pickup or delivery, you can order from our 8th Street location via https://t.co/6jieMFaBI1. pic.twitter.com/BoaAoGtFKA

Restaurant dining rooms in Arizona were ordered closed on March 19 via Gov. Doug Ducey's executive order to force social distancing and slow the spread of coronavirus.

Last week during a press conference, Ducey announced that retail stores could reopen for pickup, delivery, and appointments on May 4. On May 8, retail stores can reopen for walk-in customers, but have to implement rules for social distancing.

As for restaurant dining rooms, Ducey said "best case scenario" would be May 12, but has not set a hard deadline yet. He said more information was expected to be released this week.