PEORIA, AZ — Shoppers in the West Valley will have five more places to grab a bite to eat or an after-dinner dessert when Park West completes its $4 million renovations.

The Peoria shopping center recently announced that Hash Kitchen, The Sicilian Butcher and The Sicilian Baker Cannoli Bar & Market, a make-your-own cannoli concept, would open at the center by the end of the year. All three are part of The Maggiore Group, a Scottsdale-based restaurant group.

Jalapeno Inferno, a Mexican restaurant with two locations in Scottsdale, will open a third Valley location there, and Pita Jungle, a Valley-based Mediterranean restaurant chain, will open its 22nd restaurant. Pita Jungle is expected to open over the summer, according to a restaurant spokesperson. 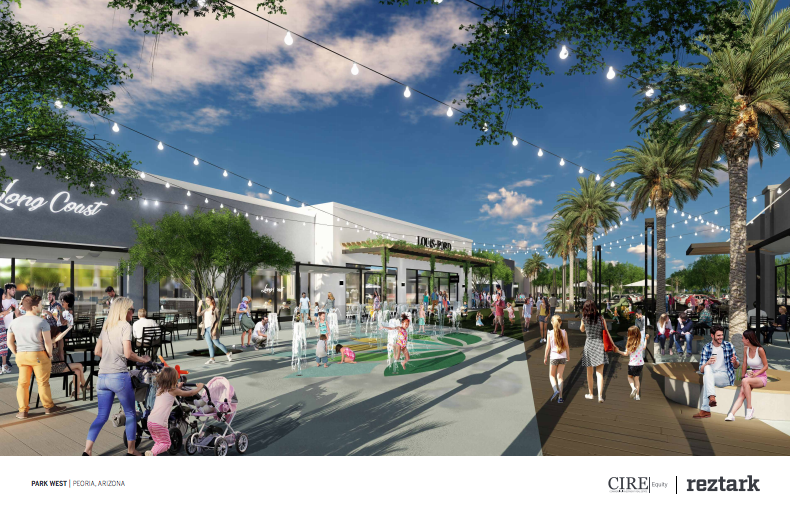 The new additions will join a handful of restaurants and businesses expected to open this year: Koi Poke, Creamistry, Forever 21 and Orange Theory Fitness. Cold Beers and Cheeseburgers opened earlier this year.

“It’s an exciting time for all of us, as the tremendous growth in the West Valley has assisted us in securing some of the best retail and restaurant concepts in the Phoenix market,” said Alexis Volen, vice president of asset management at CIRE Equity, the owner of the shopping center, in a statement. “We are thrilled to see Park West evolve into the premier family-friendly shopping and entertainment destination in the area."

The renovations also include a new splash pad shaped like an Agave flower, a new plaza; wood lattices along the walkways, and two 60-foot signs on either side of the Loop 101 freeway, a news release said.