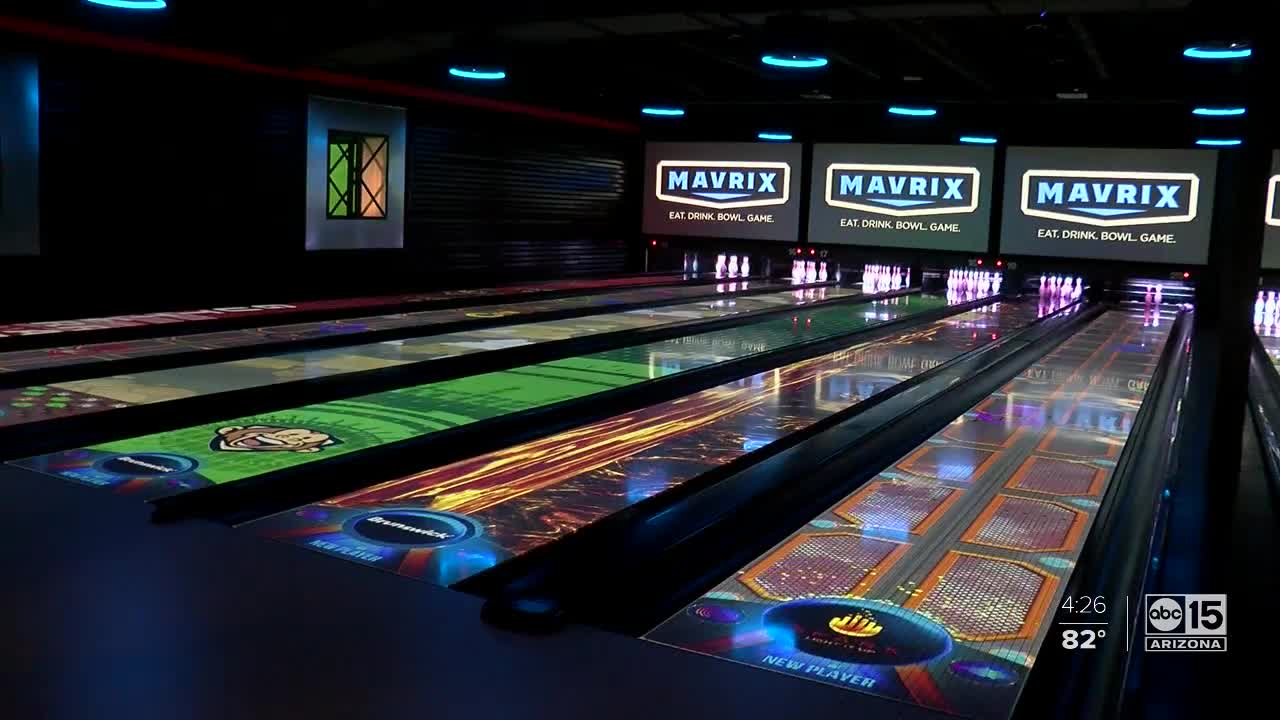 The Valley has a new spot for fun. Mavrix, a new entertainment venue from Octane Entertainment, opens Saturday, March 7, near Scottsdale. People will be able to bowl, play laser tag, arcade games, or grab a bite to eat. 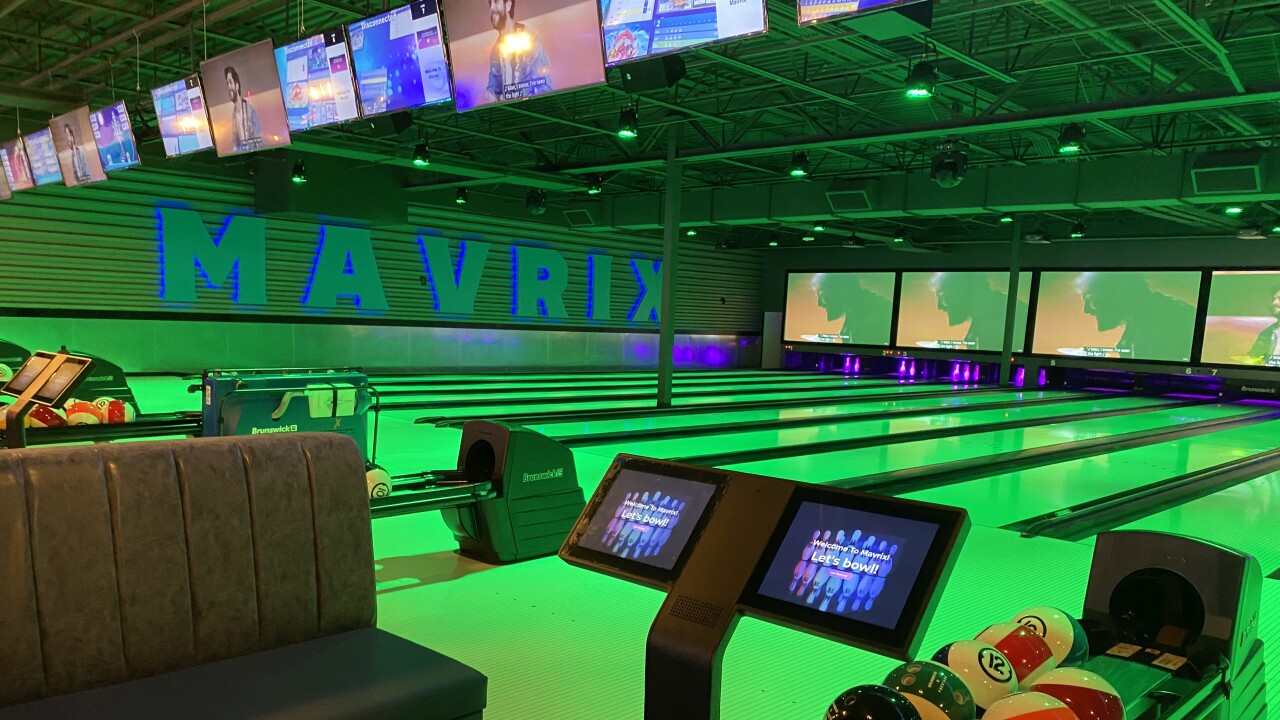 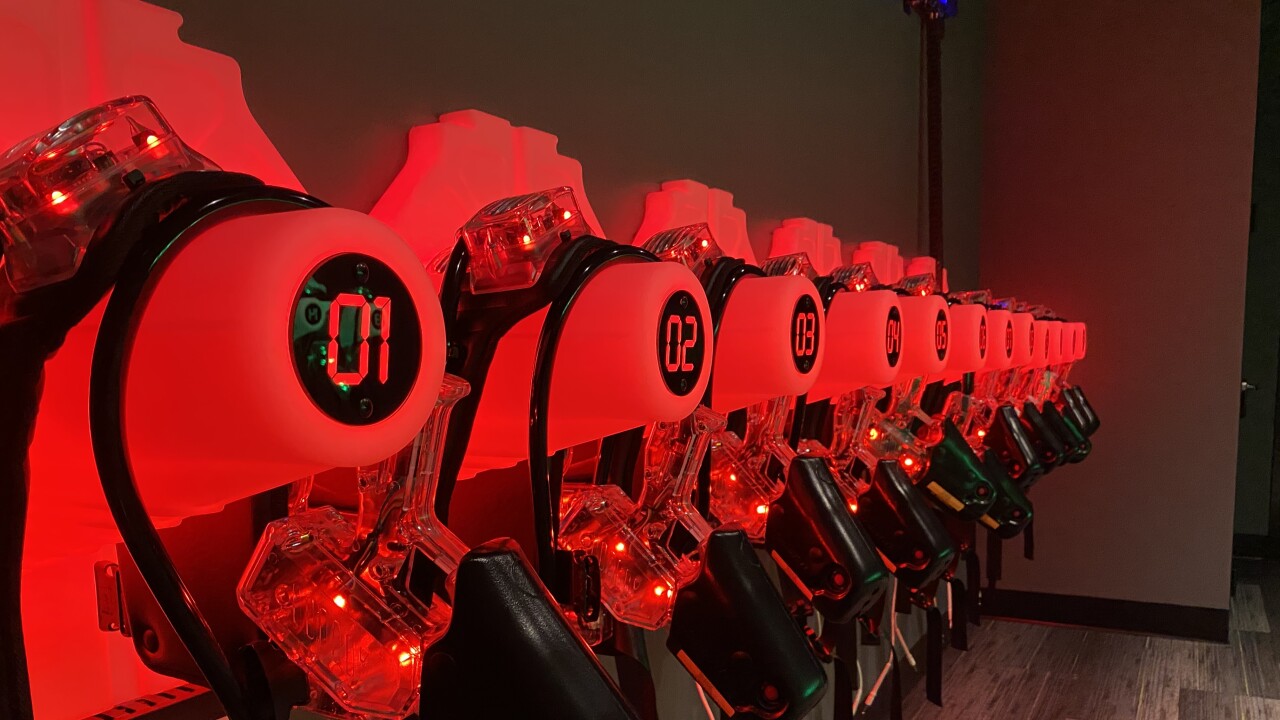 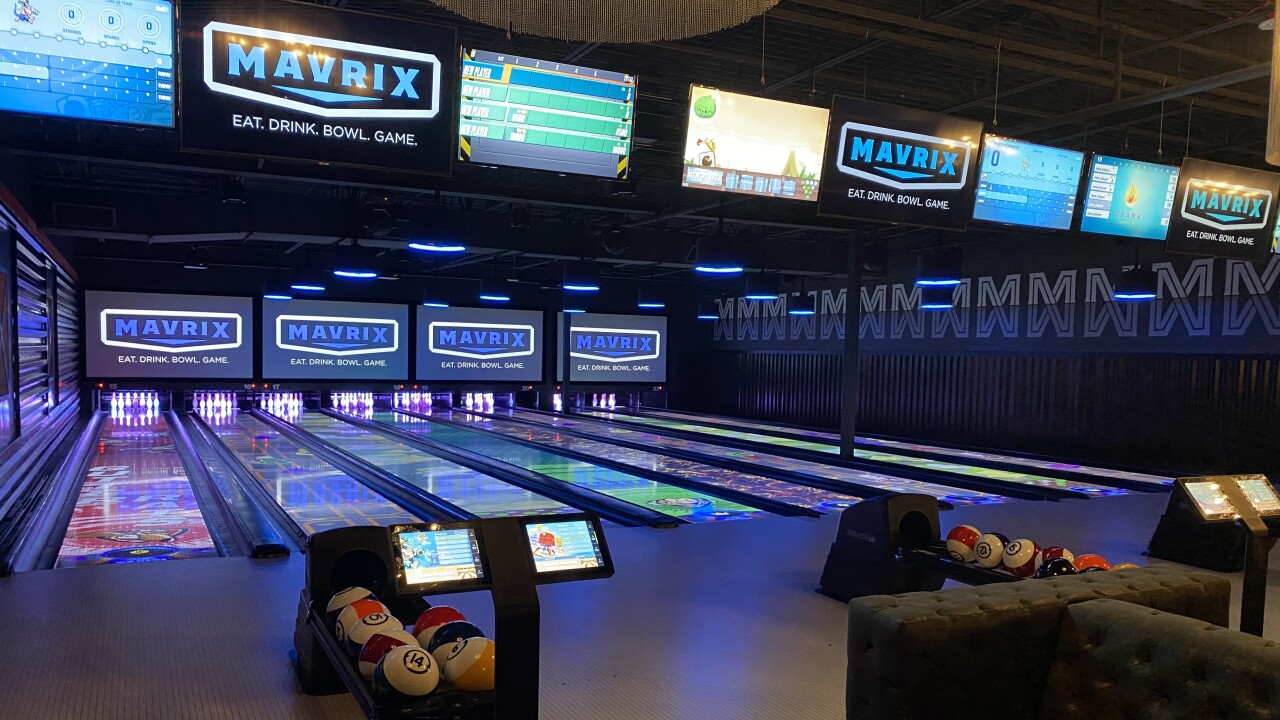 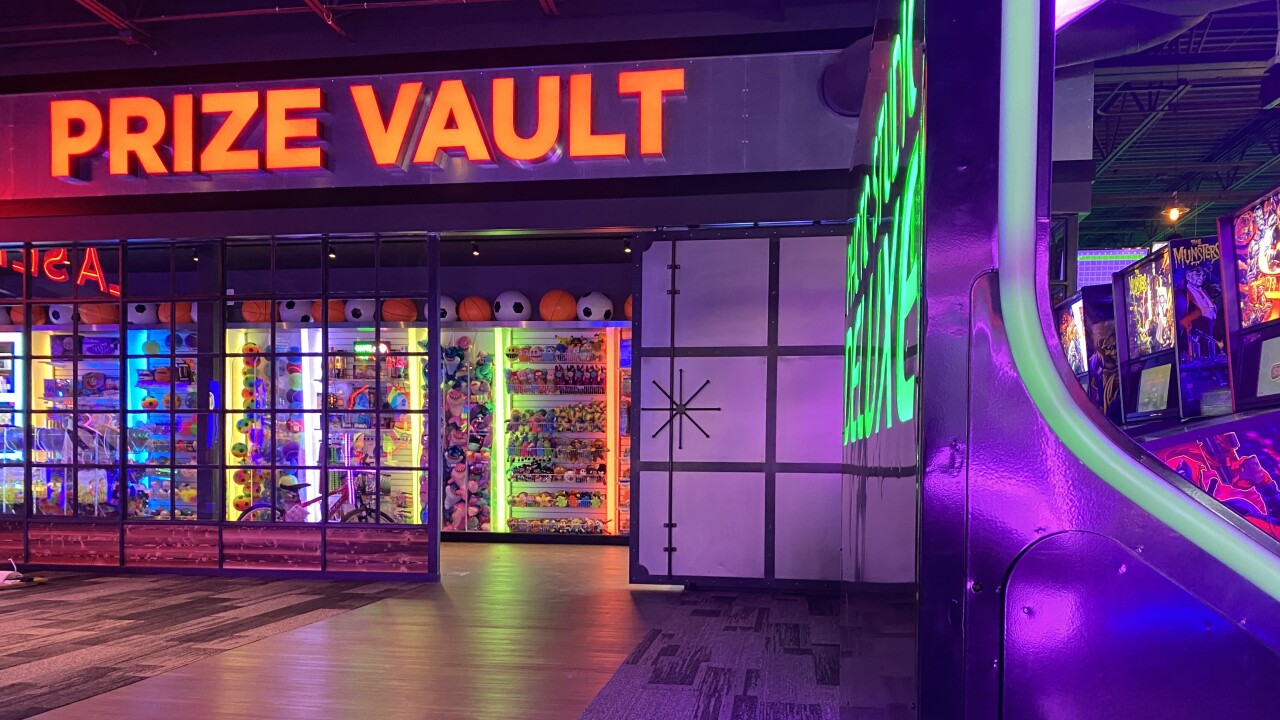 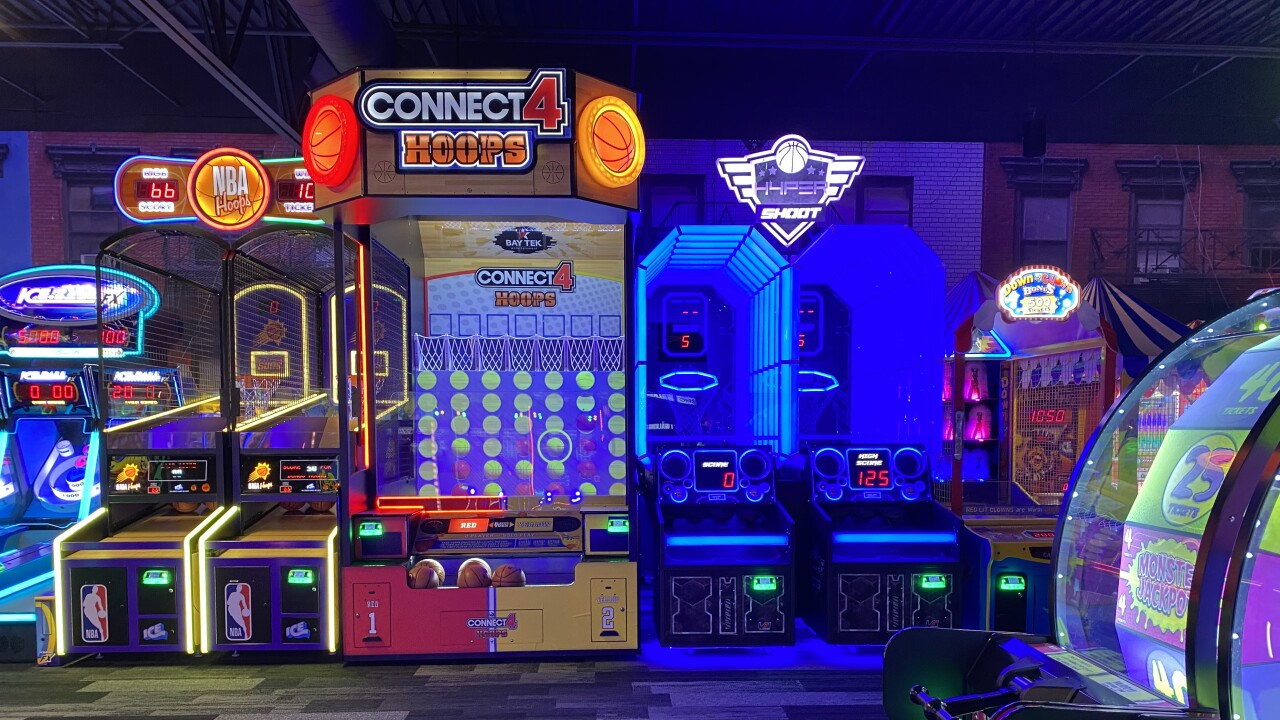 TALKING STICK ENTERTAINMENT DISTRICT, AZ — From bowling and laser tag to arcade games, there is no shortage of potential fun at Mavrix, the latest attraction to open within the Salt River's Talking Stick Entertainment District.

The 50,000-square-foot venue is home to 22 bowling lanes, a laser tag arena, 85 arcade games, a restaurant and four bars. It is set to open at 5 p.m. on Saturday, March 7 within the Pavilions at Talking Stick shopping center near the Loop 101 and Talking Stick Way near Scottsdale.

The area is home to a number of attractions: iFLy, Medieval Times, RoadHouse Cinemas, Odysea Aquarium, Butterfly Wonderland, and TopGolf.

Mavrix is the latest concept from the owners of Octane Raceway, which is located next door. Both concepts will eventually share an outdoor space that will have a bar made from two shipping containers and outdoor games.

ABC15 was given a sneak peek on Thursday. Here is what people can expect.

Mavrix has 22 bowling lanes, 14 of which have the 21st Century setup most people are likely used to: lounge-style seating, tables, flatscreen TVs, and large projection screens over the pins that show music videos.

Eight lanes, considered the VIP lanes, use Spark technology to create an immersive experience that "takes bowling to the next level," said JP Mullan, chief operating officer at Octane Raceway. He added that Mavrix is one of three venues currently in the world to have the technology.

"It has an augmented reality experience. We have laser projectors that shoot down images and then when you bowl the ball, it actually interacts with the lanes," Mullan said.

There are eight experiences total. One is based on the Angry Birds franchise where green pigs and blocks are projected onto the bowling lane and as people bowl, the pigs and boxes are knocked down and the bowler earn points. Another experience looks like lava and as the ball rolls down the lane, it is followed by a virtual fiery path.

Mullan said Mavrix has a 4,000-square-foot laser tag arena where up to 24 players can compete in a "Capture the Flag"-style game.

Over in the arcade, people will find more than 80 games, from virtual reality experiences to claw games, pinball, and racing games. Games include Connect 4 Hoops, NBA Hoops, Nerf Arcade, and Jurassic Park. People will also be able to use their game card to play the games at Octane Raceway.

THE RESTAURANTS AND BARS

For those wanting to grab a bite to eat or a drink between games, Mavrix has the "Trophy Room" restaurant and bar, plus three other bars throughout the venue (one of those bars is the outdoor bar that is still under construction).

Trophy Room's food menu features a variety of American and southwestern fare, including burgers, pizzas, tacos, burritos, salads, and more than a dozen shareable items. The drink menu has a variety of craft beers, wines, and cocktails.

HOW MUCH DOES IT COST?

In terms of pricing, each activity has its own costs.

Bowling: $30-$60 per lane per hour. Each lane can accommodate up to six people. Pricing is highest on weeknights and weekends and to bowl on the Spark bowling lanes.
Laser Tag: $8 per person per game
Arcade: $5-$50, depending on the number of credits you would like to purchase.