Fantasy of Lights parades in downtown Tempe canceled for 2020 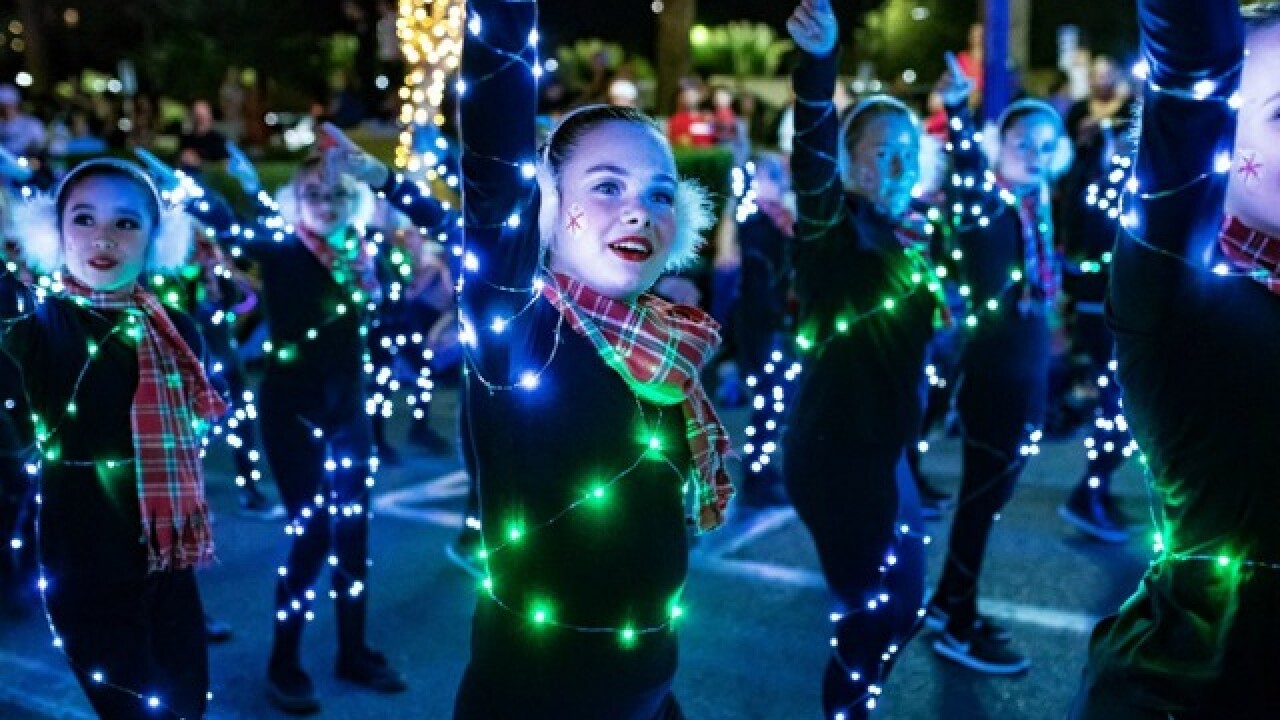 Instead, the Downtown Tempe Authority will live stream holiday tunes and greetings from Tempe officials including Mayor Corey Woods and council members, and a special visit from the North Pole on its Facebook page on Thanksgiving night, Nov. 26. The "Downtown Tempe Holiday Special" is scheduled to start at 7 p.m.

“We are disheartened by the cancellation of these beautiful parades and realize this will impact our downtown merchants. But this decision was not taken lightly as we know how important these parades are to the community. We only want to produce events that demonstrate our commitment to quality safety," said Kate Borders, executive director of the Downtown Tempe Authority, in a written statement.

Both events are expected to be back in 2021, a news release said.

TEMPE FESTIVAL OF THE ARTS TO GO ON, BUT MODIFIED

The Tempe Festival of the Arts, a fall staple of Tempe's seasonal events, will go on as planned, though the event has been modified to encourage social distancing in light of the pandemic, Borders said.

Because the event is outside and spread along Mill Avenue, there is room for people to socially distance themselves, a news release said.

Artists and their booths will be separated by at least six feet, masks will be required, and there will be hand sanitizer at every booth and throughout the festival, organizers said.

Here are the changes: most programming and live entertainment will not be part of this year's festival, such as balloon animals, face painting, and street shows. Also, there will be no alcohol served inside the festival, but people are able to visit the nearby bars and restaurants to grab a drink.

The APS Light Parade, another staple of the holiday season, has not yet announced its plans for the 2020 season, as of this writing.

"Parade organizers are considering options to present this event in a way that honors the tradition of the parade, while maintaining COVID-19 safety protocol​ for staff, participants and community members," a note on the City of Phoenix's website read.

Gregg Bach, a spokesperson for the City of Phoenix's parks and recreation department, said in an email Wednesday that the city, APS, and ABC15, who sponsors and broadcasts the event, were working together to finalize the details on how to best present this year's parade.

Details would be announced soon, he said.