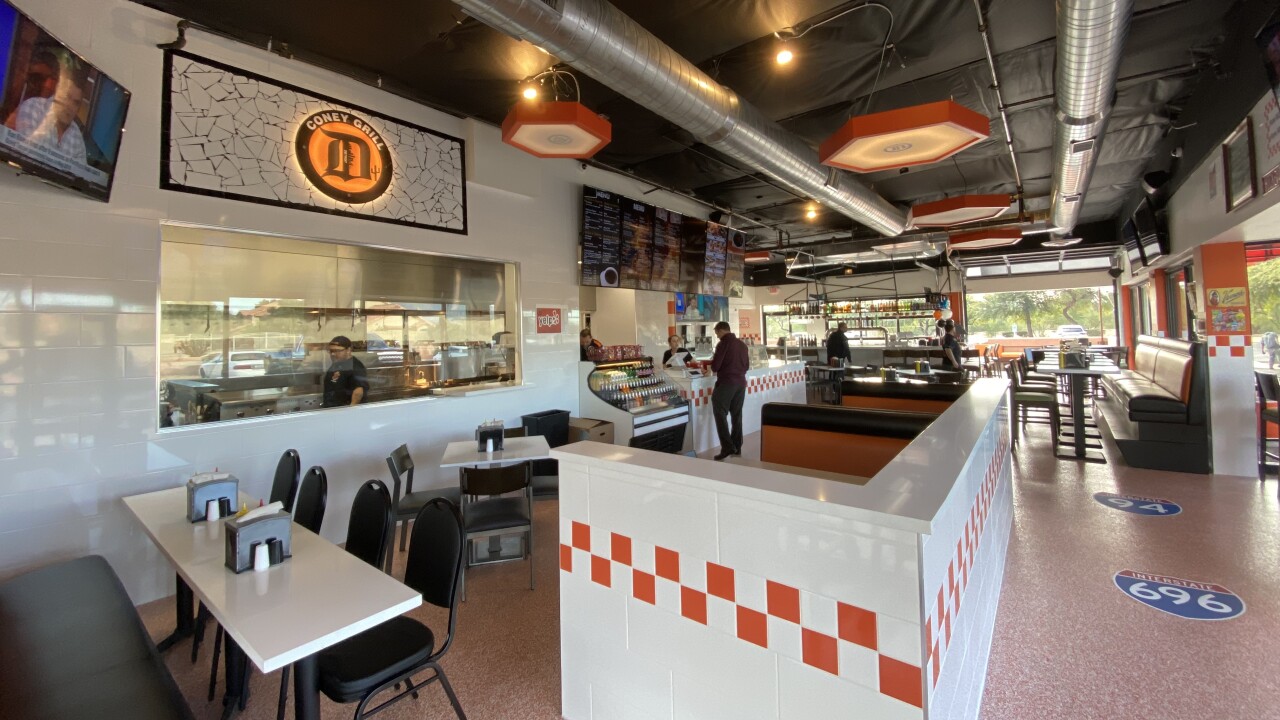 TEMPE, AZ — The Steak 'N Shake along Tempe's Mill Avenue has closed, though another restaurant has already claimed the space to bring burgers, hot dogs, and some Detroit favorites to the area.

David Najor, who owns Detroit Coney Grill, confirmed to ABC15 that he signed a lease earlier this week to take over the former Steak 'N Shake space at ASU's Brickyard building, which is located near Mill Avenue and 7th Street.

"I'm excited, very excited," he said. "Very excited. With what's going on, I'm nervous, but, ya know, it’s cliche, but this is the God’s honest truth -- when the going gets tough, the tough get going. We can’t stop. We have plans."

Najor said the recent development over the years -- including more residential housing, hotels, and the "Mirabella at ASU" project, a senior-living high-rise currently under construction -- and being located near ASU, were ideal factors in opening along Mill Avenue.

Detroit Coney Grill has three locations in the Valley: two small quick-service eateries in downtown Phoenix and Tempe, and a larger fast-casual restaurant in Scottsdale that has a bar, outdoor patio, and serves alcohol.

Similar to the Scottsdale location, Najor said the Mill Avenue location would have a bar and serve alcohol. He also plans to add garage-style doors to connect the dining room and the outdoor patio, as well as TVs so people can watch sports games, once those return.

And Najor wants to open as quickly as possible; he's aiming for September. Though, due to COVID-19, that ultimately depends on city permits and approvals, liquor board approvals, and what, if any, restrictions are in place at that time.

As for the existing Tempe restaurant near Broadway Road and Hardy Drive, Najor said he is still considering his options. He might leave that location as is or he might change it to something else, he said.

Steak 'N Shake, a popular fast-food chain predominantly in the Midwest and East Coast, closed in May. Arizona State University, which is the landlord of The Brickyard building, repossessed that location after the franchisee violated the lease agreement, according to a notice that was posted to the door.

Steak N' Shake did not return ABC15's requests for comment.