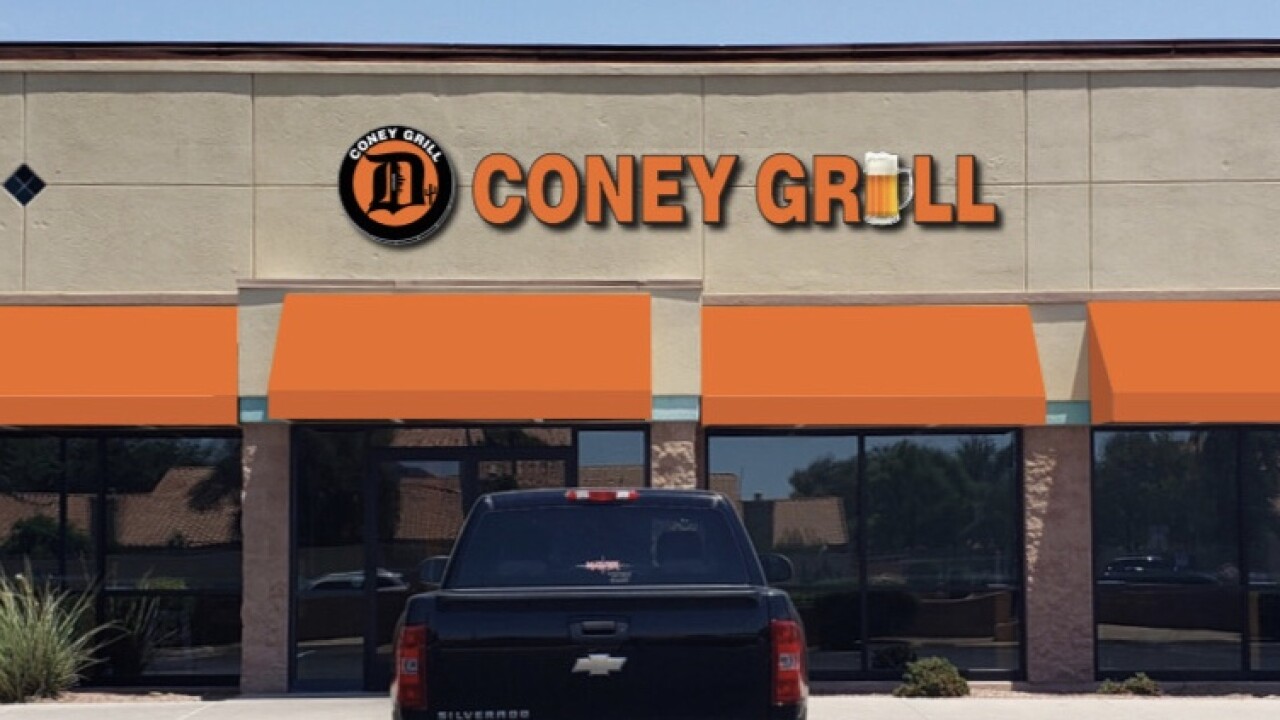 SCOTTSDALE, AZ — Everyone likes to have a taste of home.

For Michiganders, those staple items could include coney dogs, a hot dog loaded with chili, onions, and mustard stuffed into a steamed bun; superman ice cream, which is a blend of red, blue, and yellow-colored ice creams; Mackinac Island fudge; and a few other name-brand chip, pickle, "pop" -- er, soda -- and chocolate companies.

Those looking for some of those Detroit, Michigan flavors will soon have another place to get them in the Valley -- at Detroit Coney Grill, which is opening a third location in the Valley.

In an interview with ABC15, owner David Najor said unlike the two locations in downtown Phoenix and Tempe, the Scottsdale location would be a full-service restaurant and sports bar serving breakfast, lunch, and dinner; would have TVs to watch Detroit's sports teams, longer hours, and a 1,200-square-foot covered patio with misters, heaters, and a second bar. (There was a short-lived location at Superstition Mall, but that closed in 2018.)

The Scottsdale restaurant will take over the former "Killer Burger" space near Indian Bend and North Hayden roads, Najor said.

He said demolition and some construction began two weeks ago. He anticipates opening in early October.

Breakfast at the Scottsdale restaurant will be simple -- skillets, omelets, and breakfast burritos, to name a few items -- and the restaurant's staples would be on the lunch and dinner menus, such as coney dogs; double, triple, even quadruple patty burgers, as well as loose burgers. Sides include fries, chili-cheese fries, tots, and onion rings.

For those looking for some Mediterranean cuisine, the menu will also have gyros, chicken pitas, and a Greek salad -- all of which are available at the other two locations.

He will also have Vernor's Ginger Ale, Faygo soda, Better Made chips, and that famous superman ice cream, along with shakes and soda floats.

At the bar, Najor said there would be a dozen beers on tap, including local Arizona beers, but that he was also looking to try and get Michigan beers and other East Coast brews on the tap list, such as Stroh's, which is based in Michigan, or Toronto, Canada-based Labatt.