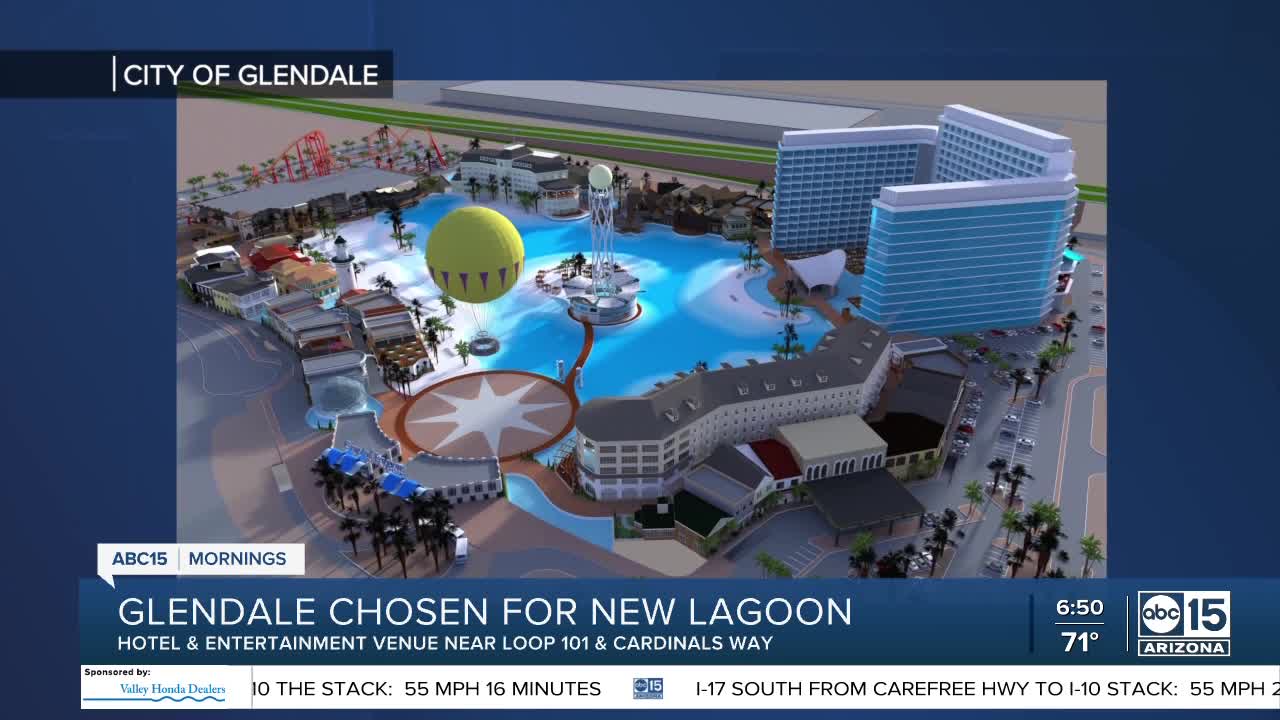 A new entertainment venue including a lagoon is set to be built in Glendale. 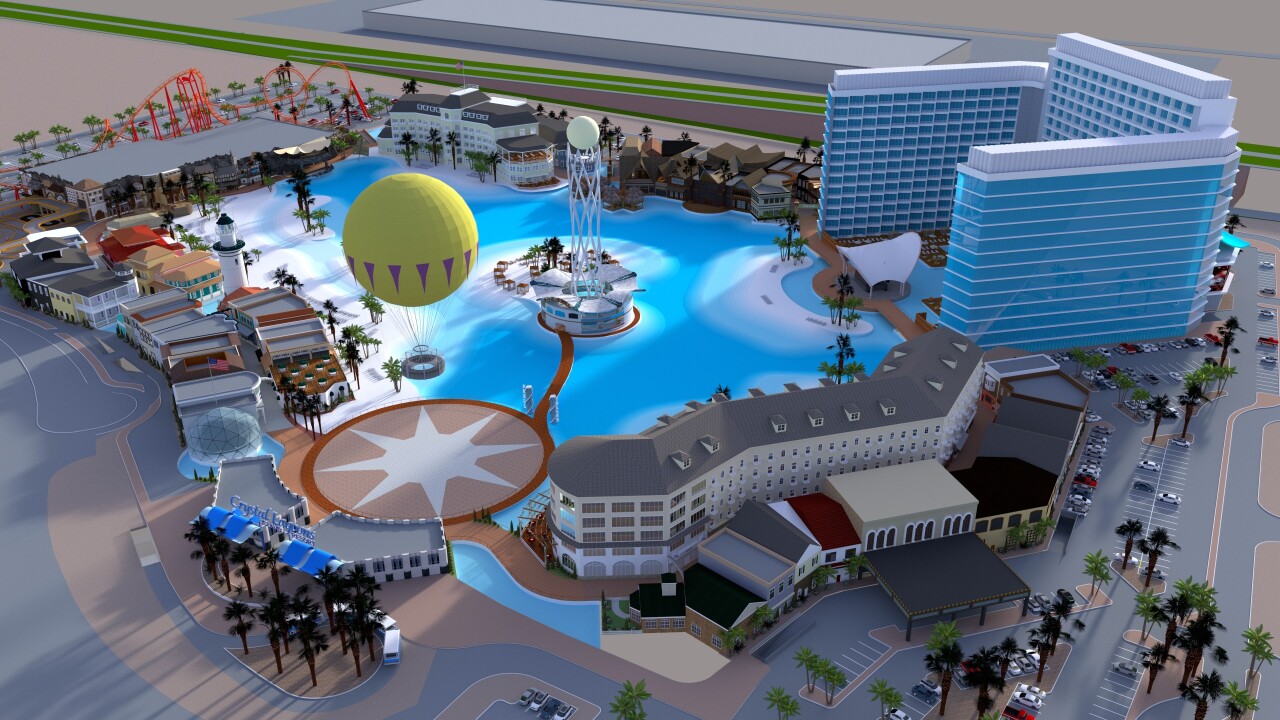 GLENDALE, AZ — Glendale's entertainment district could eventually be home to a massive island-like resort and water park with beaches, pools, amusement rides, restaurants, and a hotel -- and all ahead of Super Bowl LVII in 2023, which will be hosted at State Farm Stadium, if all goes according to plan.

Glendale City Council announced Tuesday evening that it had taken a "first step" in the process and approved an agreement with ECL Glendale, LLC, to build "Crystal Lagoons, Island Resort," a large entertainment development on the southeast corner of Cardinals Way and the Loop 101, across the street from Westgate Entertainment District.

The development's highlight is an 11-acre lagoon with sand beaches and palm trees that are surrounded by a 600-room hotel, restaurants, stores, entertainment venues, and other attractions, such as a tethered hot air balloon, a 4-D theater, and a family entertainment center.

It is expected to be completed and open in 2022, the city said in a news release.

“An amenity of this magnitude adds to Westgate’s mega event appeal and will generate significant revenue to support residents, businesses, and the state as a whole. A project of this type is a testament to the trust and faith that businesses continue to have in Glendale," said Glendale Mayor Jerry Weiers.

In news release, the project is expected to bring $700.8 million in new sales, property, and bed tax to the state over the next 25 years, of which $240.5 million are estimated to benefit Glendale, the city said in a news release.

Jay Crandall, a spokesperson for the City of Glendale, confirmed in an email that Glendale City Council did vote to waive up to $1 million in fees for the project, as reported by the Arizona Republic, but said the developers would pay an excise tax.

On Sept. 22, the city council will vote on two land agreements and a parking agreement related to the project, Crandall said.

Editor's note: This article has been updated to include additional information about taxes and fees related to the project, and the upcoming Sept. 22 meeting.