College Bar & Grill near ASU's Sun Devil Stadium is closing. Here is what we know. 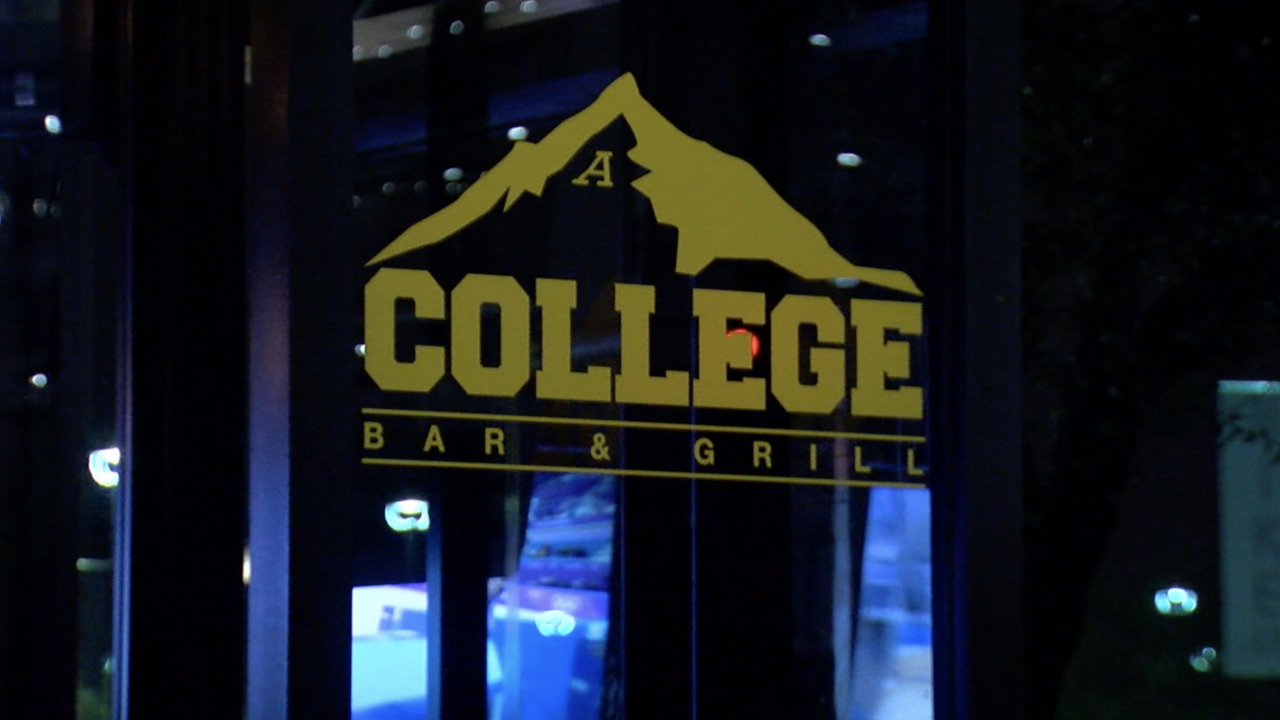 TEMPE, AZ — Editor's note: The article below has been updated to clarify that University Realty is a separate legal entity from ASU, according to a spokesperson.

College Bar & Grill, a popular hangout for Arizona State University fans near Sun Devil Stadium in Tempe, abruptly announced Tuesday that it would close at the end of the business day.

"We would like to formally announce that College is (temporarily) closing effective at the end of business today," according to a statement released Tuesday afternoon via its social media channels (parenthesis part of the original statement).

The owners also went on to thank the customers, athletes, and alumni who visited the bar over the years.

As for why it closed: the building will be changing ownership.

Grady Gammage Jr., who said he built the building near College Avenue and Veterans Way 20 years ago and maintains ownership of it, said he decided to partially sell/partially donate the building to University Realty, a legal entity and subsidiary of ASU Enterprise Partners, which monetizes donated real estate to benefit the university.

He told The State Press, ASU's student newspaper, that the deal was expected to close by the end of the year.

In a phone interview with ABC15, Gammage Jr. said he wanted to get out of the real estate investment business, which is why he was selling the building. He also owns a law firm and teaches at ASU.

He said the closing of College Bar was not unexpected. He alleged that the owners have not paid their rent in a year and knew that they were going to have to close at the end of ASU's football season. (ASU defeated UArizona 24-14 on Saturday, for the record).

Gammage Jr. said that particular location is a tough one for restaurants, adding that he has had 13 tenants in that space over the years. He said during football season, it's busy, but outside of that, it is not. He said the rest of the building is mostly office space and that those tenants will remain.

Nick Nicholas, who opened College Bar with Joe Healey, said in a phone interview with ABC15 that the plan was to close on Wednesday, but after press got wind of the story, it was recommended to them that they close earlier.

"We are not going out of business. We were not failing at our business. It's one of those things where, ya know, logistics didn't work out for us at this time," he said.

He thanked the ASU community and fans for the opportunity and said he has begun to look at other options to open "College Bar 2.0," or whatever name they decide to choose going forward.

In a tweet, Healey said, "Heartbroken but grateful. It's frustrating as hell not to go out on our own terms. We will be back, hopefully very soon. Thank you all."

Heartbroken but grateful. It's frustrating as hell not to go out on our own terms. We will be back, hopefully very soon. Thank you all. https://t.co/tZj3qOxZFu

As for what the future of the building will be, that remains unknown.

In a statement, a spokesperson for University Realty said, "Gifts to ASU come in all forms — cash, checks, collections and even land. Gifts of real estate are handled by University Realty, a 501(c)(3) that accepts and monetizes commercial office, industrial, retail and multifamily buildings, as well as vacant land received from philanthropic real estate gifts from donors. Those gifts are monetized to benefit university efforts."