CMA Awards 2019: 3 performances you do not want to miss during the 2019 Country Music Association Awards 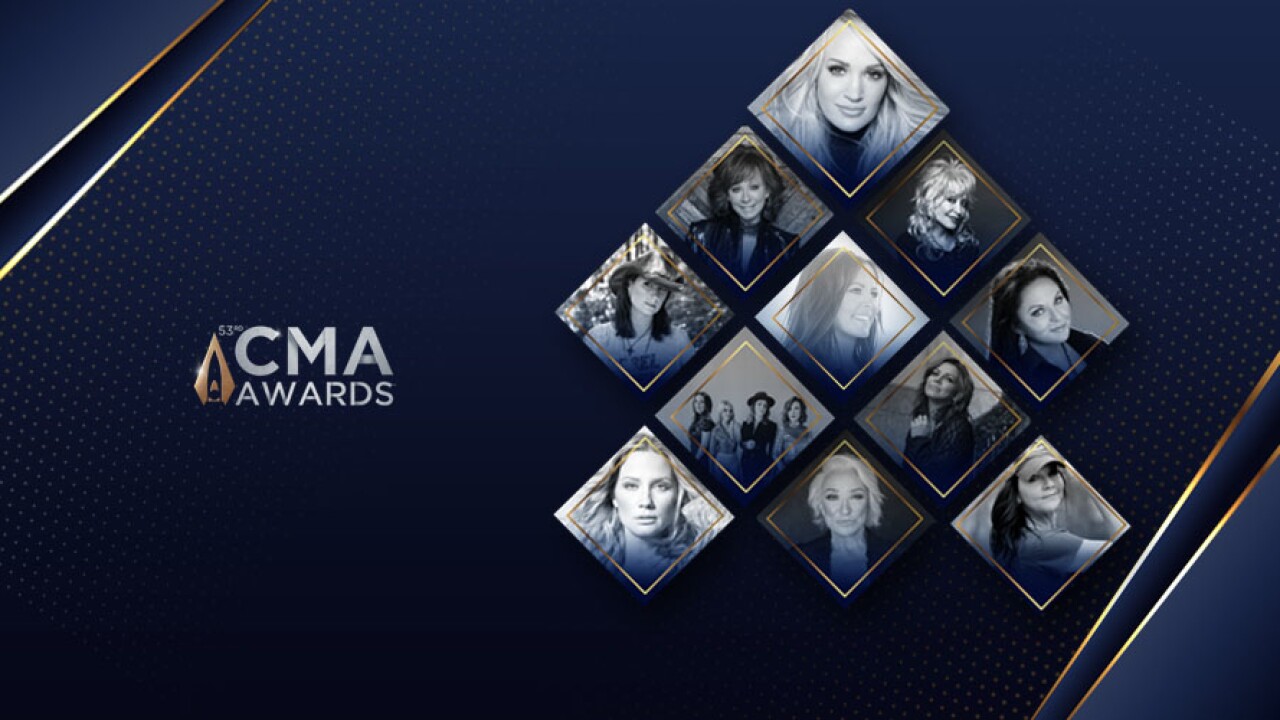 Country superstar Carrie Underwood will host the 53rd CMA Awards on Wednesday evening from Nashville's Bridgestone Arena. She will be joined by fellow guests hosts and country legends, Reba McEntire and Dolly Parton.

Tickets to the show have sold out, but you can watch all of the action on ABC15! The show starts at 7 p.m.

Before the show begins, here are three performances not to miss:

The opening performance of the Country Music Association Awards is said to be "historic" and "not to be missed," according to an ABC news release.

Fourteen country women will grace the stage to perform iconic country songs in what will be a "monumental decade-spanning medley never before seen," the release said.

Country singer Kris Kristofferson will receive the Willie Nelson Lifetime Achievement Award at the CMA Awards. Dierks Bentley, Sheryl Crow, Chris Janson and John Osborne will perform Kristofferson's song, "Me and Bobby McGee." Kristofferson will not be at the award show, according to ABC.

“Kris is a living legend whose impact on our genre has been monumental,” said Sarah Trahern, CMA chief executive officer, in a prepared statement. “He is the definition of an icon and someone our community holds with such high regard. I’m thrilled our Board selected Kris this year for one of CMA’s highest accolades. Though he won’t be joining us at the CMA Awards, I hope our tribute performance brings a big smile to his face.”

According to his website, Kristofferson has a concert scheduled in Davenport, Iowa on the night of the CMAs.