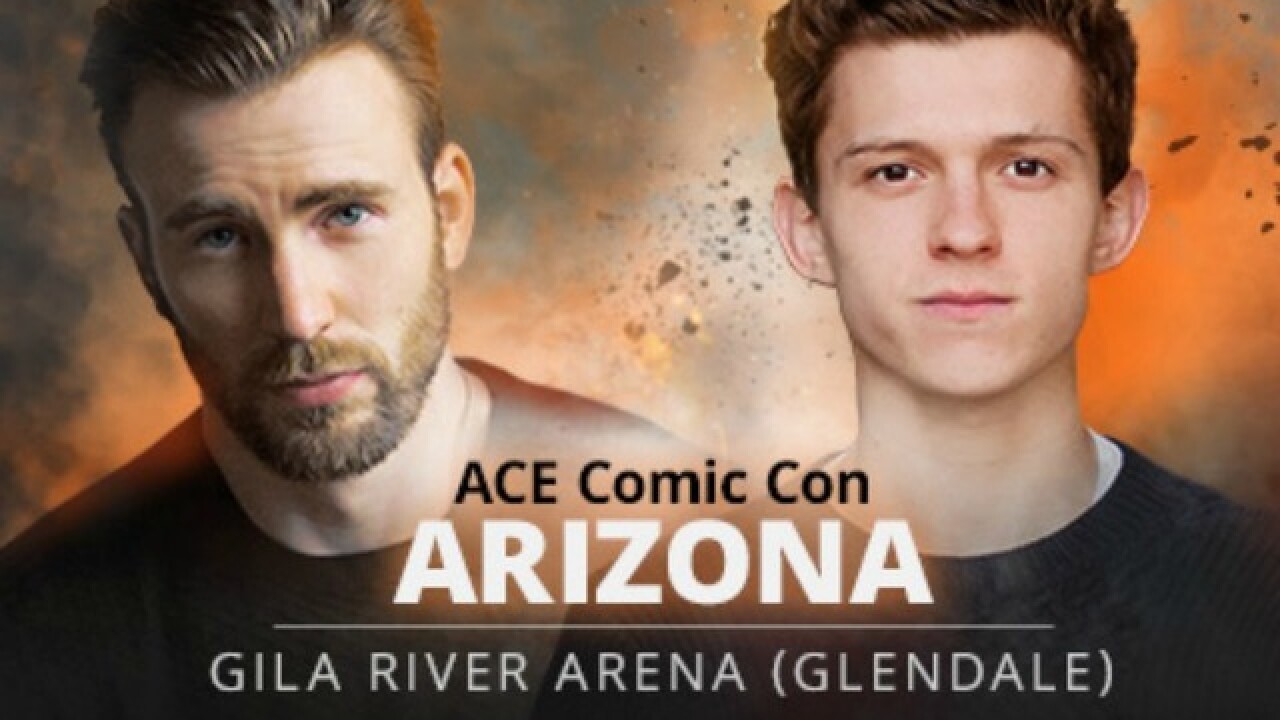 Captain America himself, otherwise known as actor Chris Evans, and Tom Holland, the actor who played Spiderman in Spider-Man: Homecoming, will visit Glendale early next year for a new comic con experience.

The con is called Ace Comic Con Arizona and is described as a "new style of Comic Con," according to a prepared statement from Gareb Shamus, ACE Universe Chairman and CEO, where programming will be screened on Gila River Arena's scoreboard and streamed through social media, and fans will be able to get autographs and take photos with celebrities.

"When you listen to the fans, these are the stars that are most requested, so securing the main cast members from both Marvel franchises makes this a can't miss weekend," said Stephen Shamus, president of ACE Universe, in a prepared statement.

General admission passes start at $45 - $55 for individual days, and $95 for a 3-day pass, according to the website. Those include access to the exhibitor hall, workshops and ability to watch panels streamed on the scoreboard.

Al la carte autograph signings and photo meet-and-greets are extra and range between $35 and $310, depending on who is signing and who is in the photo.

Some sessions are only part of VIP packages, which include weekend passes, autograph signings, photo ops, and tickets to the panels. Those vary between $280 - $910, depending on who the photo op or autograph signing is with.

The release said more guests would be announced soon, including WWE superstars.

Arizona is the second comic con under ACE Comic Con, a division of ACE Universal. The debut con will be in December in Long Island, New York with Henry Cavill (Superman) and Gal Gadot (Wonder Woman).