Chicago's Portillo's plans to open restaurant in Avondale on August 15 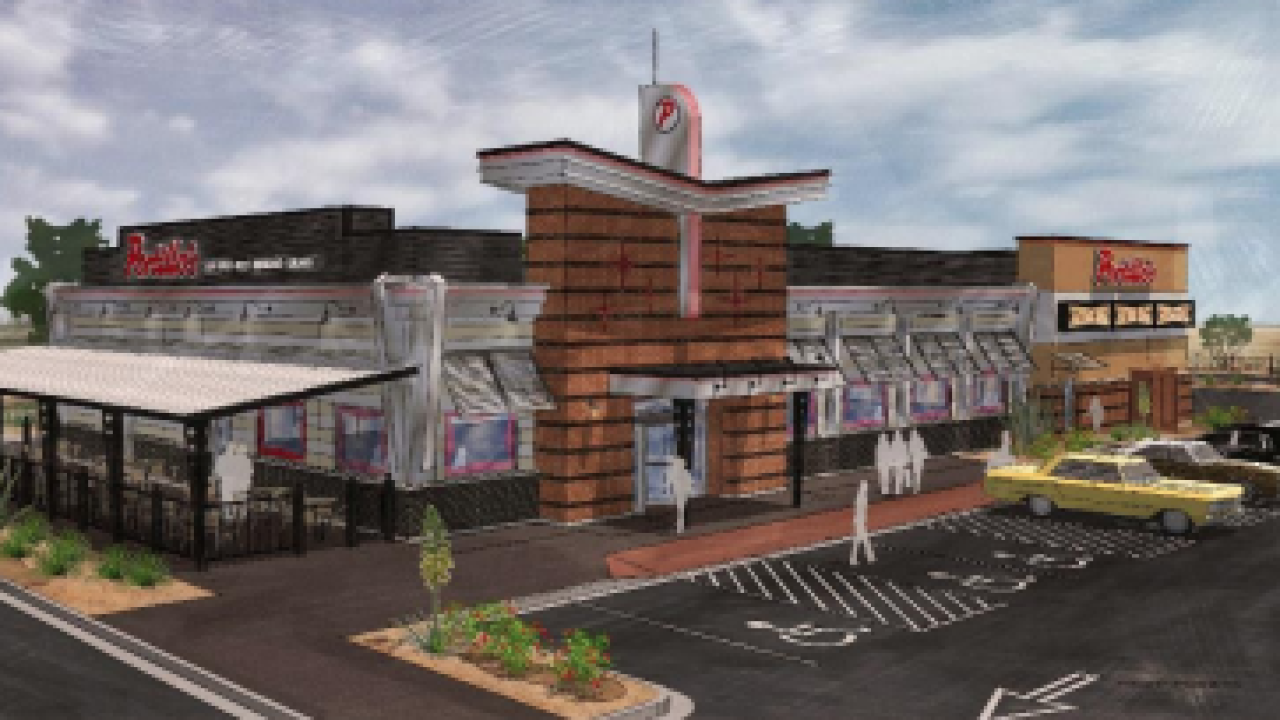 AVONDALE, AZ — Foodies in the West Valley will not have quite as long of a distance to drive to curb their cravings for one of Portillo's Italian beef sandwiches or a chocolate cake shake. Or much of a longer wait either.

That is because the Chicago-based restaurant chain expects to open its third restaurant in the Valley -- in Avondale -- on Aug. 15, 2019, barring any last-second delays, according to Jeff Deppe, the director of new restaurant openings for Portillo's.

A ribbon cutting ceremony is scheduled for 10:30 a.m.

Construction on the 9,000-square-foot restaurant was nearing completion at 10331 West McDowell Road in Avondale, near Interstate 10 and 107th Avenue, he said.

The Avondale restaurant will have seating for up to 200 people, its signature 1950s and 1960s decorations, and a two-lane drive-thru, the company announced earlier this year. It will be the chain's 61st restaurant, most of which are in and around Chicago.

Deppe said the restaurant was looking to hire 160 people. They began hiring a couple weeks ago, he said. View current openings.

Portillo's has two other restaurants in Scottsdale and Tempe. There is also a stand inside Chase Field in downtown Phoenix.

ARE MORE PORTILLO'S RESTAURANTS ON THE WAY FOR ARIZONA?

Last month, a rumor appeared in a Facebook group that Portillo's was looking to open another location in Gilbert. A spokesperson for the Town of Gilbert said no building permits or plans had been filed by the company.

And during Tuesday's interview with Deppe, he said he had not heard of any plans involving Gilbert specifically, but did say the company is looking to open more restaurants in Arizona.

"I have not heard that township in particular, but I do know that we are looking at other Arizona locations," he said.

Editor's note: The restaurant's opening date has been updated, based on new information from a Portillo's spokesperson.