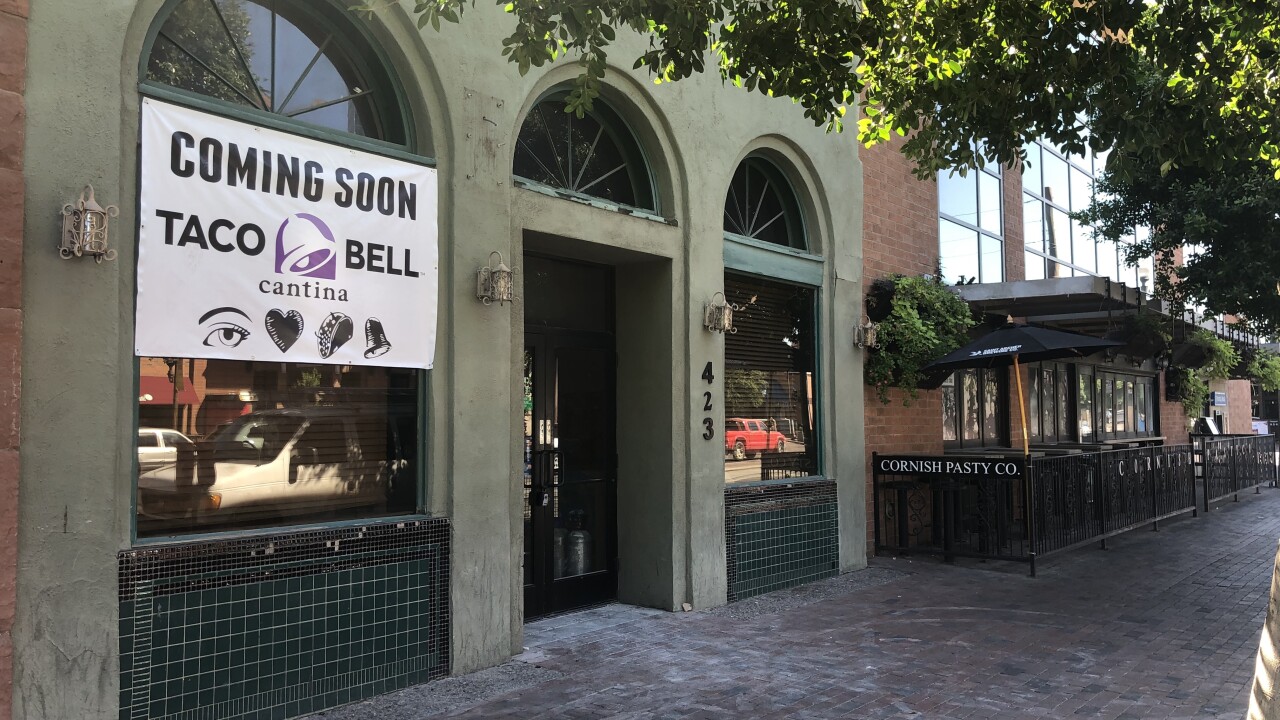 TEMPE, AZ — Just in time to ring in the New Year, one of Taco Bell's boozy cantinas has opened on Tempe's Mill Avenue, a spokesperson for Taco Bell Corporate confirmed to ABC15.

It is the second Taco Bell Cantina to open in the Valley. The first opened in December 2018 within the Collier Center in downtown Phoenix.

While the restaurant has much of Taco Bell's regular menu, the cantina concept serves beer and alcohol-infused slushies, called "Twisted Freezes." It also features a number of shareable appetizers, such as cheesy bacon jalapeño dippers, chicken tenders and chili-cheese-smothered potatoes.

Earlier in the month, Taco Bell announced that it would add 21 items to its "Cravings Value Menu," including the Double Stacked Tacos.

Taco Bell's cantinas do not have drive-thrus and are typically built in areas with high foot traffic.

The first cantina opened in 2015 in Wicker Park, a neighborhood of Chicago. Others have since opened in Las Vegas, Nevada; Austin, Texas; Cleveland, Ohio; and Newport Beach, California.