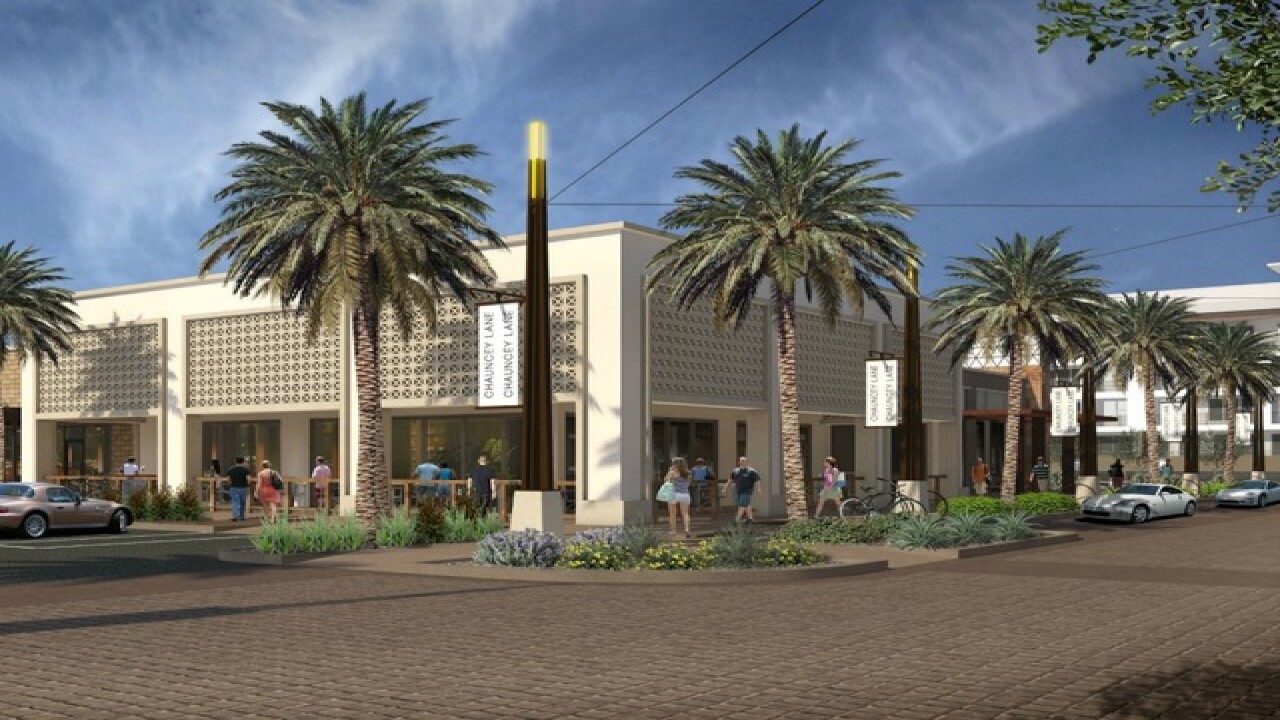 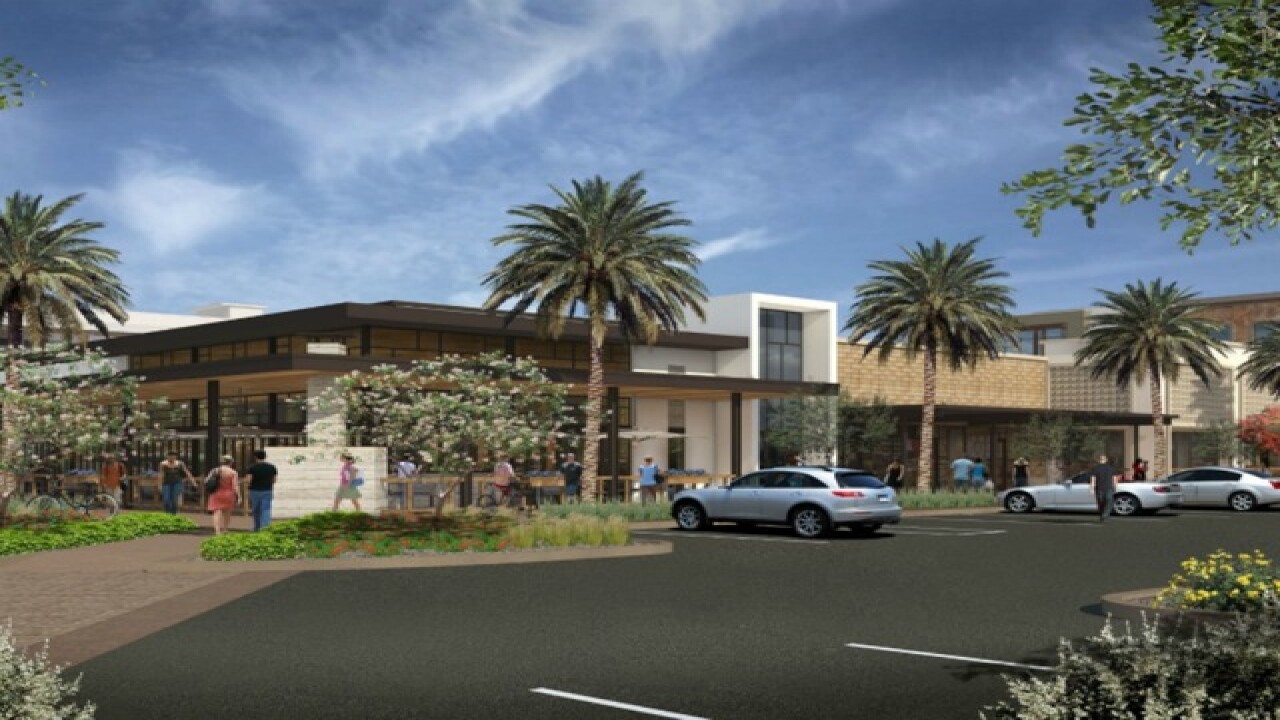 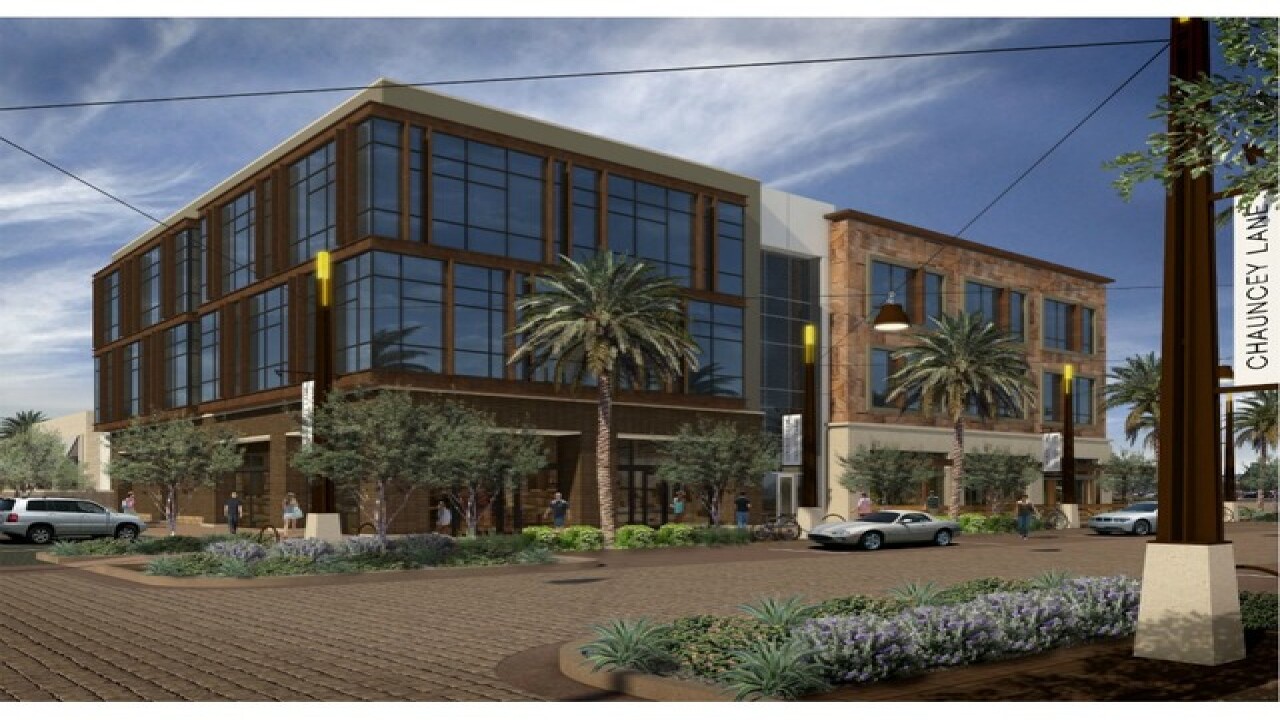 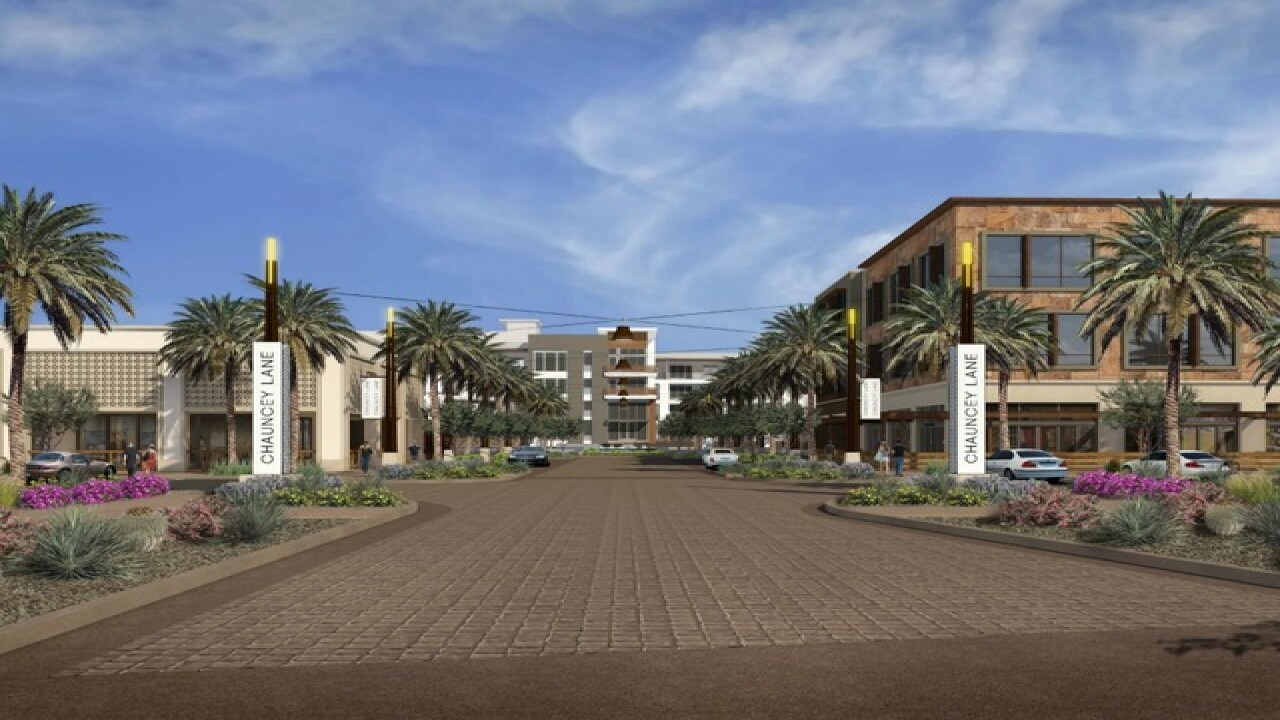 Construction will begin over the summer, the release said, and is estimated to be completed in summer 2018.

You can view four artist renderings in the image gallery above.

No tenants have been announced yet, but the release said the $25 million development will have "a broad range of high-end retailers, restaurants and fitness centers alongside adjacent luxury residences."

"Expect an upscale, interconnected environment that offers virtually everything you need at one address," said David Sellers, president and CEO of LGE Design Build, in a written statement.

LGE Design is the general contractor for the project, the release said.

DBM Venture developed Heritage Marketplace in Gilbert, and is the developer behind Overstreet, a $25 million restaurant and entertainment development under construction in downtown Chandler.