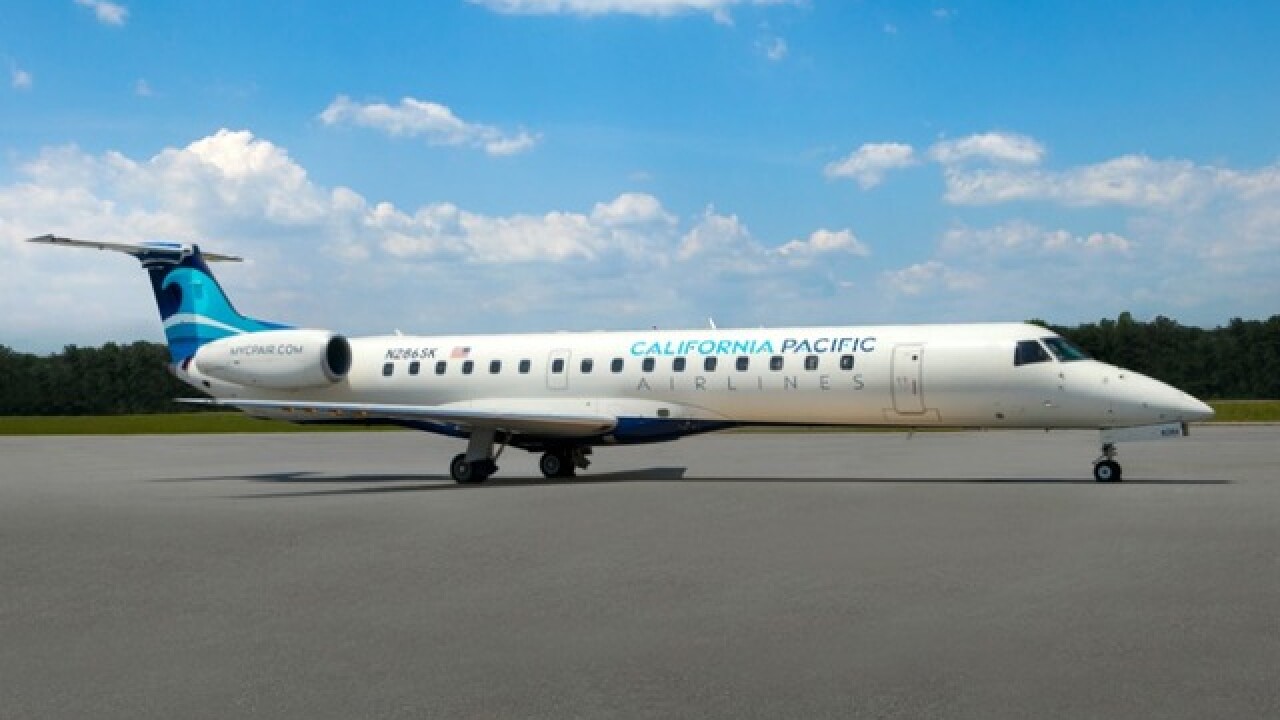 Looking for a weekend getaway to California?

California Pacific Airlines , an airline based at McClellan-Palomar Airport in Carlsbad, California, announced on Friday that it will begin offering flights to Phoenix in November.

Flights will begin on Nov. 15., the airline said.

"Similar to our base in Carlsbad, the Phoenix-Mesa Gateway airport offers no hassle, easy access to the Valley of the Sun from a fantastic facility in the east suburbs," said Mickey Bowman, the airline's chief operating officer, in a prepared statement.

A search of fares in November via the airline's website showed flights starting at $129 each way.

The airline brand acquired Aerodynamics, Inc, an airline based in Kennesaw, Georgia.