Bourbon and Bones to open restaurant at SanTan Village in Gilbert 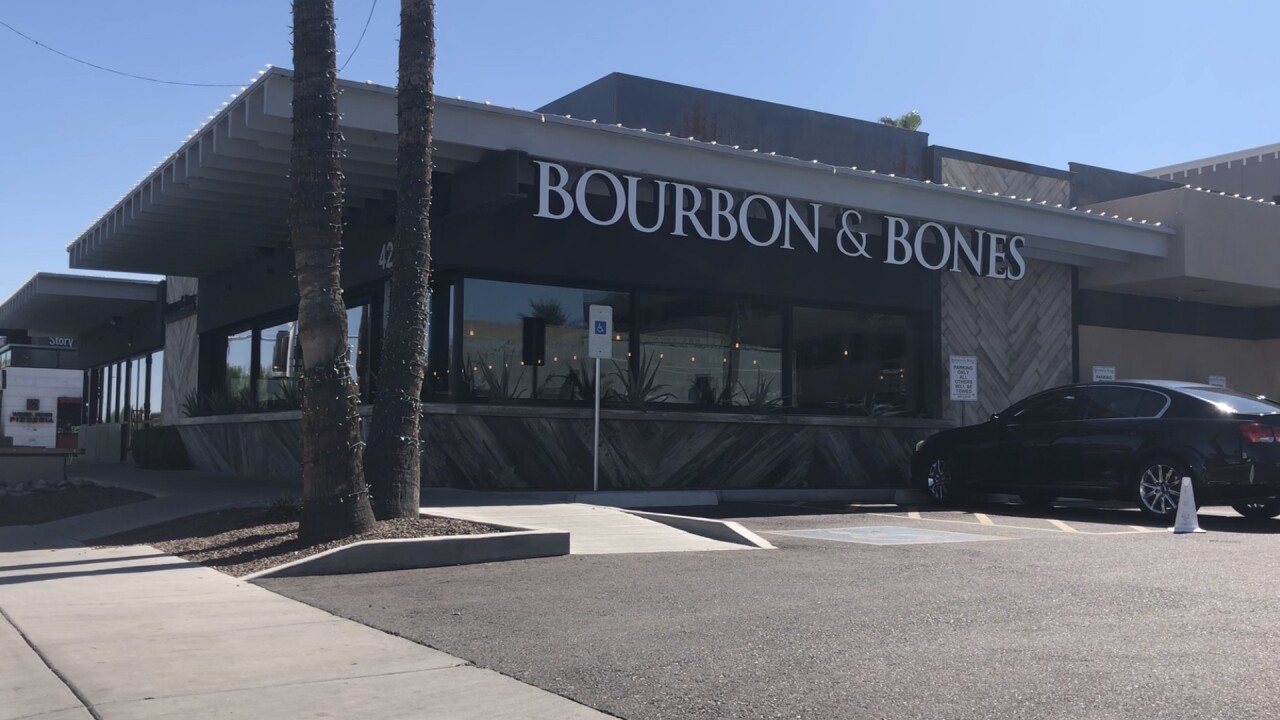 GILBERT, AZ — Scottsdale steakhouse, Bourbon and Bones, announced Thursday its plans to open a second restaurant in the Valley in 2020.

The steakhouse, which opened in Old Town Scottsdale in 2016, is set to join the restaurant lineup at SanTan Village -- near Williams Field Road and SanTan Village Parkway -- in Gilbert, according to a news release.

It will feature a similar design to the Scottsdale restaurant with reclaimed wood, distressed leather booths, and walnut tables, the release said.

It was not immediately clear where within the shopping center the restaurant would be located, however. A spokesperson for the restaurant said the project was still in the "very early stages" and did not have an address available.

The manager of property management for SanTan Village, which is owned by Macerich, said in an email that she was unable to share any information with us.

Bourbon and Bones' menu features a variety of dry-aged and wet-aged steaks and chops, including a 32-ounce wet-aged Tomahawk ribeye and eight-ounce Wagyu filet. They also have a raw bar, seafood towers, crab legs, soups and salads, and shareable sides, such as the lobster mac and cheese.

It will be one of the latest concepts to open in the area.

Earlier this week, ABC15 learned that Sam Fox plans to open two of his restaurants, North Italia and Flower Child, near Living Spaces and Firebirds Wood Fired Grill. Dog Haus has begun hiring for its newest location at SanTan Village.

Last summer, Firebirds opened on the northwest corner of Williams Field Road and SanTan Village Parkway. Across the street, SandBar Mexican Grill and Cinnaholic, a gourmet cinnamon role concept, opened locations at the "At Home"-anchored shopping on the southwest corner of the intersection.