Ben & Jerry's is coming back to the Valley; will open at Great Wolf Lodge resort near Scottsdale 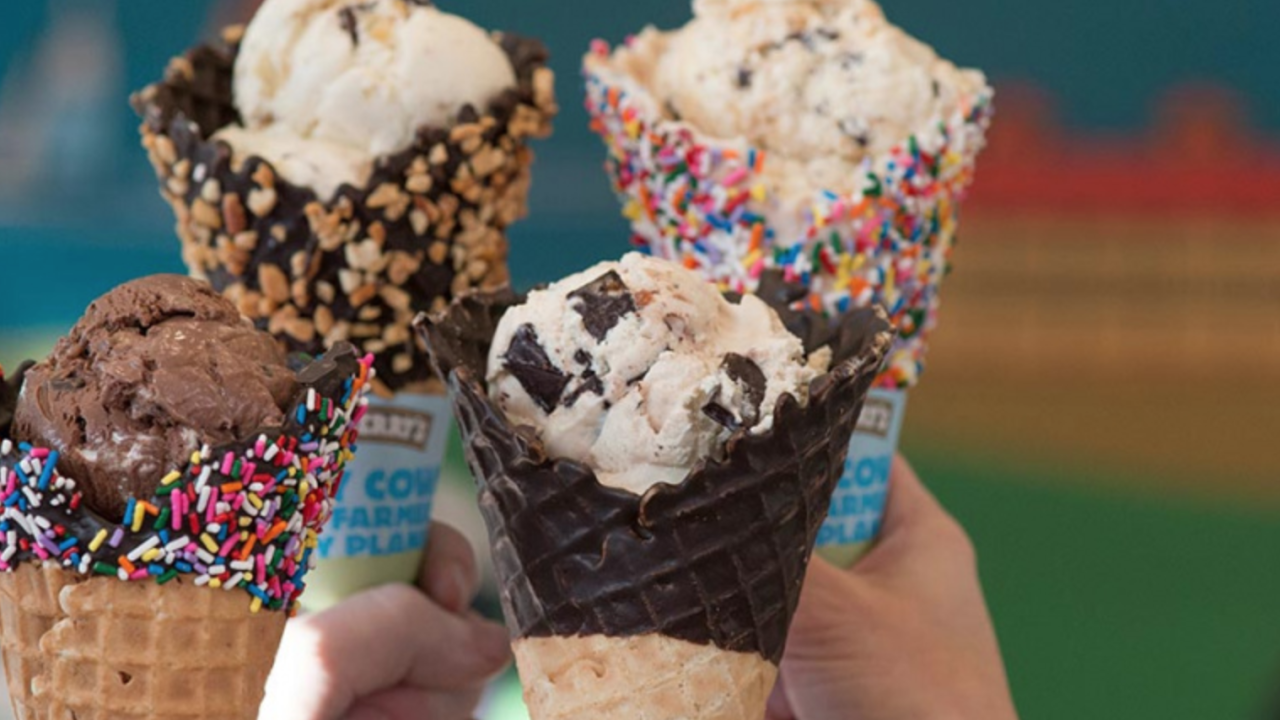 PHOENIX — Ben & Jerry's is making a return to Arizona.

When the Great Wolf Lodge Resort opens later this fall near Scottsdale, it will be home to the state's only Ben & Jerry's ice cream shop. Even better, you will not need to be a guest at the resort to stop by and grab a scoop (or two or three).

While the 85,000-square-foot indoor water park is reserved for guests staying at the resort, the other amenities -- the restaurants, an indoor arcade, miniature golf, and Ben & Jerry's -- are actually open to the public, according to a spokesperson for Great Wolf Lodge and the resort's website.

The 350-room resort is currently being built near Salt River Fields at Talking Stick on the Salt River Pima-Maricopa Indian Community near the Loop 101 Pima Freeway and Talking Stick Way. It is scheduled to open on Oct. 17, 2019. People could start booking their stays back in March.

The Ben & Jerry's location inside the resort will have a walk-up counter for customers.

"The ice cream parlor will be approximately the same size as our other resorts. A true parlor with a nice selection of Ben and Jerry's flavors – typically around 10-14 different options," said Jason Lasecki, director of corporate communications at Great Wolf Lodge, in an email.

A menu was not immediately available or posted online, but Lasecki said all of the resorts carry the same flavors. Photos online showed scoops of ice cream in cups, cones, and chocolate-dipped waffle cones. It is expected to open at the same time the resort welcomes its first guests.

The opening also means that Arizonans will finally be able to participate in Ben and Jerry's annual "Free Cone Day" promotion when Ben & Jerry's ice cream shops across the country give away more than a million free scoops of ice cream. This year's event took place in April, so we will have to wait until next year.

The closest stores currently to Phoenix are in Henderson, Nevada (245 miles away) and Big Bear Lake, California (152 miles away), according to Ben & Jerry's online map locator.

While the opening will mark the only physical location in the state, it is not the first. There were at least two previous locations in downtown Tempe and Scottsdale, according to Laura Peterson, spokesperson for Ben & Jerry's.

Editor's note: The Scottsdale-area location will not have a spa. We have removed that mention from the story.