Battle of the axes: Urban Axes to open in downtown Phoenix on Aug. 23 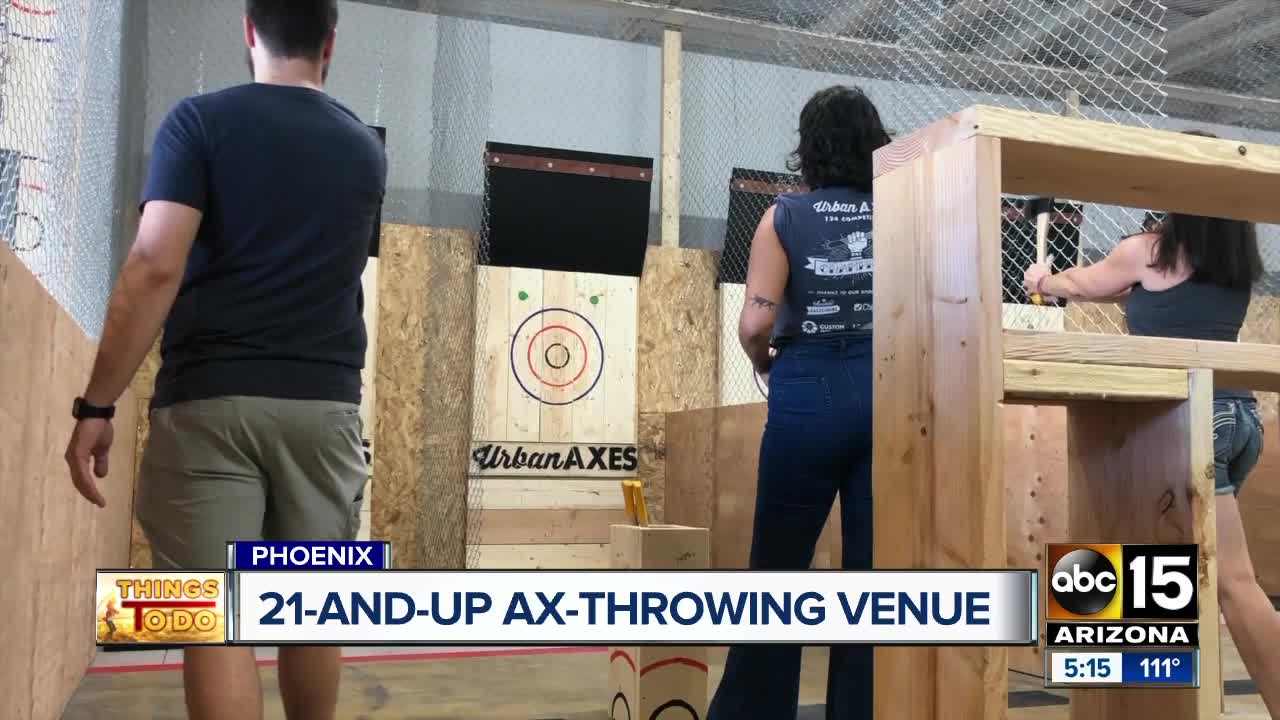 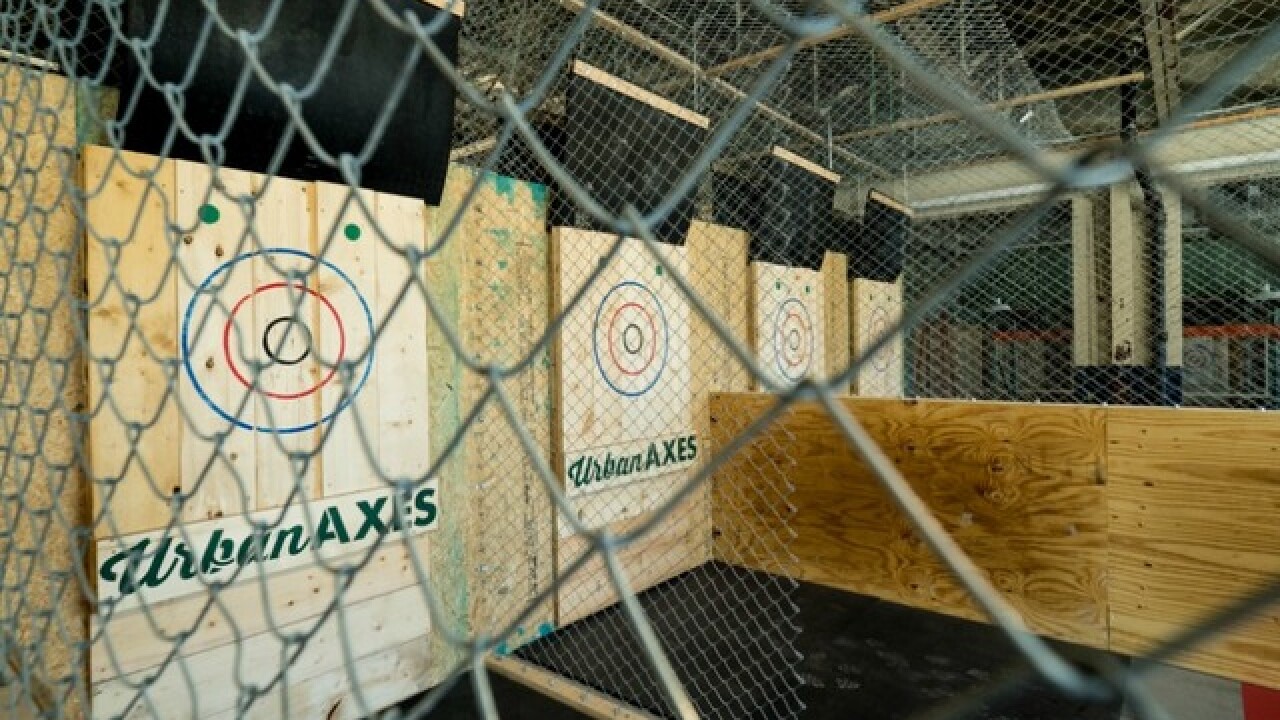 PHOENIX — Instead of "battle of the exes," it will be battle of the axes -- sorry, I had to -- when Urban Axes opens its ax-throwing facility and bar in downtown Phoenix.

And there is not much longer to wait. The adults-only venue will open to the public on Friday, Aug. 23.

The company first announced its plans in December 2018 to open a facility within the Warehouse District, a half-mile south of Talking Stick Resort Arena, near First and Buchanan streets.

Update: @UrbanAxes revealed this morning that its 9,000-square-foot facility in downtown Phoenix (near First & Jackson streets) would open on Friday, Aug. 23. It will have 24 throwing targets. It is an adults-only venue — you have to be 21 to enter. https://t.co/Cs0HTuLu77

The 9000-square-foot venue will have six arenas, 24 targets, and a bar that serves beer, wine and cider. There is no hard alcohol on the menu.

Because it is an adults-only venue, no one under 21 will be allowed inside.

"We need a big space for our concept so finding a big space like this in a big city is difficult to do so when I found it, we had to come and open here," said co-owner Krista Paton. She said Phoenix's size, the Warehouse District, and downtown's revitalization projects also drew the concept's interest to Phoenix.

For its grand opening, people will be able to come in and check out the venue and try their hands at ax-throwing. The cost is $20.

Paton experienced ax-throwing for the first time at a friend's birthday party while living in Toronto, Canada, where the sport is reportedly quite popular (the championship is held there every year), she said. "This is amazing. Why don't we have this in America," she said she recalled thinking.

A year later, Urban Axes opened its first arena in Philadelphia, Pennsylvania. Phoenix will be the company's seventh venue.

When it comes to alcohol and safety, Paton said no one who appears to be intoxicated will be allowed to throw an ax. There are picnic-style tables outside of the throwing arenas where people can hangout and watch other others throw.

"Everyone in the building is trained in safe service of alcohol, from the person who checks you in to the bartenders to the coach. Everyone is always aware and making sure no one is drinking too much," she said.

When people arrive, they will check in and sign a liability waiver.

Up to 12 people can be in an arena at a time. A coach will then teach people about the sport, how to hold and throw the ax, and how matches and scoring works.

The arenas look like a mix of bowling and darts. The targets are divided into lanes, which are separated by fencing. The target is made up of three rings which count for a certain number of points, and two dots in the left and right corners that are also worth points.

The goal is to throw the ax to earn the most points.

A handful of ax-throwing venues have opened around the Valley and the age requirements vary between them.

Splitting Timber allows kids, 10 and older, to throw an ax as long as they are being watched by an adult, according to its website. BATL (Backyard Axe Throwing League) requires throwers be at least 14 years old and minors have to be with an adult.

Lumberjaxes requires throwers to be at least 18.