Bars, gyms, movie theaters in Arizona begin to reopen as benchmarks met in some counties 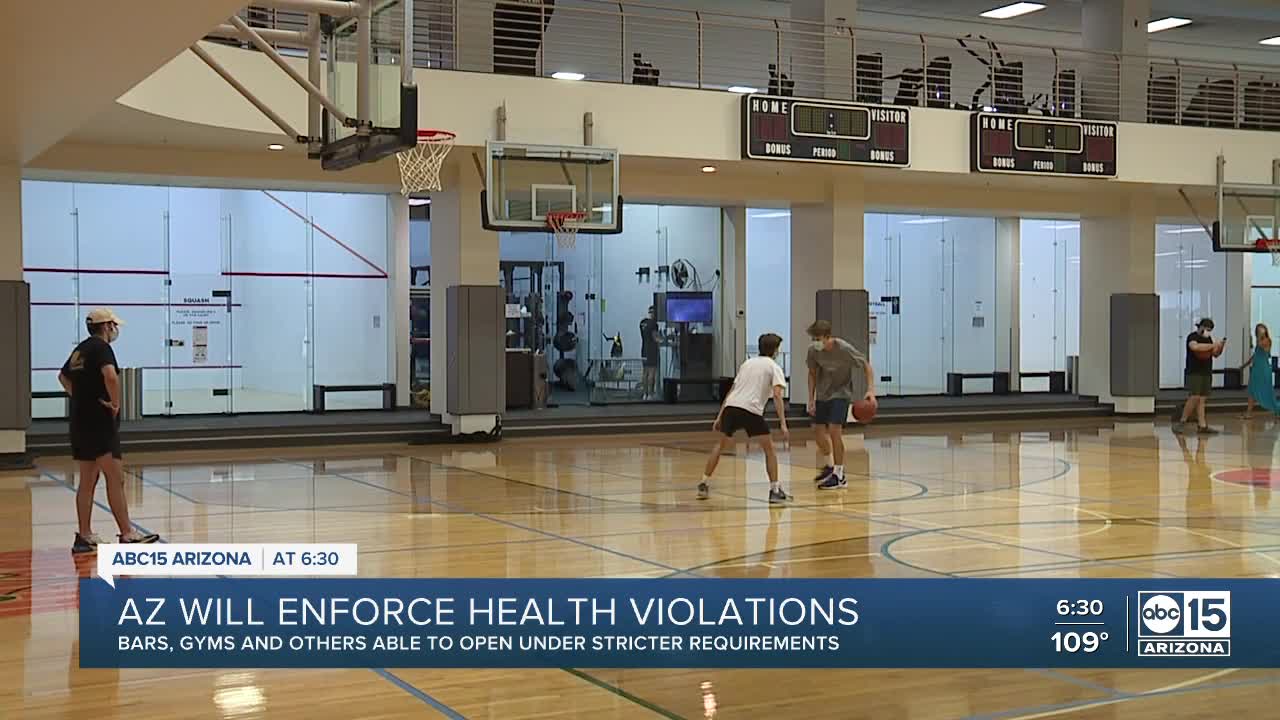 Bars, fitness centers and gyms, movie theaters, tubing, and water parks could begin to reopen Thursday in eight Arizona counties, including Maricopa County, as those counties moved into the "moderate" phase of reopening. 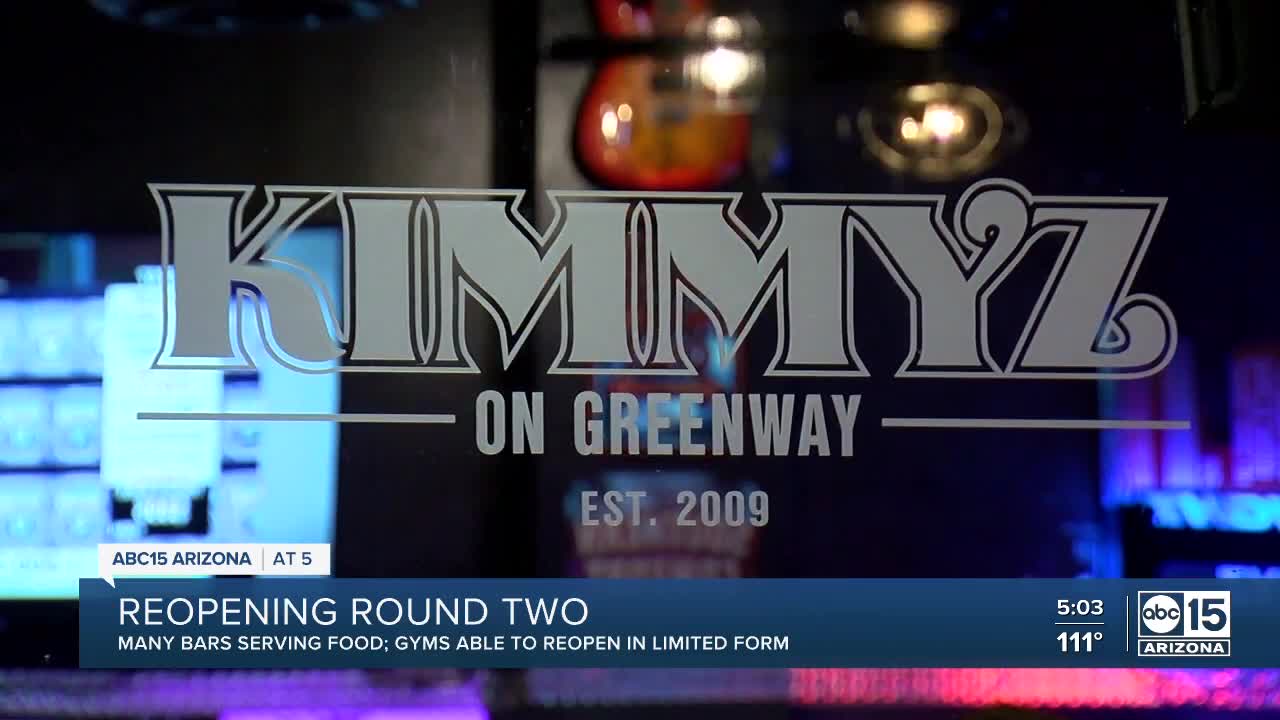 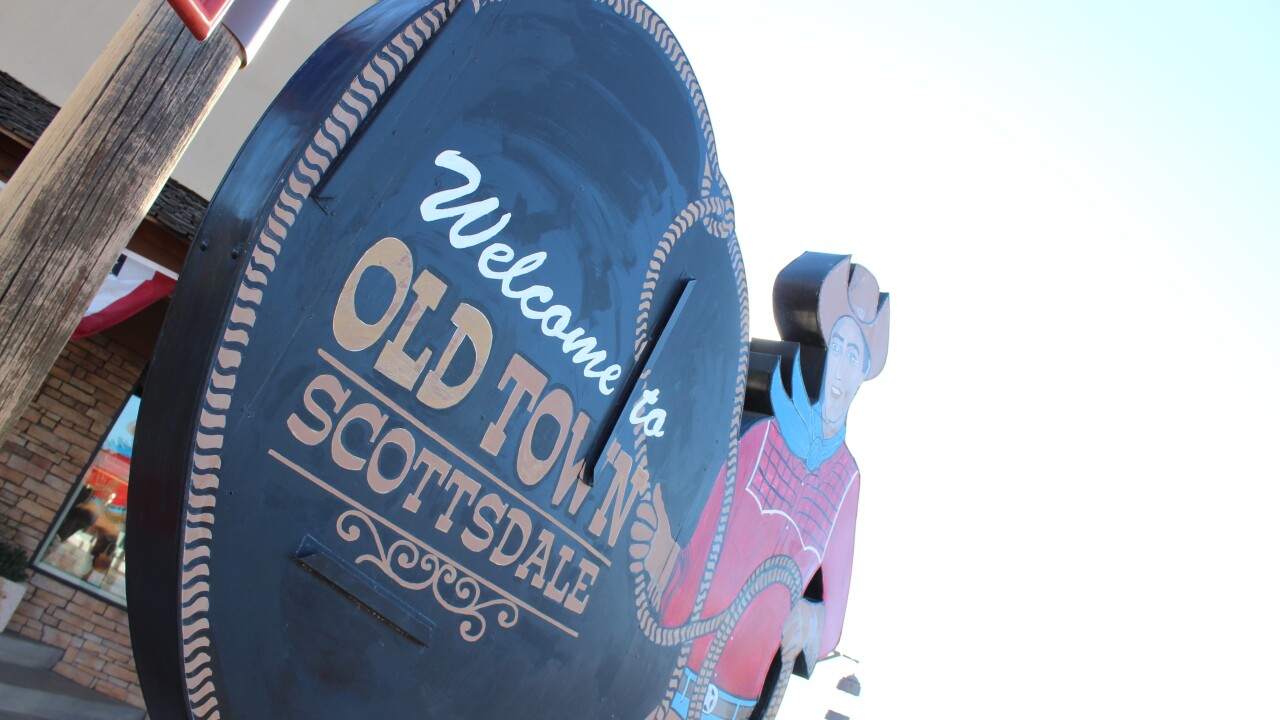 PHOENIX — Bars, fitness centers and gyms, movie theaters, tubing, and water parks could begin to reopen Thursday in eight Arizona counties, including Maricopa County, as those counties moved into the "moderate" phase of reopening.

Apache, Cochise, Coconino, La Paz, Maricopa, Navajo, Pima, and Yavapai counties met the "moderate" threshold on Thursday, according to the Arizona Department of Health Services. Pinal County was expected to meet the threshold but did not. It remains in the "substantial" category.

The partial openings -- limited to 25% at indoor fitness centers and gyms and 50% at bars, movie theaters, and water parks -- come 59 days after Arizona Gov. Doug Ducey signed an executive order that closed those businesses, an action that was taken after the state saw an increase in COVID-19 cases.

In recent weeks, some bar owners, gyms, and water parks filed lawsuits against Gov. Ducey and the state over the executive orders, and others held press conferences or protested at the capitol, saying the orders unfairly targeted their businesses and violated their right to due process.

Others, like Six Flags Hurricane Harbor, Big Surf, and Salt River Tubing, decided to remain closed for the entire season.

For those bars, mainly those with series six and seven liquor licenses, reopening is much welcome news.

"My emotions are everywhere," said Kimberly O'Donnell, the owner of Kimmyz on Greenway, a bar and grill in Glendale. "I'm happy, I'm excited. I'm ready to get back to work."

O'Donnell joined other business owners last week at a rally at the state Capitol demanding that she and other bar owners be allowed to reopen.

On Thursday, she filled out the required attention form on ADHS' website and opened her business shortly before noon.

"We've been waiting for this time to come," she said. "I don't think I've processed it all quite yet."

Thunderbird Lounge, Goodwood Tavern, The Bar, among others, also announced their reopening plans on their Facebook pages on Thursday.

Evening Entertainment Group, which owns a number of Scottsdale-area bars and restaurants, including Hi Fi Kitchen & Cocktails, Bottled Blonde, Casa Amigos, Bevvy, Sandbar, and Chauncey Social, would reopen all of its concepts on Thursday, a spokesperson confirmed to ABC15.

Local police departments, county health departments, and the Arizona Department of Liquor Licenses and Control have been tasked with ensuring businesses are following the safety measures. Those that do not follow the guidance could be temporarily shut down or have their liquor license suspended.

ADHS has also created a website, www.azhealth.gov/ComplianceCOVID-19, and hotline, 1-844-410-2157, where the public can submit complaints against businesses to be investigated.