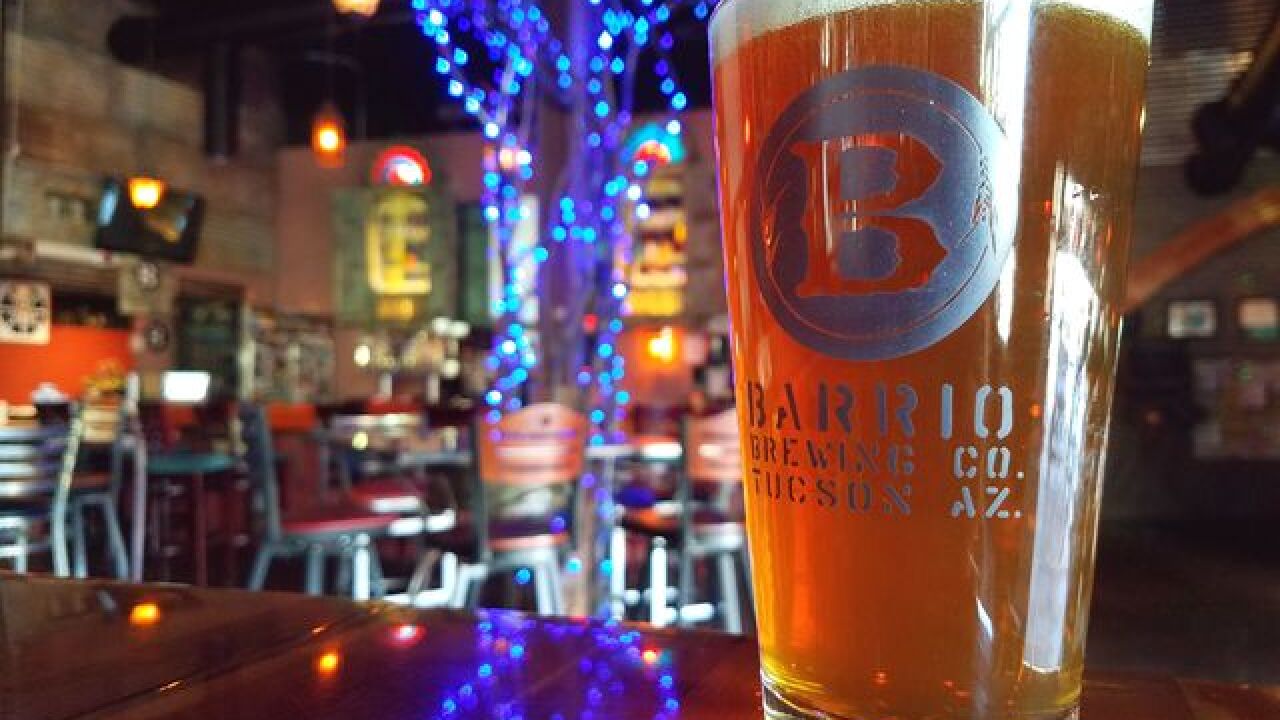 handout
<strong>Barrio Brewing Company at Phoenix-Mesa Gateway Airport: </strong>The Tucson-based brewpub opened its first Phoenix-area location at the airport. The brewery has 125 seats, 12 beers on tap and is open not only to travelers but also to the nearby community. Address: 5803 S. Sossaman Road, Mesa AZ 85212. Website: <a href="http://www.barriobrewingmesa.com/">http://www.barriobrewingmesa.com/</a>.

TUCSON, Ariz. — The owners of a 12-year-old Tucson-based brewery have gifted the company to their current employees to create what they say is the first employee ownership plan in Arizona's craft beer industry.

The employees would own 100% of Barrio Brewing under an Employee Stock Ownership Plan that would provide more to each employee than Social Security would, the Arnolds said.

The employees would buy the brewery from the Arnolds over the next five years with proceeds from the brewery's profits so no money would change hands, officials said.

Employees who have been with the brewery for at least five years would become vested owners once the licenses and liquor transfers are complete, officials said.

Barrio is one of the state's largest craft beer producers with about 15,000 barrels a year, officials said.

Barrio beer is available in retailers around Arizona, including at Fry's and Safeway grocery stores, Circle K and QuikTrip convenience stores and Walmart, officials said. Dozens of restaurants also offer Barrio on tap.