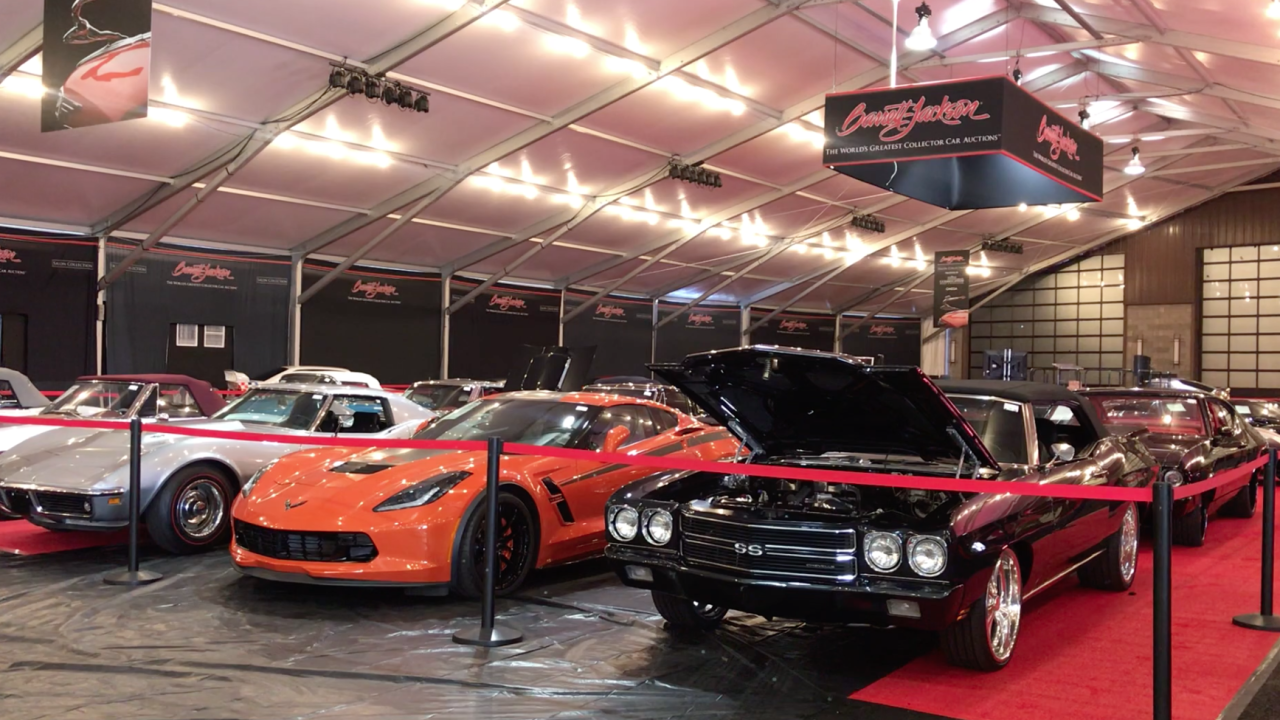 SCOTTSDALE, AZ — After canceling its events in Palm Beach, Florida and Las Vegas, Nevada because of COVID-19 concerns, Barrett-Jackson said Wednesday it would instead host a special three-day auction at WestWorld of Scottsdale in the fall.

The auction, which is currently scheduled for October 22-24, 2020, will primarily be open to bidders, consignors, and their guests and not to the general public, an effort to follow social distancing guidelines, a news release said. It will be broadcast on FYI Network and the History channel.

The 2021 event, which is Barrett-Jackson's signature event at WestWorld, is currently scheduled for Jan. 16-24, 2021, and is still being planned, a spokesperson said.

"Although we were looking forward to our traditional Las Vegas and Palm Beach Auctions this year, after careful consideration we determined that a live auction at WestWorld was an exciting and more feasible alternative,” said Craig Jackson, chairman and CEO of Barrett-Jackson, in a prepared statement. “At this time, this allows us to better safeguard the health of our guests and team members and gives us the ability to deliver the high-quality experience for which Barrett-Jackson is known."

Our 3 day Arizona Fall Auction event, which will be broadcast live on @FYI and @HISTORY, will offer genuine automobilia items and hundreds of highly desirable collectible vehicles!

The fall auction will focus on automobilia, collector cars, and highly sought cars.

Four vehicles that are already on the docket include:

Barrett-Jackson said its team has been working with the staff at WestWorld of Scottsdale and the City of Scottsdale to "ensure that public health and safety are at the forefront of this scaled-back Fall Auction," a news release said.

“Barrett-Jackson is a vital part of the Scottsdale community, and they have developed a very thorough plan that complies with public health guidelines and the governor’s executive orders,” Scottsdale Mayor Jim Lane said in a prepared statement, included in the release.

Last week, Arizona Gov. Doug Ducey extended an executive order he issued in June that forced gyms, bars, water parks, and movie theaters to remain closed. That order also limited events to no more than 50 people, though local cities, towns, and counties were allowed to approve events as long as they followed strict social distancing guidelines.

The order itself did not have an end date and it is unknown if it, or some version of it, will still be in place in the months ahead. For now, the order would be reviewed every two weeks for possible repeal, amendment, or extension.