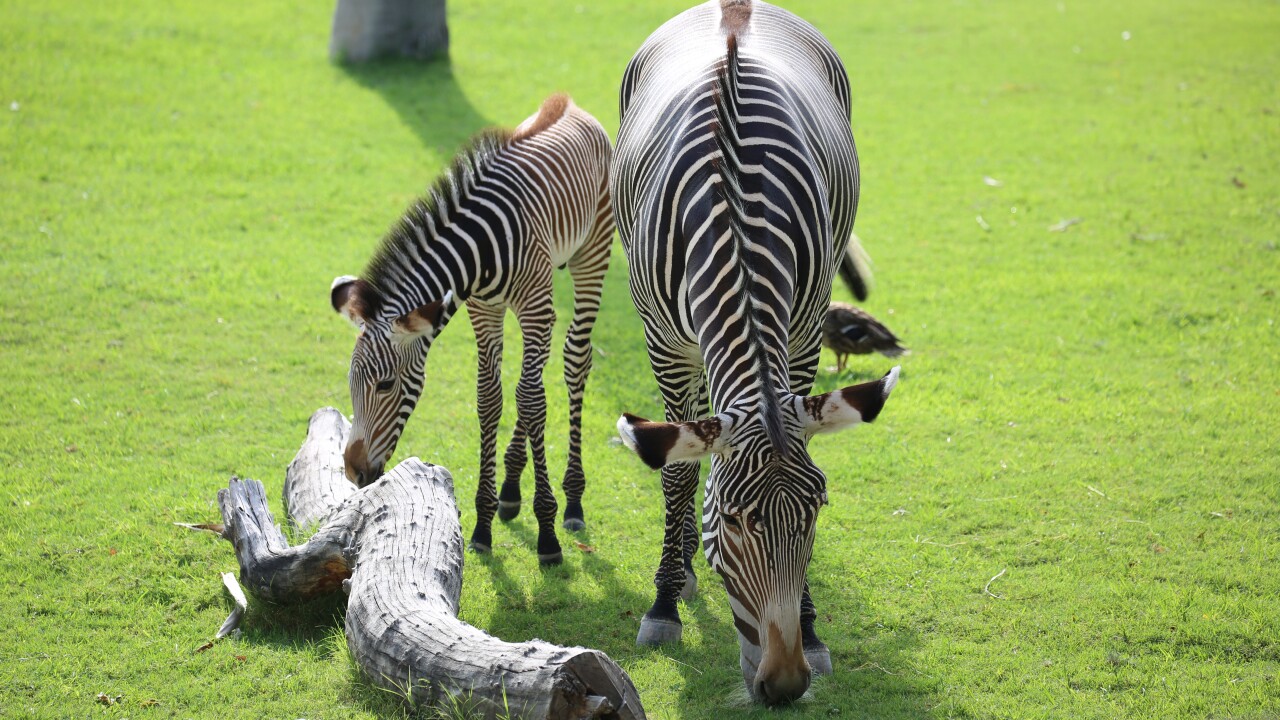 TUCSON, AZ — A 16-day-old Grevy’s zebra born at the Reid Park Zoo in Tucson has died, likely from an injury to its spine, the zoo said Tuesday.

“Yesterday, during morning animal health checks, the young zebra was found lying next to his mother. At this point initial radiographs show a fracture in his cervical spine, however we are uncertain of the nature of the injury or how he sustained it,” said Dr. Sue Tygielski, director of zoological operations, in a written statement.

“Zebras as a species can become easily startled and, sadly, young zebras have a high mortality rate," she said.

Keepers observed the young zebra running and jumping while exploring its surroundings, the zoo said.

The zoo recently celebrated the foal's birth on July 4, which came at a time when the zoo was still mourning the losses of two of its beloved animals and amid an extended closure due to the COVID-19 pandemic.

Shombay, the zoo's nearly 12-year-old African lion, was euthanized in late June after blood tests showed a decline in his kidney function. The lion was reportedly diagnosed with polycystic kidney disease years earlier.

“We are so grateful to the community for their support and encouragement during this difficult time,” said Nancy Kluge, the zoo's president and CEO, in a statement. “My heart goes out to our staff and especially our animal care professionals who give their all each day to ensure that every animal at Reid Park Zoo receives quality, loving, and uninterrupted care.”