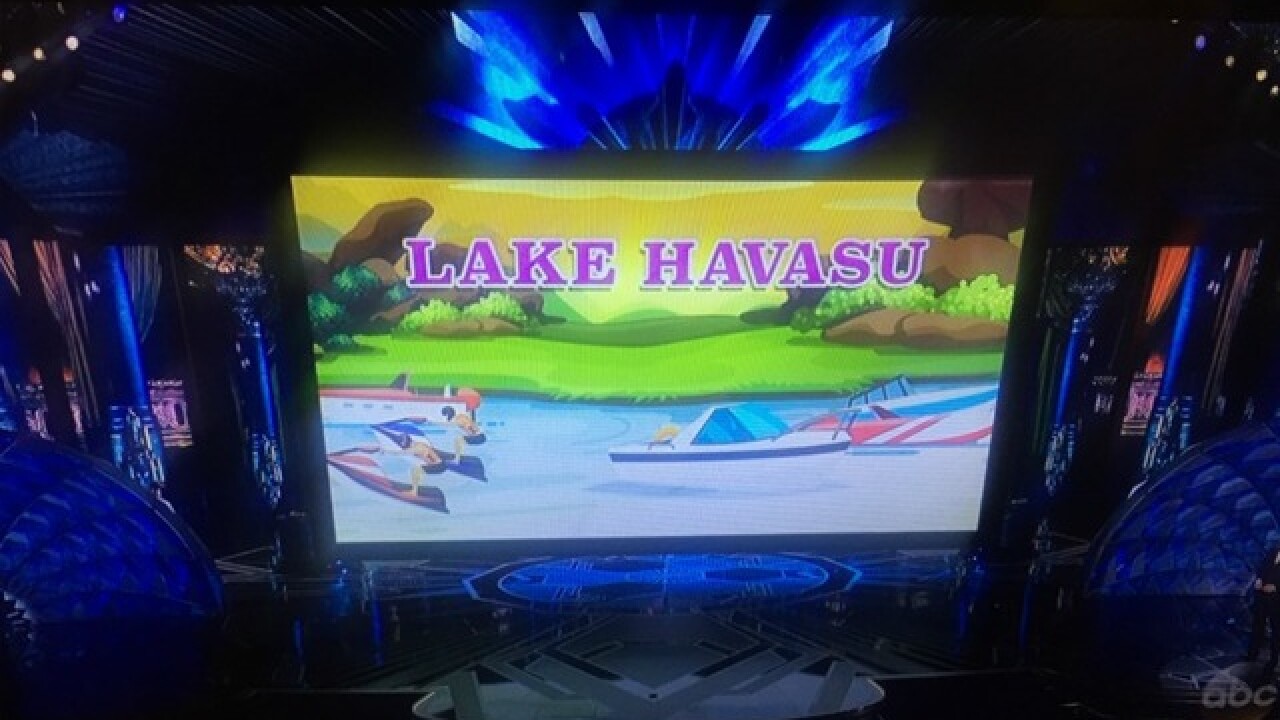 Whether it was meant as a joke or not, Arizona's Lake Havasu City received a big shout out at the 90th Academy Awards.

At the start of the show, Jimmy Kimmel made a wager with the winners over their acceptance speeches: the shortest speech goes home with a jet ski.

Later in the show, Kimmel said, "we're sweetening the pot" with -- you guessed it -- a trip to Lake Havasu. On the screen followed a montage of clips of what was presumably Lake Havasu.

If you haven't been to Lake Havasu or Lake Havasu City before, here are some quick facts:

Thanks for the shout-out Jimmy!