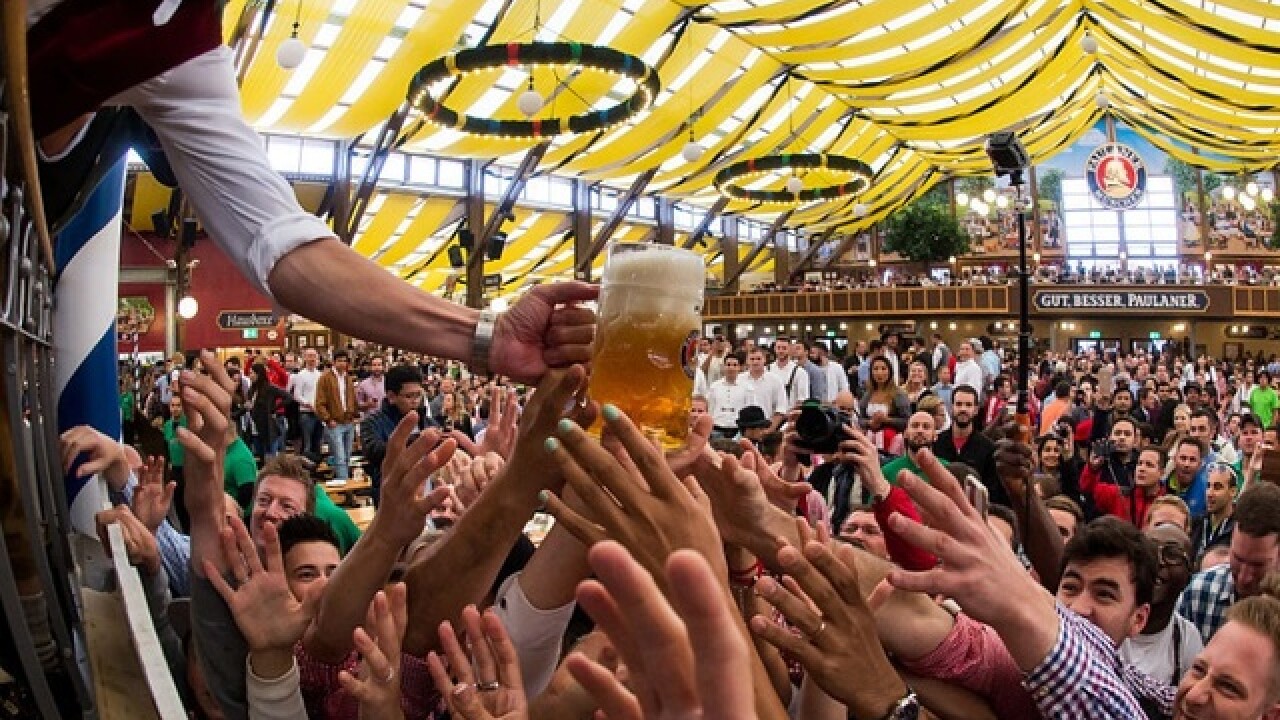 Once the temperatures drop below 95 degrees in Phoenix, the events and festivals move right in.

Between August and November, there are more than 70 food and drink, music, art and family festivals happening throughout the Valley whether you live in the East Valley or West Valley.

From mac & cheese to bacon and beer, Lost Lake Festival and Oktoberfest, there is a lot of eating, drinking and singing (in whatever order you choose) to be had. Scroll down to check out our list of fun!

Did we miss one? Send an email to Josh.Frigerio@abc15.com and let him know.

1-4 | Saboten Con - A four-day convention for anime and manga enthusiasts at the Phoenix Sheraton in downtown Phoenix. There will be panels and cosplay demos.

2 | Phoenix Cooks - An inclusive food and drink showcase with unlimited samples of food, wine, beer and spirits from the Valley’s top chefs and restaurants. The event benefits Special Olympics Arizona.

8 | The Good, The Bad and The Weird - A kick-off festival for Mesa Art Center's 2017-2018 season. Event includes the opening of five art exhibitions at Mesa Contemporary Arts Museum, live music performances, a custom car show, and a film screening.

9 | Children’s Learning & Play Festival - A free children’s festival at WestWorld of Scottsdale with games and activities for kids and authors and speakers focused on S.T.E.M. ideas.

15-24 | Arizona Restaurant Week -  Restaurants throughout the state offer special three-course dinners for $33 or $44 per person.

15-17 | Junk in the Trunk Vintage Market - Dozens of vendors set up shop in Scottsdale and showcase their vintage and vintage-inspired goods.

16 | Rockin’ Taco Street Fest - A food festival in downtown Chandler. Local food vendors will serve tacos and salsas. There will also be a salsa competition and taco eating competition.

16 | Messy Fest - A family-friendly festival where the goal is to make a mess. There will be a mud pit, life-sized finger painting, and mashed potato tug-of-war.

29-Oct 1 | A Taste of Greece Greek Food Festival - An annual festival put on by Saint Katherine Greek Orthodox Church in Chandler. There will be Greek food, dancing and music.

30 | Mariachi and Folklorico Festival - September is Hispanic Heritage Month. Local mariachi and folkorico troupes will perform at Chandler Center for the Arts.

30-Oct. 1 | Garlic Fest - Queen Creek Olive Mill sells the garlic it has grown along with garlic-infused products in its market like garlic olives, barbecue sauce or olive oil.

1-Nov. 5 | Tolmachoff Farms Corn Maze & Pumpkin Days - Venture through the Glendale farm’s six-acre corn maze or the “mini” maze for the tiny tots; you can buy a pumpkin and play at the petting zoo. At night, there is the haunted corn maze.

5-7 | Phoenix Fashion Week - Designers from the Southwest, including Arizona, will showcase their clothing lines down the runway during this three-day event.

6-29 |  Arizona State Fair - You know the fair is in town when the air smells like deep-fried goodness...and giant turkey legs. Besides carnival rides and games, Snoop Dogg, Billy Currington and Halestorm are among the artists set to perform at Veterans Memorial Coliseum.

7 | Arizona Mac and Cheese Fest - In its inaugural year, some 30 chefs and local restaurants will showcase their mac-and-cheese inspired dishes that attendees can purchase sample tickets to taste and try.

7 | Bacon and Beer Classic - Can you really say no to bacon...or beer? Foodies will be able to try more than 25 bacon-infused dishes and 50 craft beers at Scottsdale Stadium.

7 | Uncorked Wine Festival - Making a return to Phoenix, wine lovers will be able to sample 100 wines from around the world. Food trucks, lawn games and music will be at Civic Space Park in downtown Phoenix. The event benefits Downtown Phoenix Inc.

7 | Oktoberfest Buckeye - There will be a carnival at Bayless Park, a classic car show at Buckeye City Hall, and live music and sangria at 6th Street Plaza.

8-9 | Chandler Indian Art Market - Native American artworks and food will be on display and for sale at A.J. Chandler Park.

13-15 | Phoenix Greek Festival - In its 57th year, the festival celebrates Greek culture with traditional food and dance, and a Greek market.

14-15 | Arizona Taco Festival - A two-day food festival at Salt River Fields. More than 50 restaurants and food trucks will have $2 tacos for sale. There is also music, Lucha Libre wrestling, eating contests and a kids area.

14 |  Wickenburg Fly-in & Classic Car Show - 75 classic automobiles and at least 30 private planes will be on display at Wickenburg’s Municipal Airport.

20-22 | Lost Lake Festival - The inaugural three-day music and food festival at Steele Indian School Park from Superfly. Chance the Rapper, The Killers, Major Lazer and Odesza are scheduled to attend.

20 | Cooks & Corks - A high-end, all-inclusive food and drink event featuring food and wine pairings by local chefs and restaurants. The event benefits the Scottsdale League for the Arts.

29 | Dia de los Muertos Phoenix Festival - Also known as “Day of the Dead,” it’s a multicultural festival that honors the death through dance, music and traditional customs. In the evening, there is a candlelight procession.

9-12 | Gilbert Days Rodeo - Gilbert Days celebrates the city’s heritage and history. The rodeo is part of the celebration.

10-12 | Fountain Hills Festival of Fine Arts and Crafts - More than 500 selected artists will showcase their works in photography, sculpture, jewelry, and painting.

11-12 | Bentley Scottsdale Polo Championships - Club polo teams from around the world come to Scottsdale to compete for the title.

17-18 | Main Street Prototyping Festival - 20 temporary prototypes made by artists, students and designers will be put on display along Mesa's Main Street during this free event.

18 | WoofStock 2017 - A free dog-friendly festival in Chandler with dog-themed activities, games and demonstrations.

18-19 | ArtFest of Scottsdale - A two-day fine art festival at Scottsdale’s Civic Center with 175 artists with their work on display and for sale.

22-26 | Arizona International Auto Show - See and step inside the latest models and vehicle concepts from the automakers.