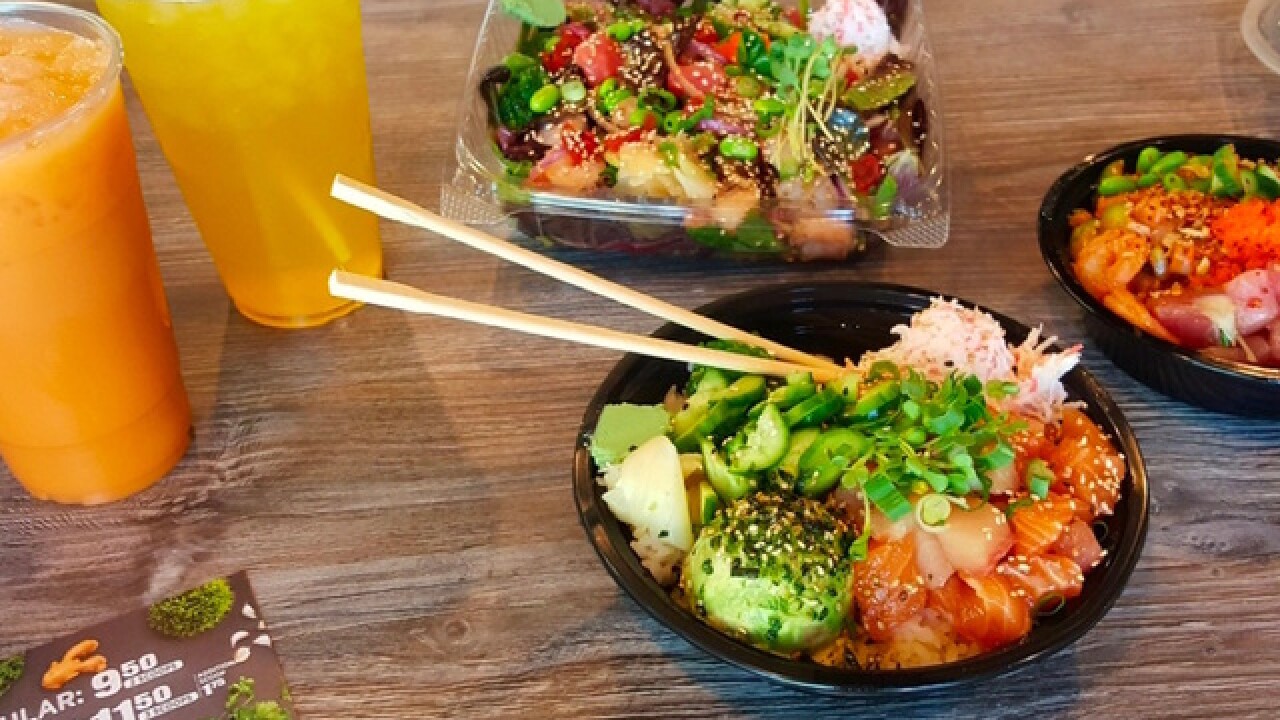 Copyright 2017 Scripps Media, Inc. All rights reserved. This material may not be published, broadcast, rewritten, or redistributed.
Ahipoki

The Arizona Coyotes and Gila River Arena have added a quartet of local restaurants, including a dessert spot, ahead of the team's upcoming season.

Ahipoki, Nitro Live Icecreamery, Pork on a Fork BBQ, and Streets of New York will all have a presence inside the Glendale arena this year, the Coyotes announced Thursday in a news release.

"A central focus of our organization is creating a phenomenal fan experience at every one of our games," said Coyotes' President and CEO Ahron Cohen in a written statement included in a news release.

"We focused on creating a more meaningful and relevant food and beverage experience by partnering with some great local concepts cherished by our fans throughout the Valley," his statement continued.

Here is a look at each concept:

Ahipoki - The fast-casual concept serves make-your-own rice bowls or salads topped with raw fish, known as poke. They also have different sauces and toppings such as crab salad, seaweed salad, sesame seeds, edamame, and masago (fish eggs). Ahipoki will be located near Section 118.

Nitro Live Icecreamery - The Gilbert-based ice cream shop uses liquid nitrogen to instantly freeze flavored creams. They also have a variety of toppings and sauces that can be added. Owner Felicia Vandermolen said the Gila River location would have a limited menu, and ice cream flavors will rotate each game. Nitro will have a location at Section 119.

Pork on a Fork BBQ - The Arizona BBQ has three locations in the Valley, including one at Talking Stick Resort Arena. An online menu features a variety of barbecued meats -- pulled chicken, pulled pork, baby back ribs, brisket, and smoked sausage -- offered as platters, a sandwich, a burrito, or a bowl. It will be available in Sections 112 and 214.

Streets of New York - The Phoenix-based pizza and Italian restaurant chain will replace two Papa John's locations at Gila River Arena. Owner Lorrie Glaeser told ABC15 the locations would have a limited menu compared to its restaurants. There will be pizzas, of course, including pepperoni and sausage, as well as its chopped antipasto salad, chicken wings, and the "Puck and Stick," two meatballs and a breadstick. They will be near Sections 115 and 214.

Lorrie Glaeser, the owner of Streets of New York, said in a phone interview with ABC15 it was "pure pride and joy" to be part of Gila River Arena.

Here is a look at some of the other new dining options:

The Coyotes also said the Suite Level Club was  revamped with "fresh and modern decor", new carpeting and furniture. They also added four loge boxes upping the total to eight.

The team's home opener is Oct. 6 against the Anaheim Ducks.