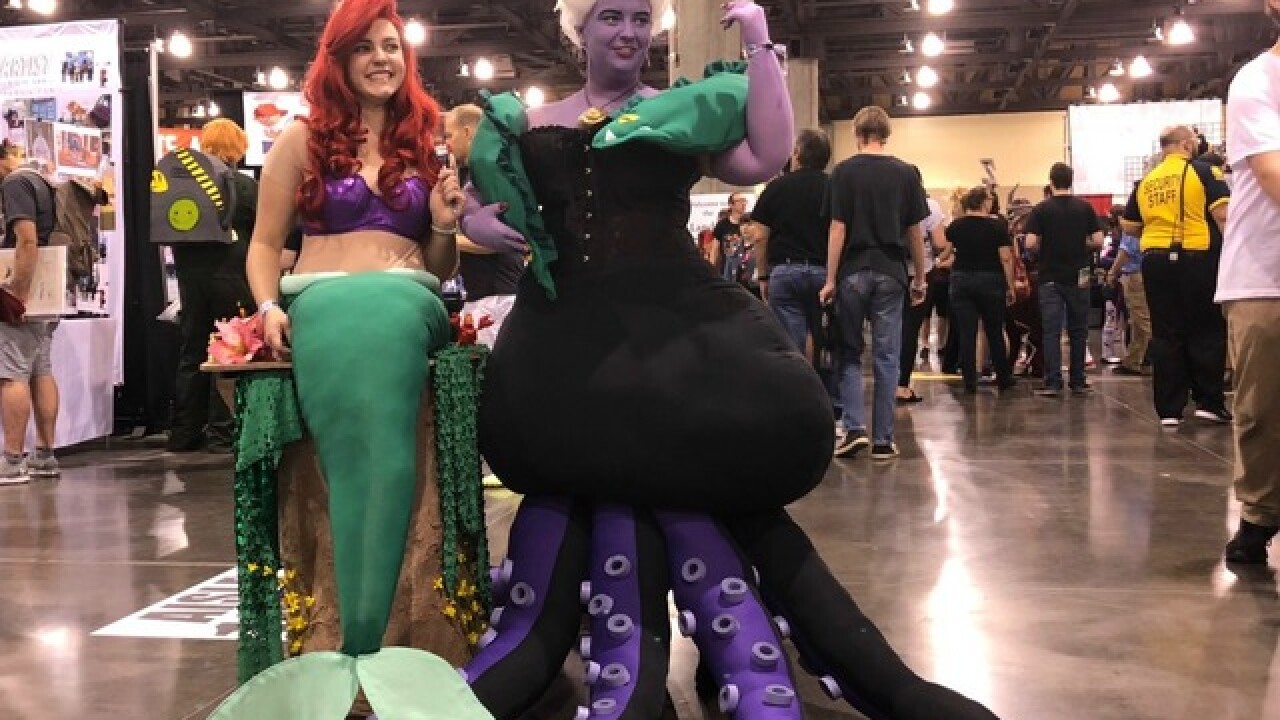 Next up: Phoenix Fan Fusion.

"We've been saying a lot this year 'we hear you and we're listening.' One of the things we've heard most is "Phoenix Comic Fest" just doesn't roll off the tongue," said Kristin Rowan, marketing and public relations manager for Square Egg Entertainment, during an early morning press conference on Sunday.

"We heard you and we're listening," she said. It doesn't sound quite right to us either. Therefore, in 2019, 'Phoenix Comic Fest', formerly known as 'Phoenix Comic Con', will become Phoenix Fan Fusion."

In January, Square Egg Entertainment, the company that puts on the yearly convention along with Phoenix Fan Fest and conventions in Minnesota and Las Vegas, changed the event's name after a court case between San Diego Comic-Con and Salt Lake City Comic Con. (San Diego Comic-Con sued Salt Lake City over the use of "comic con" and was awarded $20,000.)

Sunday morning's press conference was scheduled after fire alarms were triggered late in the convention on Saturday. Everyone was evacuated from the Phoenix Convention Center shortly after 7:30 p.m.

Many people patiently lined up and waited outside the security checkpoints.

Four hours later, the checkpoints had not reopened and organizers officially canceled the rest of the day's programs.

To make it up to attendees, those people with Saturday-only passes can return to the festival on Sunday. Bring the Saturday wristband to a redemption station on Sunday and it will be exchanged.

"We look forward to another fantastic year and hope to see everyone here to discover your inner geek next memorial day weekend 2019 for Phoenix Fan Fusion," Rowan said.