SEDONA, AZ — We know Sedona has some of the most spectacular views in the state.

And next year, tourists and staycationers will have another way to take in those views when Ambiente, described as a "landscape hotel," opens along State Route 89A in Sedona. It is believed to be the first hotel of its kind in North America, according to a news release announcing the project. 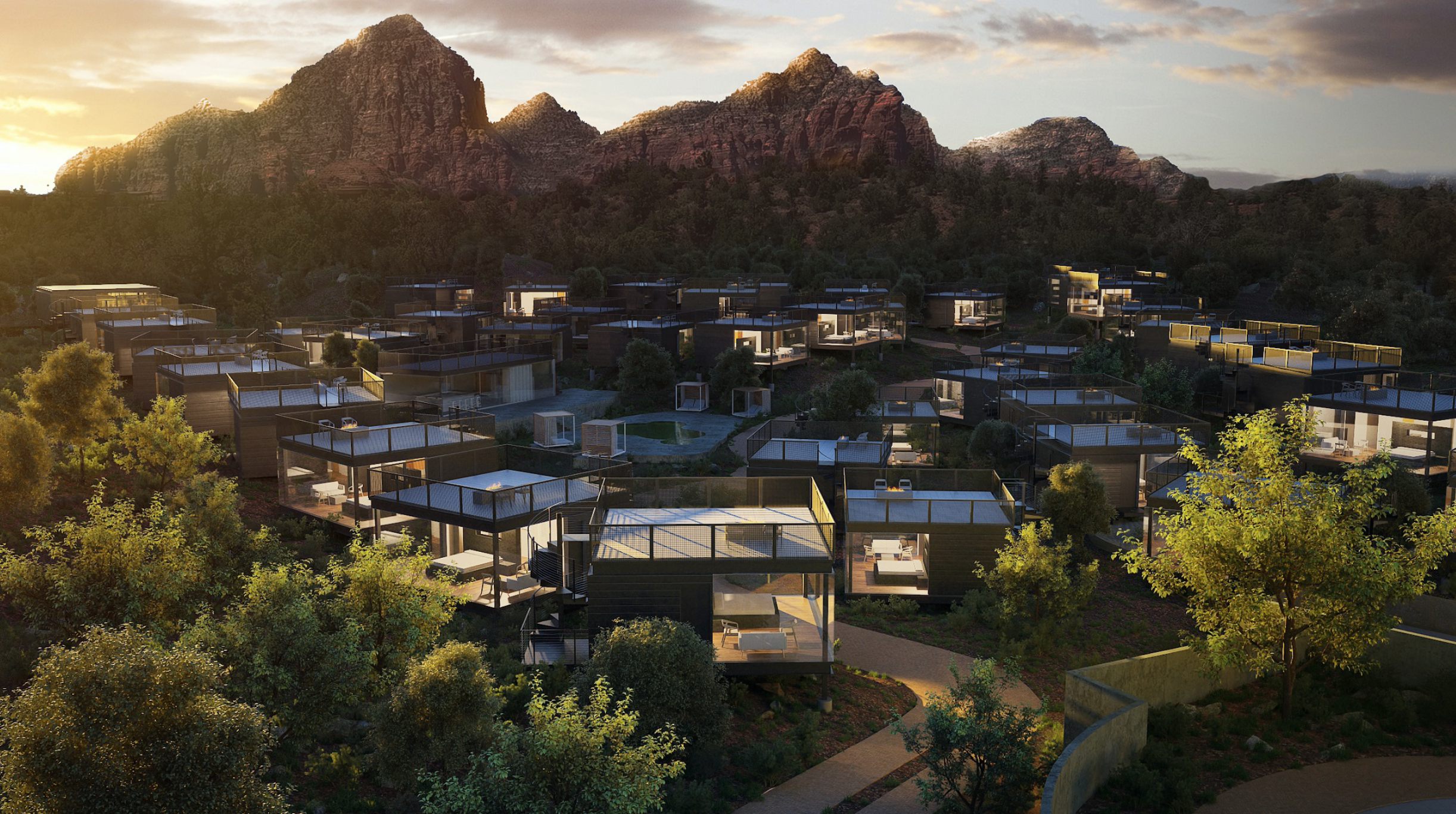 The term "landscape hotel" appears to be a relatively new term for the industry, one used sparingly over the last few years, at least according to a recent Google search. Generally, it is "a type of accommodation designed to blend in with the surrounding environment and built with a deep respect for the land around it using sustainable and innovative practices," according to Ambiente's release.

When built, the hotel will have 40 576-square-foot cube-shaped rooms with floor-to-ceiling bronze-tinted windows, according to the release and plans submitted to the city. At night, the windows will reflect the landscape around it "creating stunning, mirrored silhouettes," the release said.

Each room will sit above the ground on steel piers, which, according to the release, will allow reach rooms to be built within the land's current terrain and landscape without the need to grade, or level the land. It will also have a two-story lobby, multi-purpose meeting rooms, office and maintenance space, valet, a pool, and a poolside lounge with bathrooms, a lounge, bar, and rooftop desk, according to the proposed plans submitted to the City of Sedona.

The city approved the project on July 2. Construction will start in the "coming months," the release said.

The hotel will be built on three-acres of reportedly "untouched" land along State Highway 89A. It will be located about 500 feet west of Mariposa Latin Grill, which is roughly a mile from Sedona's main tourist area, according to the proposal.

"It's been our longtime dream to create a truly exciting and unique experience that is in harmony with the rare beauty of Sedona," said Jennifer May, co-founder of Two Sister Bosses, a Sedona-based hotel development company and developer of Ambiente, in a written statement. "We have meticulously designed every element of the hotel with the sophisticated traveler in mind, while also remaining determined to set a benchmark for sustainable tourism."

The hotel is expected to open December 2020.