The Rabbit Hole: 'Alice in Wonderland' tribute bar to open in Phoenix 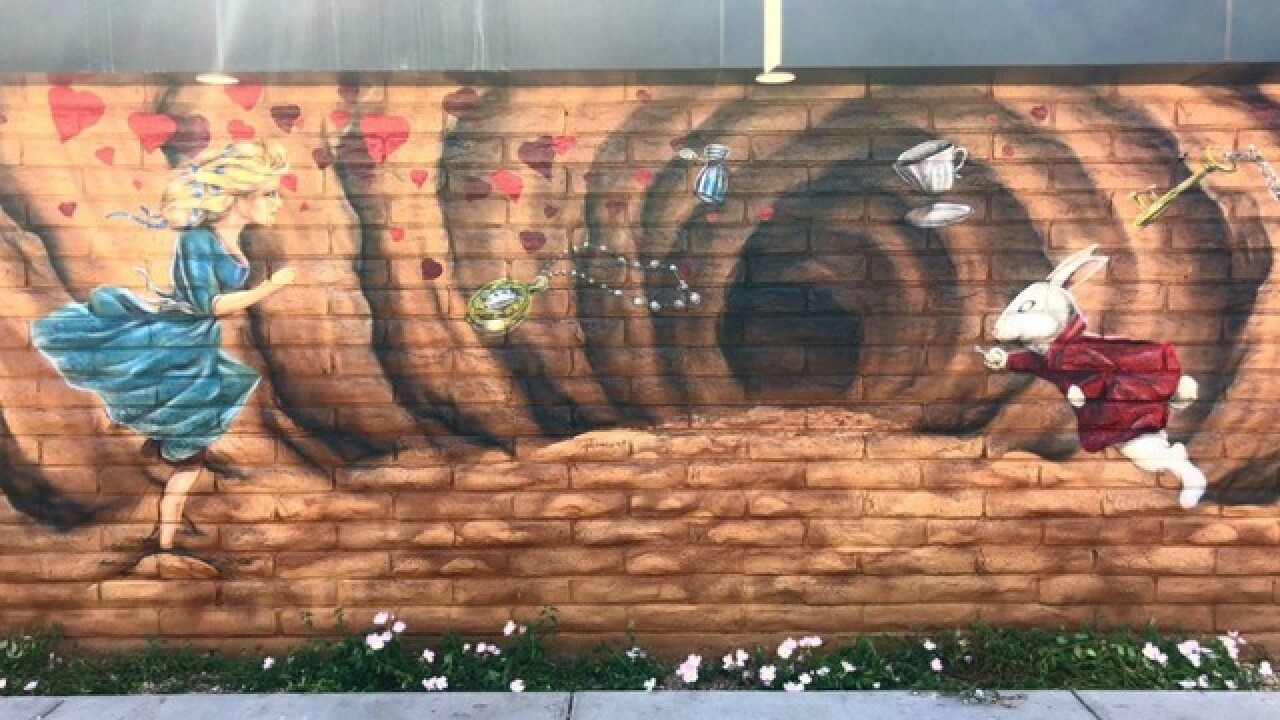 Alice, the White Rabbit, and Mad Hatter are coming to Arizona.

Phoenix-based Glass Half Full Hospitality Group, the group behind Old Town Gringos and Camp Social, plans to open a cocktail bar in Phoenix that pays homage to the "Alice in Wonderland" story.

"The Rabbit Hole" will take over the building that recently housed Joe's Midnight Run, the late-night joint that closed in March. It also happens to be located next door to Camp Social near 7th Street and Bethany Home Road.

Manager Anthony Georgoulis told ABC15 that the group is still working on the specifics of the design, but described the concept as "entering the bar is entering the rabbit hole."

He said people will be able to sit inside life-sized teacups or sit on a let-them-eat-cake couch. There will be crooked mirrors and misshapen clocks on the walls, and other whimsical designs.

The group launched "The Rabbit Hole" in Chicago in 2016 with wooden walls, murals of rabbits, and swirl-designed walls.

"We're going to try and put it on steroids," Georgoulis said of the Phoenix bar.

The menu will have a "Drink me" section for cocktails, including the Cheshire Cat, which apparently changes colors as different "potions" are added.

As for food -- the "Eat me" side of the menu -- the restaurant said it plans to stick with late-night eats, just as Joe's Midnight Run did. Options include small bites and open-faced sandwiches.

The 1,000-square-foot patio will be heated and cooled depending on the season. There will also be a space for live music and local DJs.

Renovations have already begun, according to the restaurant, with an opening planned for May.