No-frills grocer, Aldi, has plans to open a store in Buckeye, Arizona.

She said the store would open either late this year or early 2019.

Aldi confirmed it was "currently exploring opportunities in Arizona as well as several other markets," according to a statement, but said "we don't have specific information about expansion areas or potential store locations, but look forward to sharing news as plans are solidified." 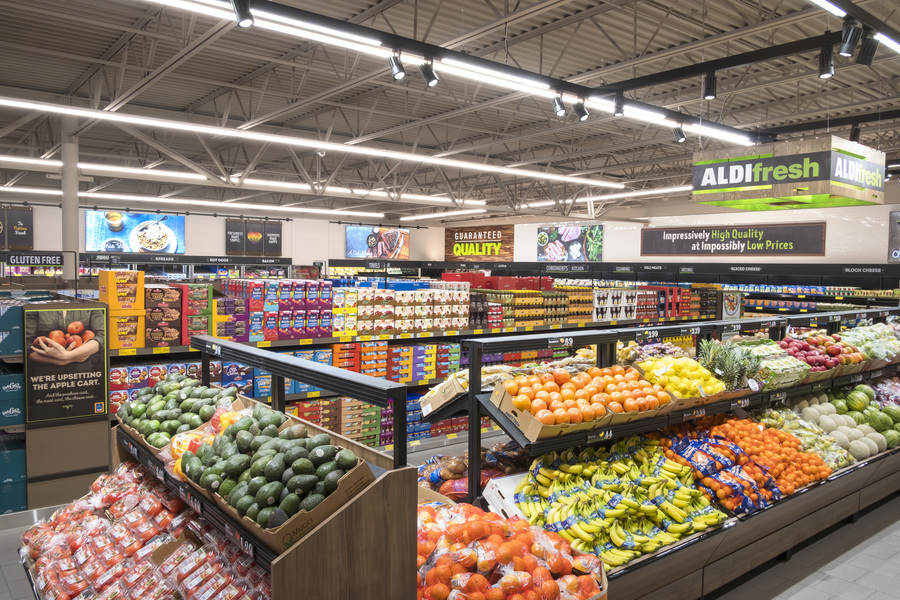 Aldi touts itself as a low-cost grocery with high-quality products. It does not have in-store banking or a pharmacy. Ninety-percent of its products are under brands exclusive to Aldi, such as SimplyNature, LiveGFree, and Specially Selected. Though, it does have some name-brand products.

Customers bring their own bags and pack their own groceries. Reusable bags can be purchased at the store.

They also have a cart-rental program where customers rent a shopping cart using a quarter, which is returned when the cart is returned. By not having to employ people to collect carts, the savings are passed along to the customer.

An extended-stay hotel, Home2 Suites by Hilton, is building a four-story, 90-room hotel on the northwest corner, she said.

"It's a great area," De Chance said. "That intersection is already booming."

In 2017, Aldi purchased 69-acres of land near Indian School Road and Cotton Lane, just west of the Loop 303, in Goodyear to build a 600,000 distribution facility, according to the City of Goodyear.

The facility will also house the company's regional offices, the city said.

Construction on that project is not scheduled to begin until 2019.

A City spokesperson also revealed that Aldi had submitted plans to rezone land near Estrella Parkway and Roosevelt Street to build a 22,000-square-foot grocery store. That request goes before the city council on April 23.

A spokesperson for Aldi referred us to the statement above regarding any and all Arizona projects.