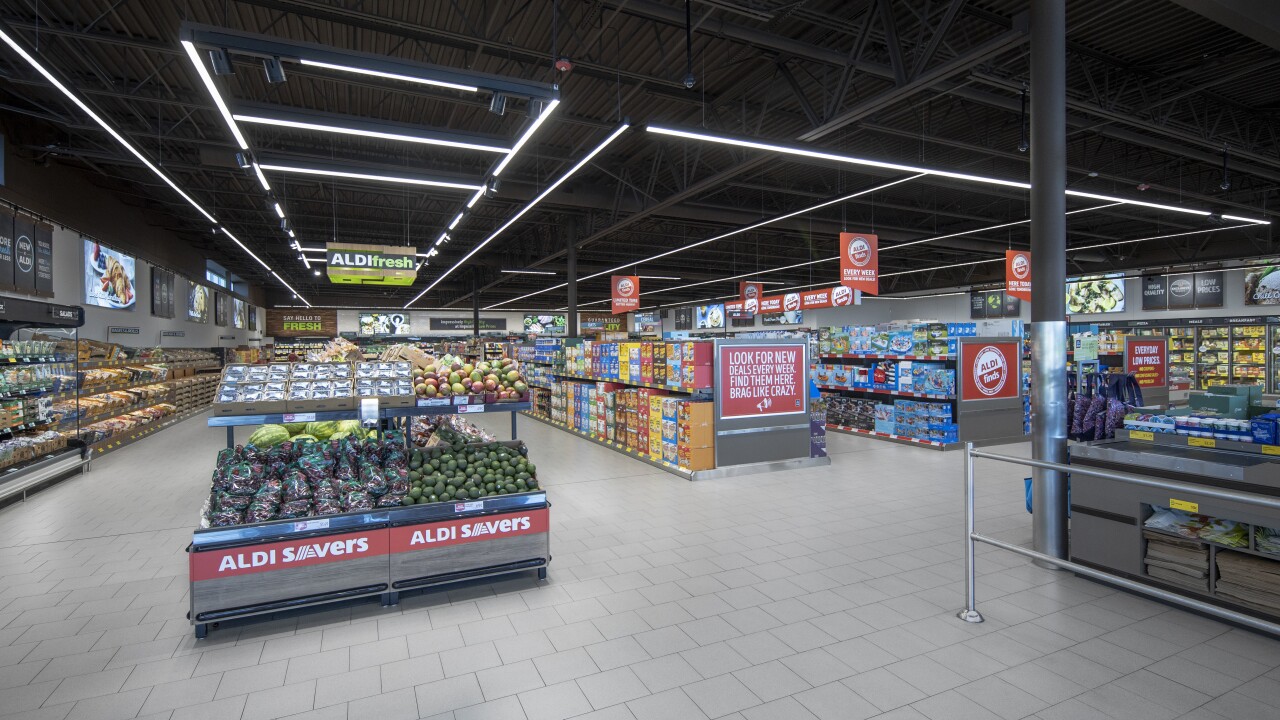 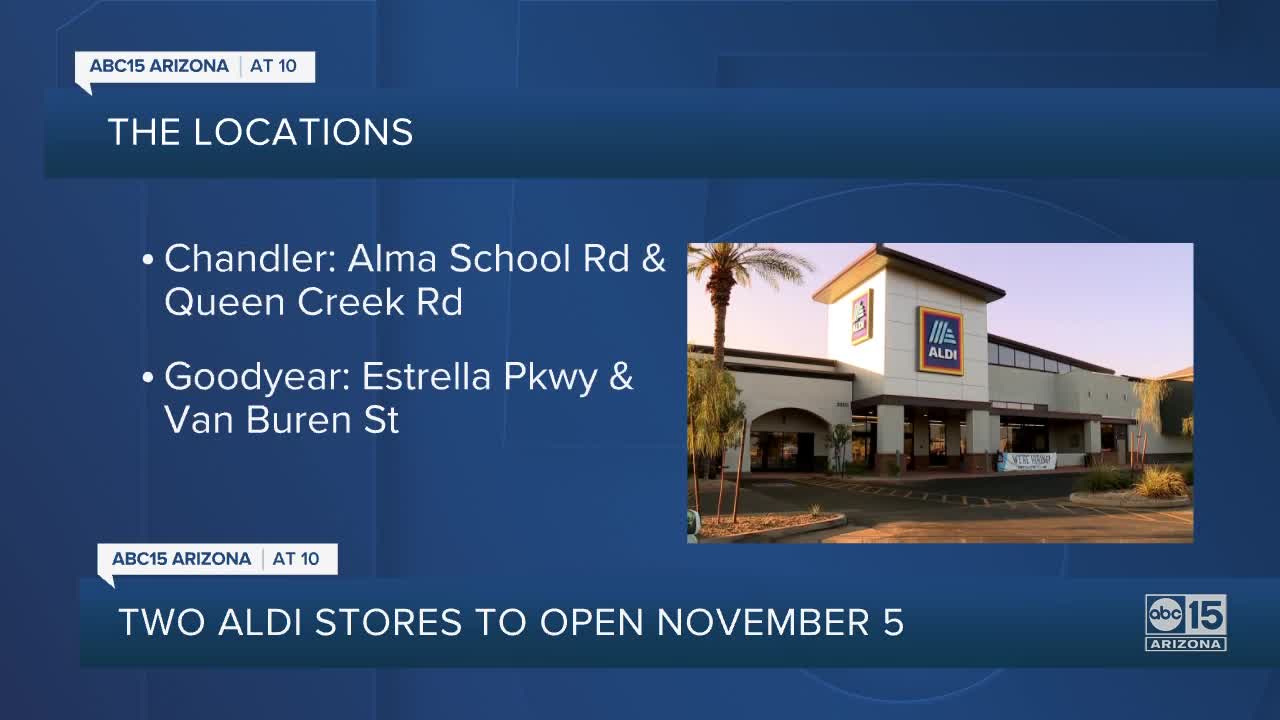 PHOENIX — The rumors and speculation are rumors no more -- Aldi is opening in Arizona.

Over the summer, after months of speculation, the discount German grocery chain finally confirmed that it would open at least four grocery stores in Arizona: Chandler, Gilbert, Goodyear, and Peoria.

On Monday, Aldi said that its stores in Chandler, 2844 S. Alma School Road, and Goodyear, 845 N. Estrella Parkway, would open on Thursday, Nov. 5.

Both stores will be open daily from 9 a.m. - 9 p.m. A grand opening ceremony is planned for 8 a.m. at the Goodyear location.

Opening dates for the Gilbert and Peoria locations were not announced on Monday.

At its core, Aldi is a no-frills discount grocery store. Most of its products are private label, though it does have some national name brands. It also does not have in-store coffee shops or pharmacies but does carry grocery essentials, such as fresh fruit and vegetables, meat and cheese, dairy, deli meat, cereals, and snack foods.

Aldi charges a $0.25 deposit to rent shopping carts, which is given back when the cart is returned to its corral. Aldi also charges for bags and shoppers have to bag their own groceries, all efforts to keep costs low and reduce their operational costs.

“We’re thrilled to continue expanding in the Southwest, and we take great pride in reaching this milestone as we open our first Arizona stores,” said Tom Cindel, group director of operations and logistics for ALDI, in a statement.

While Aldi has not confirmed additional locations besides the two in Gilbert and Peoria, Cindel told ABC15 in June that more locations were on the way.

The grocery chain has submitted building plans in numerous cities and towns around the Valley.

Here is what we know about the other locations that Aldi potentially has planned.

Scottsdale: Aldi has also signed on to open a grocery store at Papago Plaza, which is being reimagined and rebuilt, the developer told reporters at a groundbreaking ceremony last year. It is not known, however, when that location is expected to open.