Aioli Burger to open a third restaurant in the Valley 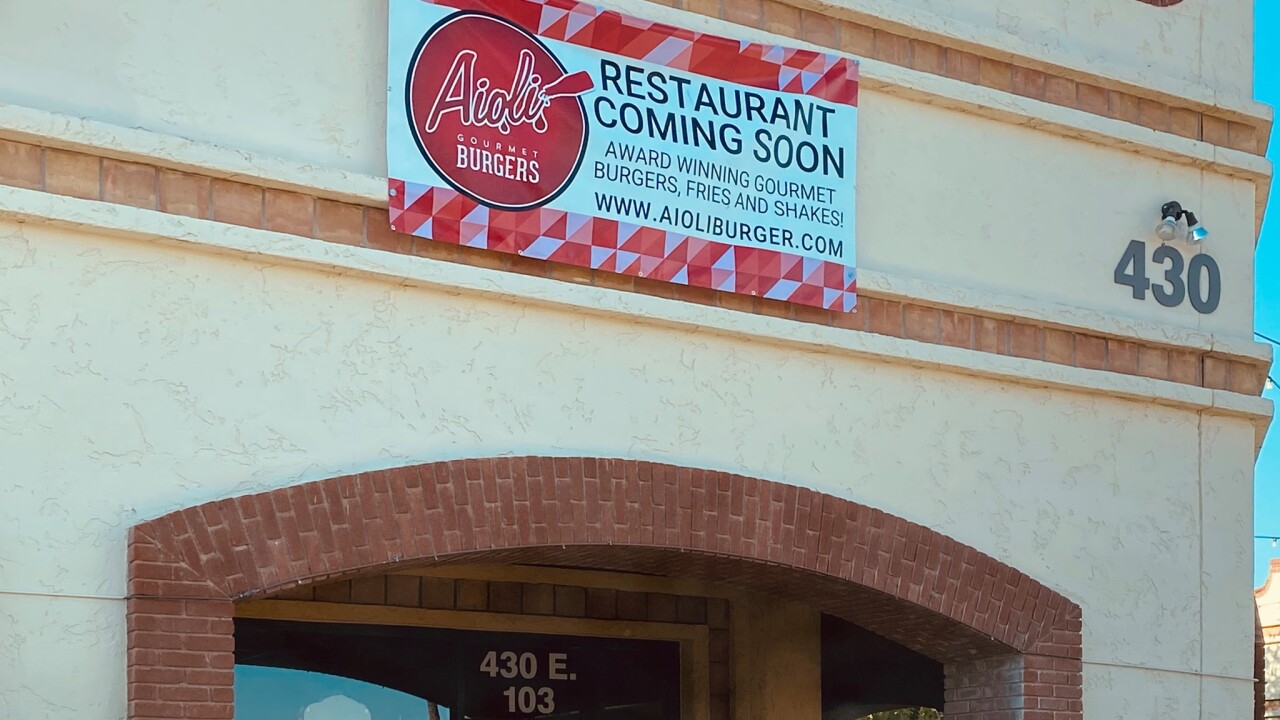 The new location is set to open on Sept. 7, 2020 near 7th Street and Bell Road. It will take over the space formerly occupied by Caveman Burgers, which closed in April due to financial struggles at the beginning of the pandemic.

It also comes six months after co-owners Kyle Hollenbeck and chef Thomas D'Ambrosio opened a walk-up location inside a Fry's grocery store in Litchfield Park. Their original location near 32nd Street and Shea Blvd. opened in 2016.

"The last six months have been a crash course in creative entrepreneurship. Finding our way through this coronavirus pandemic has been a true test of our resilience and determination to succeed," said Hollenbeck in a statement. "We’ve reinvented ourselves several times during this crisis and it has proved to be an amazing experience and time of growth for everyone at Aioli Gourmet Burgers."

Early on in the pandemic to make ends meet, Aioli Burger began preparing and selling meals that would then be delivered to the doctors and nurses at local hospitals. In one week in March, they donated nearly 400 meals to one hospital.

The North Phoenix location will be similar in size to the 32nd Street location and have a slightly different layout, but operations will remain the same. People will order at the counter and can either eat inside the restaurant or take it to go.

It will also have a gallery featuring artworks from Arizona artist John Carvajal that can be purchased. The goal is to feature more artists and artworks throughout the year.