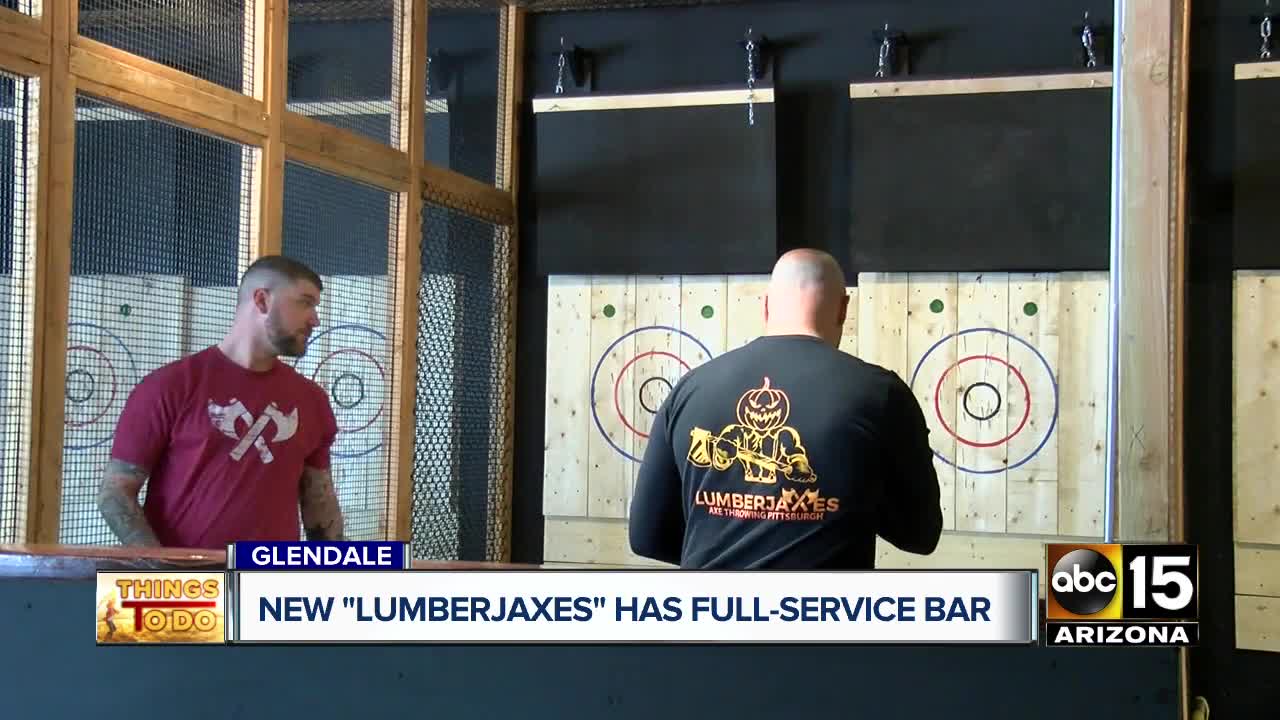 A new sport has come to Westgate: competitive ax-throwing. Lumberjaxes recently opened its second Valley location at Westgate Entertainment District in Glendale. The new location has 10 arenas and a full-service bar. 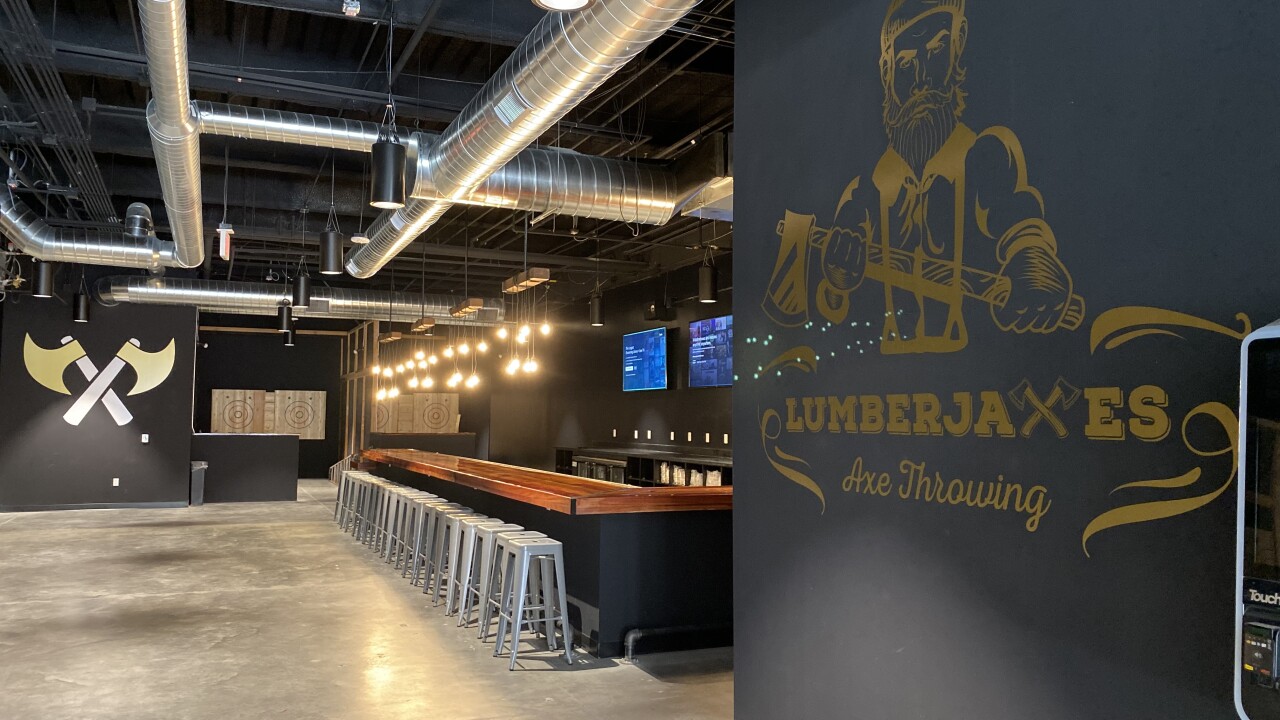 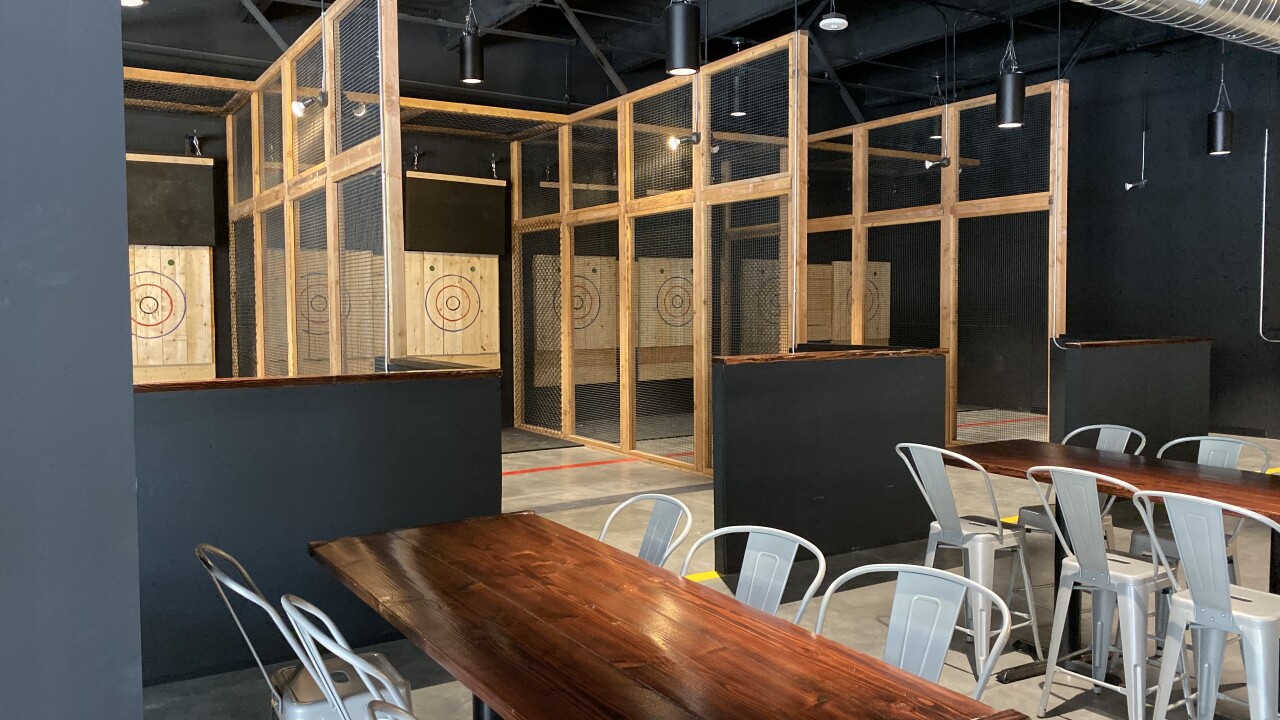 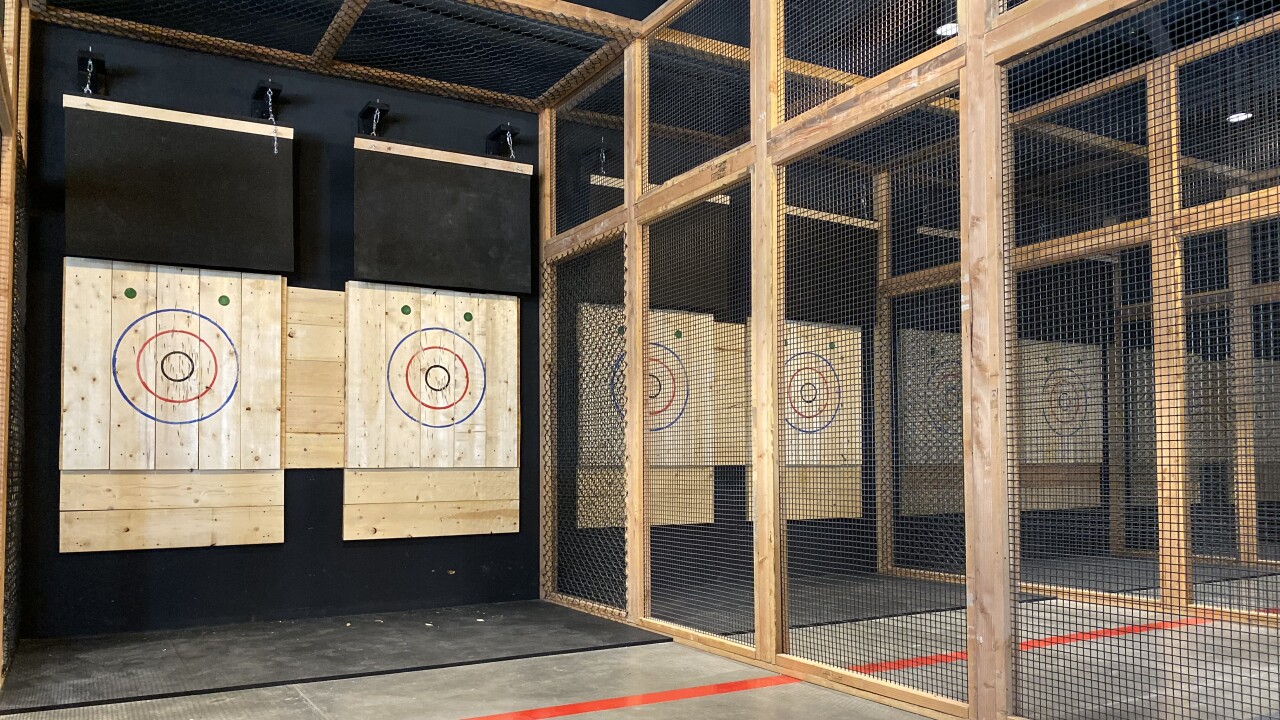 Lumberjaxes, an attraction where people can sling axes at wooden targets, recently opened a 7,500-square-foot arena on the second level of the Glendale shopping center, above Fat Tuesday and next to Stir Crazy Comedy Club.

It is the second Lumberjaxes location in the Valley. The first opened in February 2018 in Tempe.

Already popular in Canada, the sport has made its way to the United States. Lumberjaxes was first to open in the Valley. Since then, other ax-throwing venues -- Urban Axes, Splitting Timber, Backyard Axe Throwing League, Class Axe-- have also opened venues around town.

The game feels similar to darts or bowling. The goal is to throw the ax and have it stick to the wooden target. There are three rings that represent different point values.

Matthew Peyton, a managing partner, said Lumberjaxes decided to open their second location at Westgate because "it just seemed to be a good fit" with the restaurants, bars, and the Arizona Coyotes and Arizona Cardinals "a stones throw away."

They also redesigned the throwing lanes, which now feature a darker fence barricade and smaller holes, and allows people to better watch those throwing in the lanes next to them. The previous design still separated the lanes via wood and fencing, but the bottom half was covered.

"We wanted the atmosphere to go throughout the space. When we had the lower walls, it kind of secluded you," said Peyton.

The bar will have bottled beer, wine, and cocktails. People can order food from Bar Louie, which is nearby.

In terms of Safety, Peyton said that is their number one priority and anyone who appears to be intoxicated will not be allowed to throw an ax. Generally, the rule of thumb is one drink an hour, he said.

All of their staff, bartenders, and security are trained to check IDs and make sure people coming to the venue are not intoxicated already.

Sessions start at $15 for 30 minutes, an option unique to the Glendale location; $25 for an hour, and $40 for two hours. They accept walk-ins and reservations, which can be booked online, https://axethrowingphx.com.