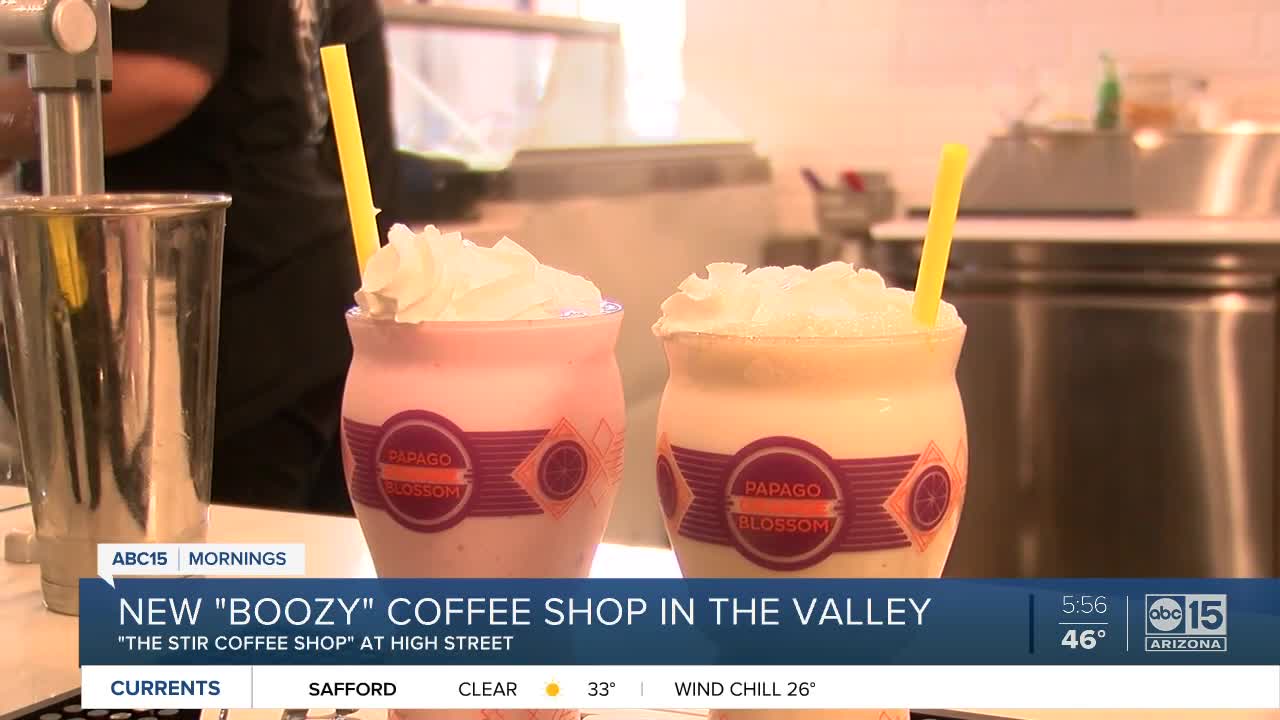 At The Stir Coffee Bar, one of the newest businesses to open at High Street in north Phoenix, coffee aficionados will find many coffee shop staples on the menu: hot coffee, cold-brew coffee, light and dark roasts, espresso, baked foods, and sandwiches. People may not expect, however, to find some of their other items, such as boozy coffee drinks, served hot or cold, alcohol-infused dessert martinis, even milkshakes with alcohol mixed in. 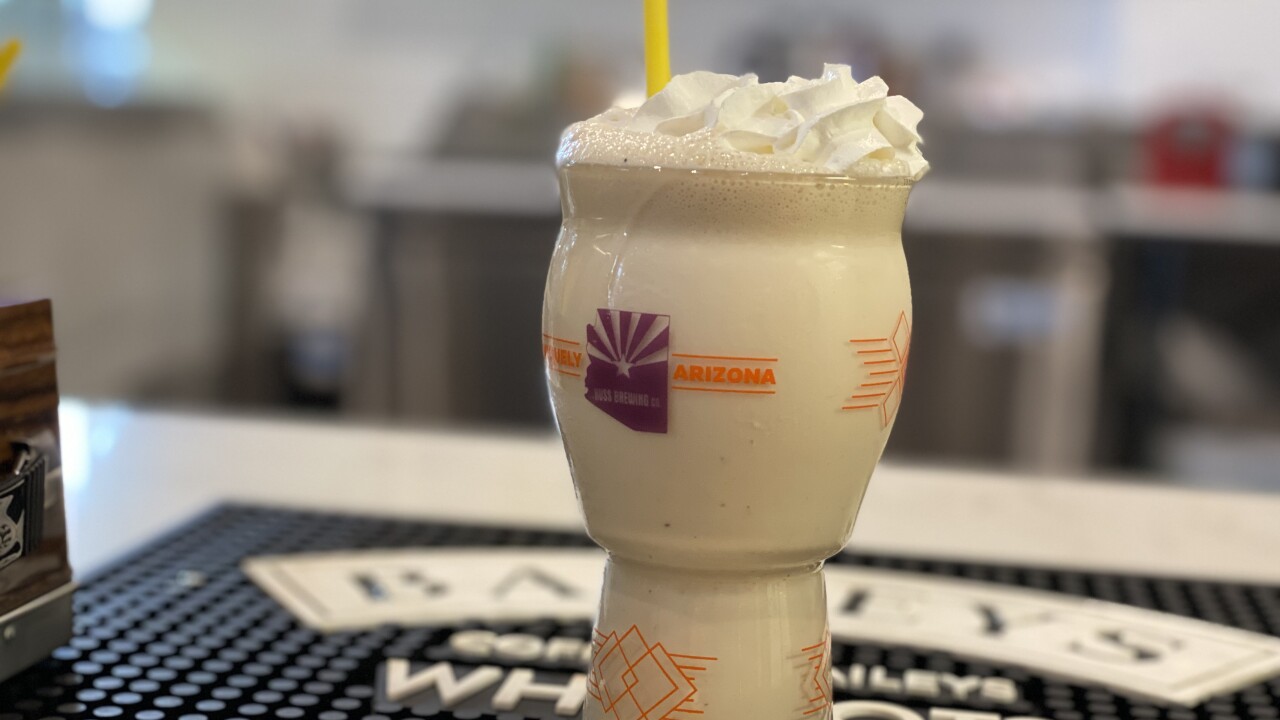 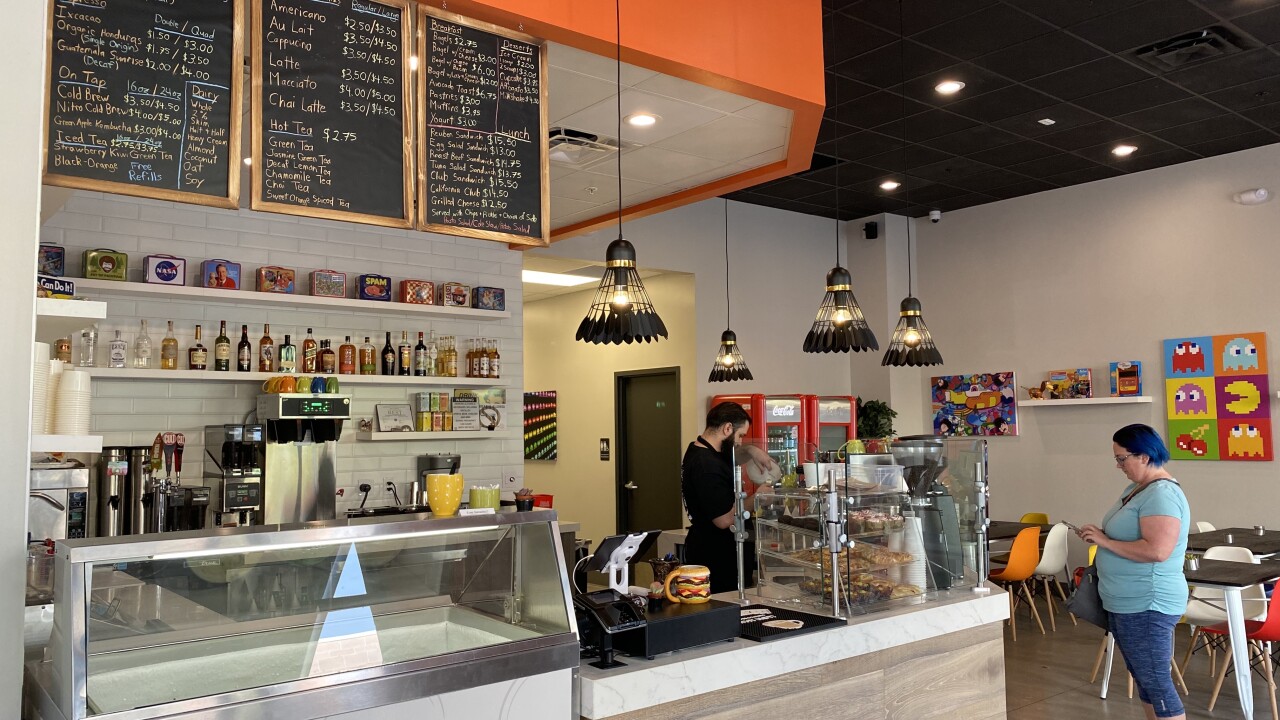 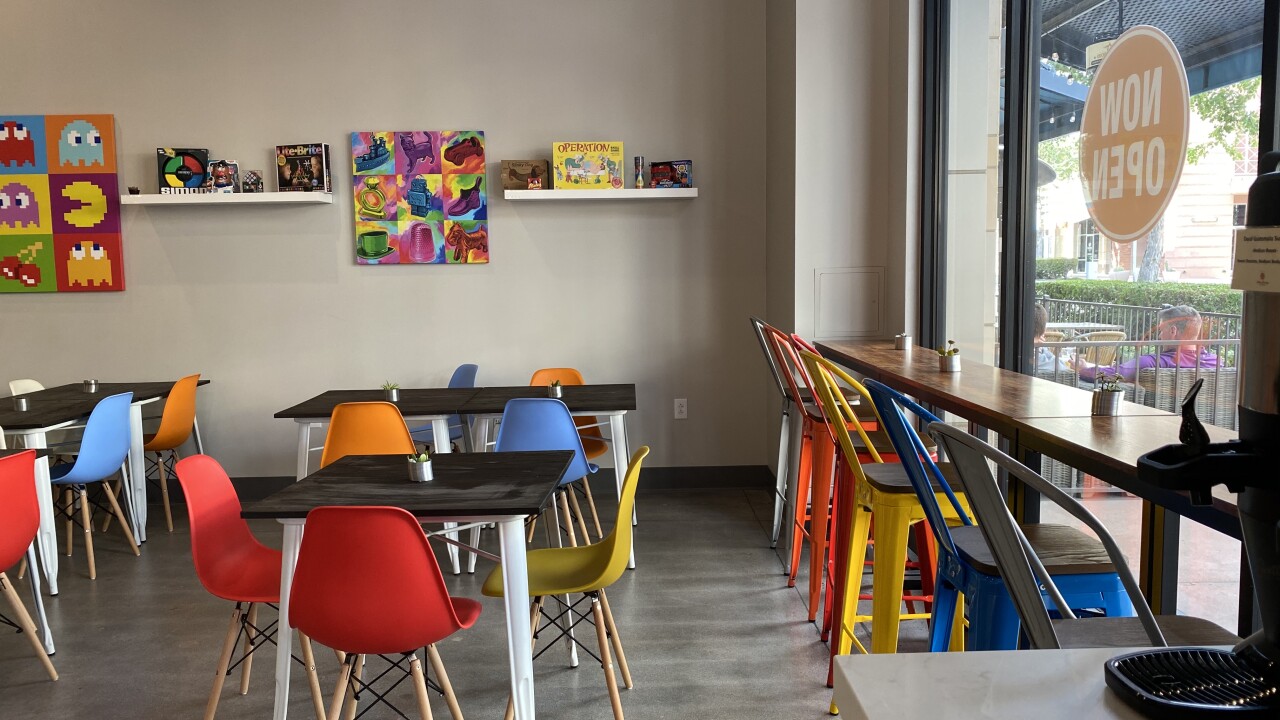 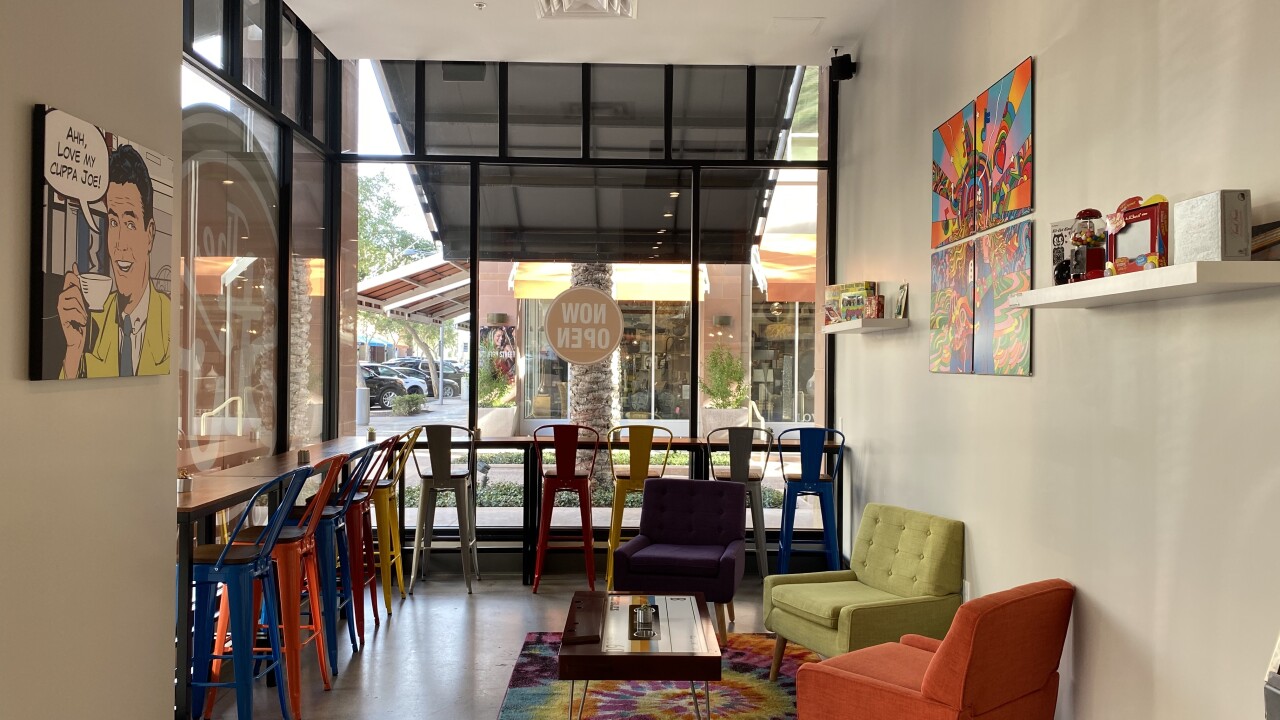 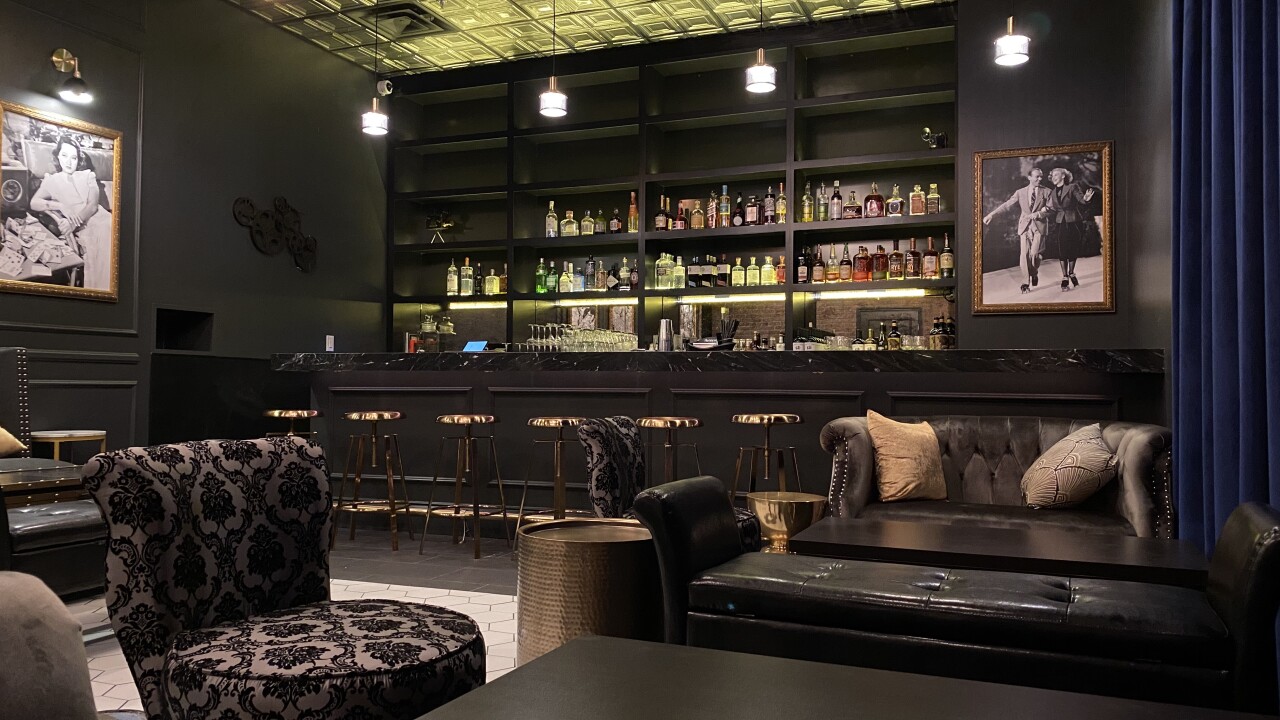 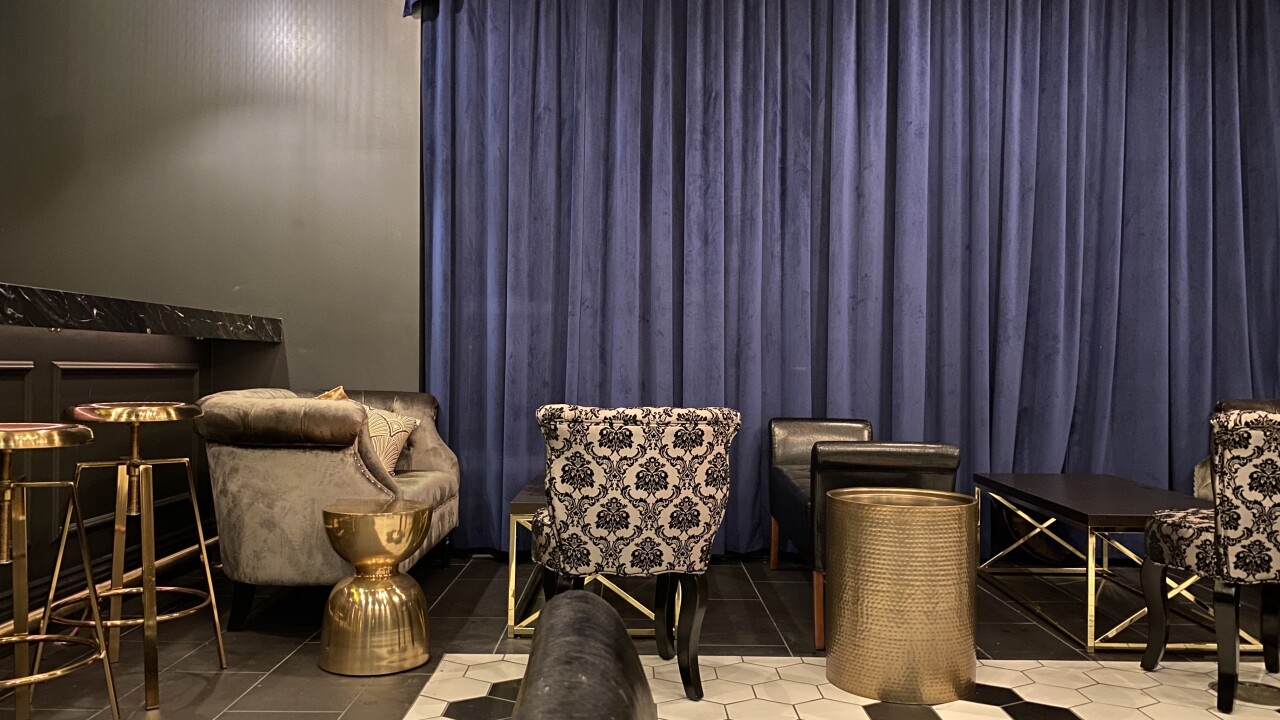 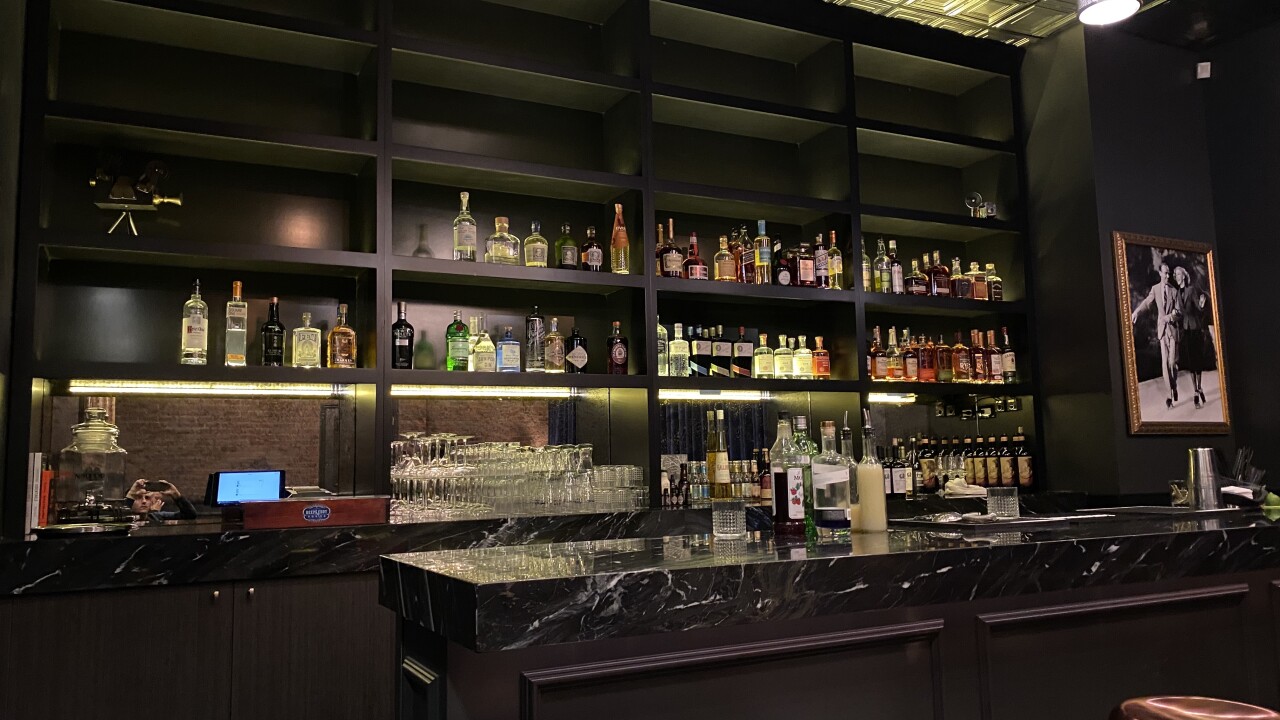 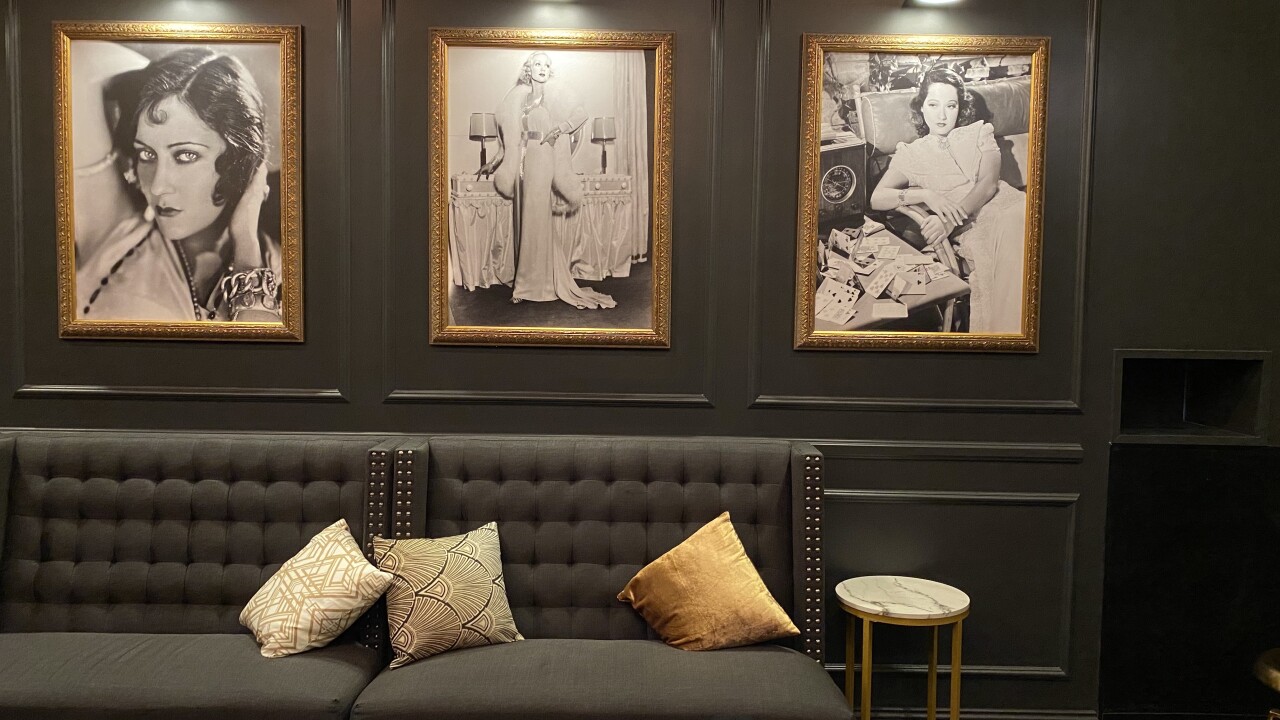 PHOENIX — At The Stir Coffee Bar, one of the newest businesses to open at High Street in north Phoenix, coffee aficionados will find many coffee shop staples on the menu: hot coffee, cold-brew coffee, light and dark roasts, espresso, baked foods, and sandwiches.

People may not expect, however, to find some of their other items, such as boozy coffee drinks, served hot or cold, alcohol-infused dessert martinis, even milkshakes with alcohol mixed in. There is also a "hidden" bar in the back, too (which we will get to a little later on).

It is the latest venture for Rick Bronson, a comedian and owner of "Rick Bronson's House of Comedy," a comedy club located not far from The Stir. In fact, both are located at High Street, the entertainment development near 56th Street and Deer Valley Drive, just north of the Loop 101.

"We really are trying to sell ourselves on coffee, cocktails, and conversations," he told ABC15 in a recent interview.

"We just thought it'd be a lot of fun to create a place that, as I said, is 1) a place to congregate and 2) a place you can actually go and talk," he said.

The coffee shop was inspired by the 60s, 70s, and 80s, Bronson said. There is a Pac Man-themed pop art on the wall, old school games, such as Etch A Sketch, and a vintage gumball machine planted on a shelf. There are colorful chairs and stools throughout and a tie-dye rug in one area.

Aside from their regular coffee drinks, they will also have a few signature drinks without alcohol, such as the coffee milkshake.

In the back of the coffee shop is a "hidden" entrance to Gin and Reel, a small cocktail lounge reminiscent of "old Hollywood" during the 1920s. There are four large black-and-white photographs of actors and actresses from the era on the walls, and a mix of stools, couches, patterned chairs, and benches for people to sit and relax.

Bronson said most of the cocktails on the menu would reflect the 1920s, such as a Manhattan, Sazerac, Gimlet or Vesper.

"The thing that we're really focusing on the most on our menu is being true to the period as far as how our beverages are made. So when you order an Old Fashioned, it's like an Old Fashioned that was made in the old days," he said.

Getting into the bar is another story. Technically, Gin and Reel isn't listed on The Stir Coffee Bar's website. But, if you happen to sleuth around and Google it, you will find a page that reads:

This Page Does Not Exist!
You Are Not Here!
Please Leave This Page Immediately!
This Page is Prohibited!

So, how exactly do you get in? Like the traditional (and also illegal) speakeasies of the past, a password is required.

So, how do you get the password? From what we're told, it can be found inside the coffee shop.

The Stir and Gin and Reel are two of the latest concepts to open at High Street. More restaurants and attractions are on the way.

In January, Hula's Modern Tiki opened at High Street, marking its third restaurant in the Valley, bringing with it its tiki-style drinks and island-inspired dishes to North Phoenix. Hula's two other restaurants are located in central Phoenix and Old Town Scottsdale.

Potentially before the summer, The Nemesis Club, an escape room attraction, and Soda Jerk Co. Milkshake Bar, described as a modern take on an old-fashioned soda fountain, are expected to open at High Street.

"We like what others have done, but we think there is an opportunity to level up the set design and just the full immersion of the game. That's what this is going to be," he said.

The Soda Jerk. Co. Milkshake Bar will have craft sodas, floats, and those over-the-top Instagrammable milkshakes.

Currently, there is no opening date, but Smith said he expected them to open before the summer.