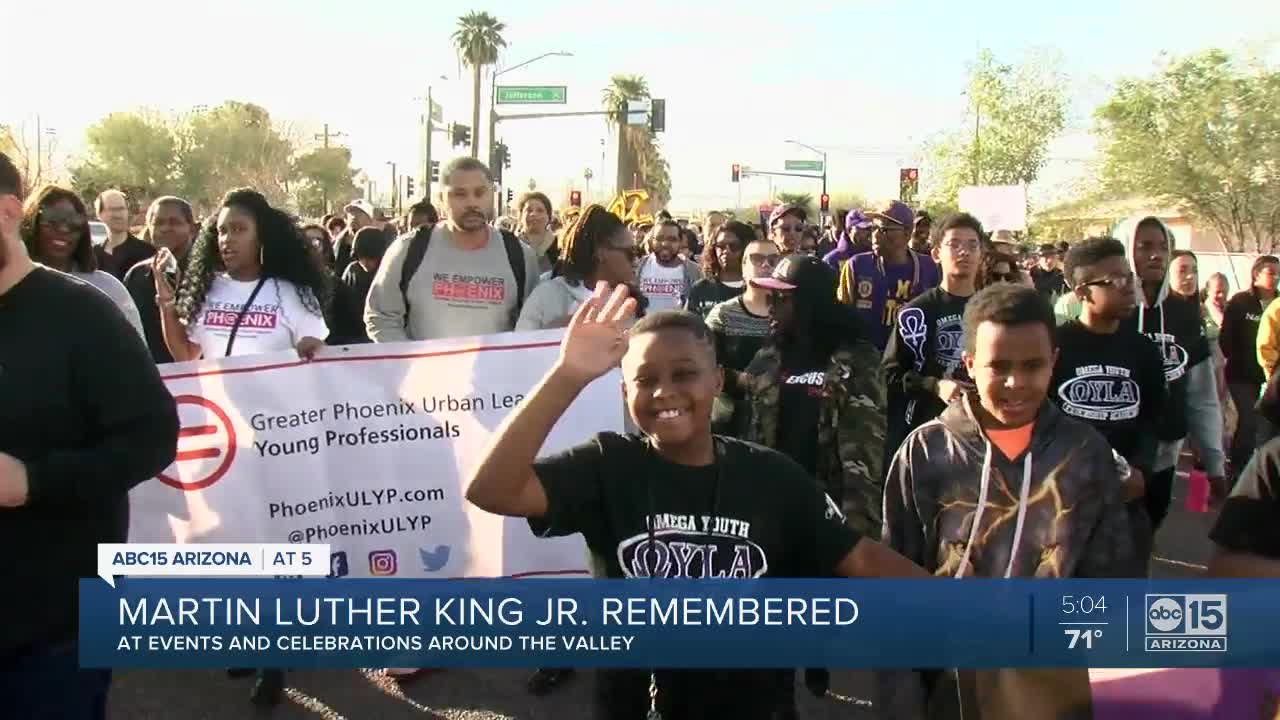 During the Martin Luther King Jr. holiday, many around Arizona celebrated his legacy at events in the Valley. 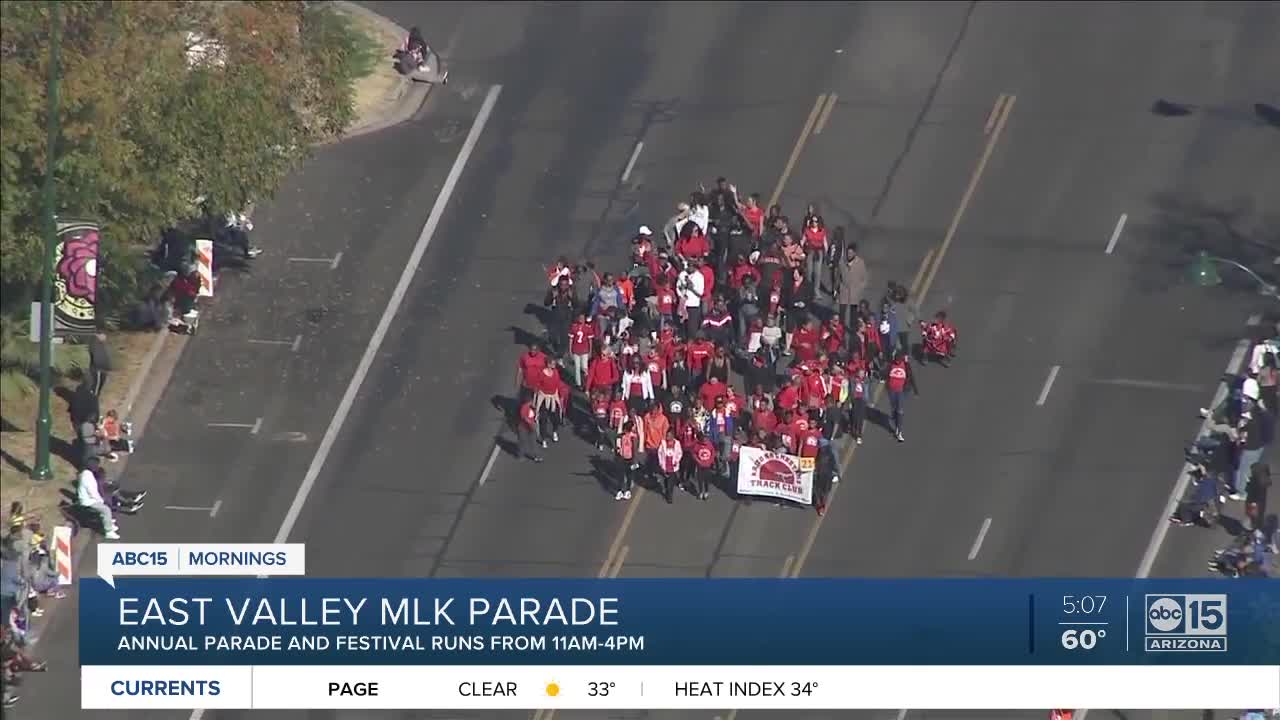 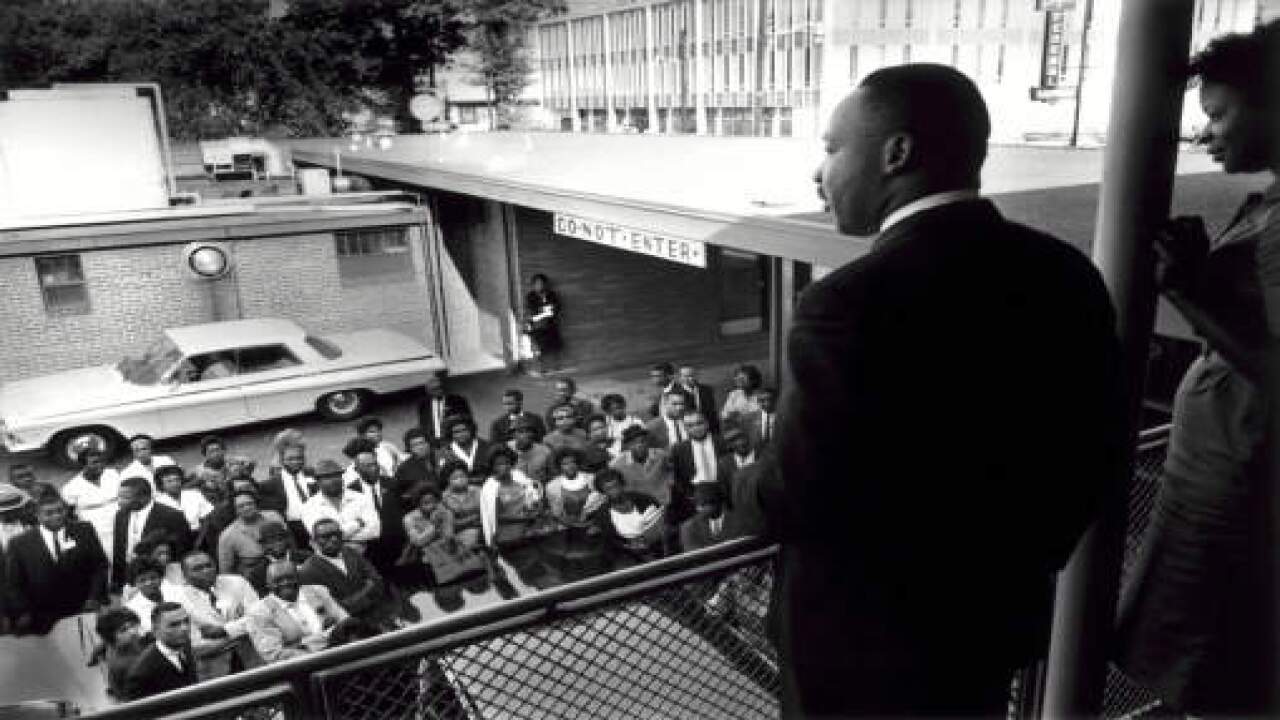 PHOENIX — Communities around the Valley will have parades and festivals on Monday, Jan. 20, 2020 to remember and honor the life and legacy of Dr. Martin Luther King Jr.

Here is a list of events happening around the Valley.

The march is expected to start at 9 a.m. at Pilgrim Rest Baptist Church and end at 9:55 a.m. at Margaret T. Hance Park where the MLK Day Festival is, according to the website. View march route.

The Martin Luther King march in downtown Phoenix culminates with a festival at Margaret T. Hance Park "where the life of Dr. King and historical civil rights events are remembered and celebrated," according to the website. There will be different vendors, booths, entertainment and cultural food and drink.

View the parade route. After the parade, there will be a community festival from noon to 4 p.m. At 12:30 p.m., there will be a brief program to honor the life of Dr. Martin Luther King near Pepper and Macdonald. More information.

Both the i.d.e.a. Museum and the Arizona Museum of Natural History will be open from 10 a.m. - 4 p.m. and will have half-priced admission.

Middle school students and ASU students and leaders will participate in a march on Arizona State University's West campus on Jan. 22, 2020. The march starts at 11 a.m. and ends at noon. Following the march, Charles St. Clair, an ASU faculty member, will deliver Martin Luther King Jr's famous "I have a dream" speech. The event is free and open to the public. Public parking is available for $3 an hour. More information.