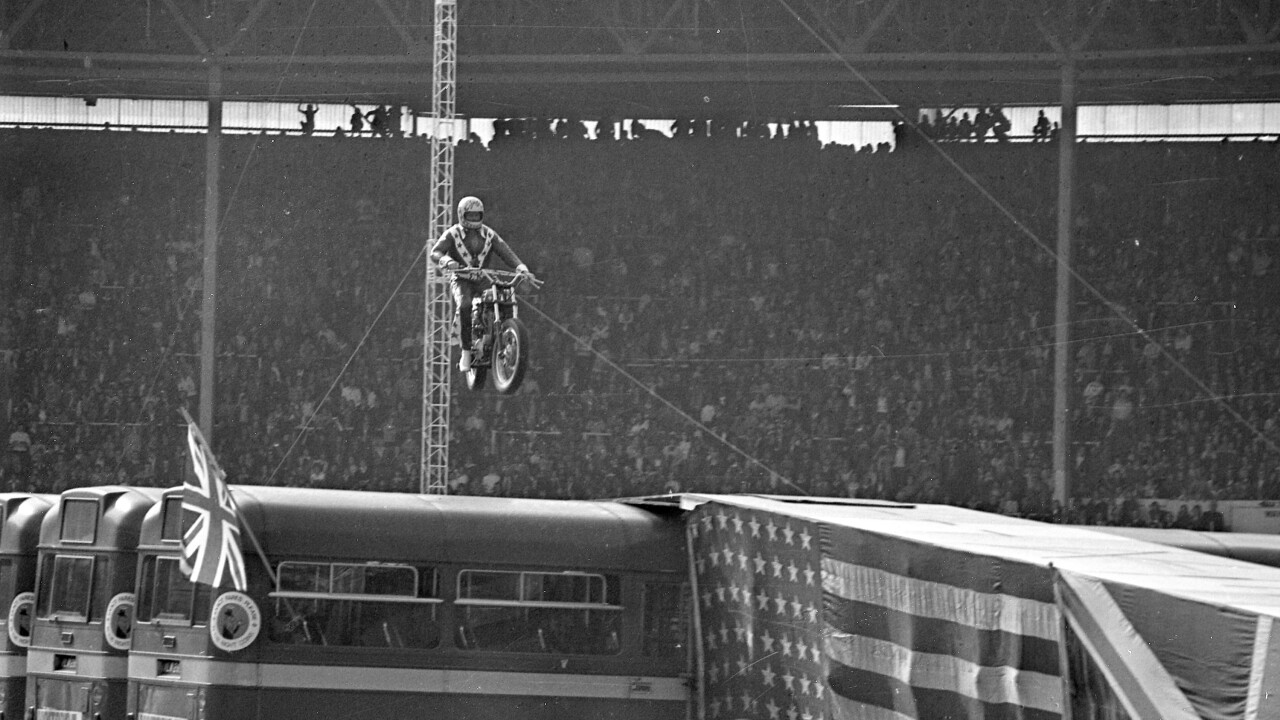 AP1975
AP
FILE - In this May 25, 1975, file photo, Evel Knievel approaches the landing ramp with his motorcycle during his unsuccessful effort to leap over 13 busses spanning 140-feet at 100 miles per hour in London. Evel Knievel’s son is on a collision course with the Walt Disney Co. and Pixar over a movie daredevil character named Duke Caboom. A federal trademark infringement lawsuit filed Tuesday, Sept. 22, 2020, in Las Vegas accuses the moviemaker of improperly basing the “Toy Story 4” character on Knievel, who died in 2007. (AP Photo, File)

LAS VEGAS (AP) — Evel Knievel’s son is on a collision course with the Walt Disney Co. and Pixar over a movie daredevil character named Duke Caboom.

Knievel's famous stunts in the 1960s and ‘70s included motorcycle jumps over the Caesars Palace fountain in Las Vegas and a rocket shot into Snake River Canyon in Idaho.

The Walt Disney Co. says it will defend itself from what it calls Knievel's meritless claims.

“Evel Knievel did not thrill millions around the world, break his bones and spill his blood just so Disney could make a bunch of money,” Kelly Knievel said in a statement announcing the lawsuit.

Knievel was seriously injured many times during more than 75 motorcycle jumps. He died in 2007 at 69 in Florida of lung disease, not in a crash.