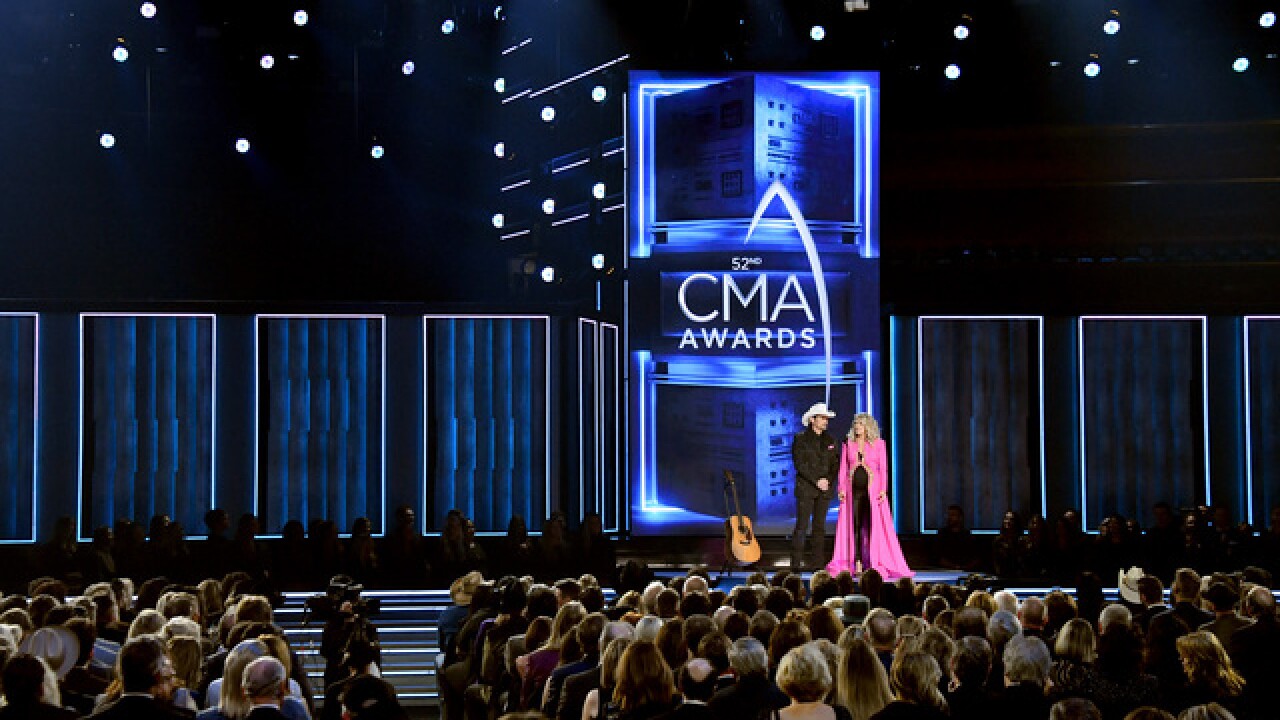 Copyright 2018 Scripps Media, Inc. All rights reserved. This material may not be published, broadcast, rewritten, or redistributed.
Michael Loccisano
NASHVILLE, TN - NOVEMBER 14: (FOR EDITORIAL USE ONLY) Brad Paisley and Carrie Underwood speak onstage during the 52nd annual CMA Awards at the Bridgestone Arena on November 14, 2018 in Nashville, Tennessee. (Photo by Michael Loccisano/Getty Images)

A large number of people who tuned in last year to watch the annual CMA awards, which honor country music stars, didn't tune in last night.

Variety.com reports ratings were down 30 percent over 2017. This comes after other awards show has seen steep declines in viewership. In September, the Emmys also hit an all-time low.

In October, the American Music Awards also hit an all-time low, down 25 percent from 2017.