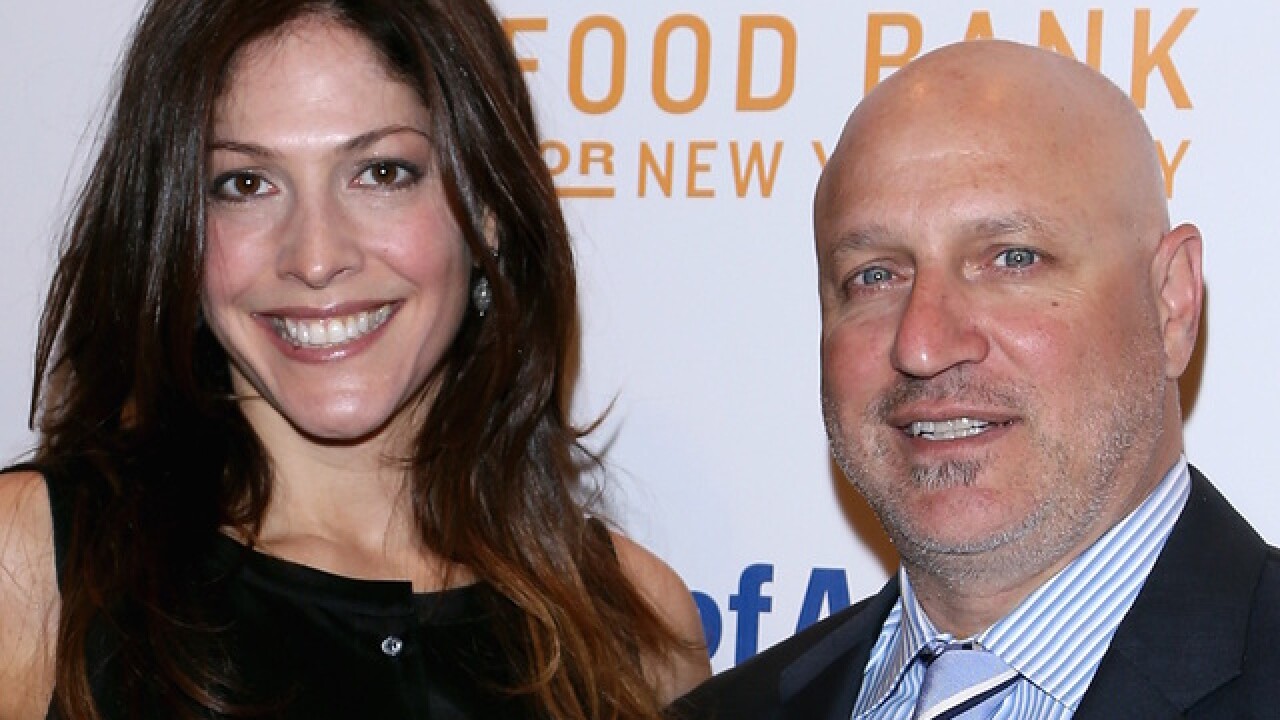 Police are investigating after political and religious symbols were painted on "Top Chef" producer and restaurateur Tom Colicchio's home and lawn on Long Island.

Colicchio and his wife, Lori Silverbush, tweeted they discovered the graffiti on Tuesday.

Woke up this a.m. to a swath of hate speech painted across the property I share with @tomcolicchio and our 2 little boys. Cute touch: my name & a defaced Jewish star. Wake up USA: POTUS tacitly applauds this. THIS is whats at stake in the upcoming elections. #Vote2018 #NeverAgain pic.twitter.com/8tp3HYka2p

Police say "TRUMP" was written in red paint on the mailbox. "Cuomo(equals)Death to America" with a hammer and sickle was painted on the street and grass. "Cynthia Nixon, Go Home, Silverbush and Padhma" and a star were painted in white.

Colicchio tweeted he believes the incident was in response to his displaying a sign supporting the Democrat who is running for Congress against Republican Rep. Lee Zeldin.