Brad Paisley: Do not expect a lot of political banter during 2018 CMA Awards 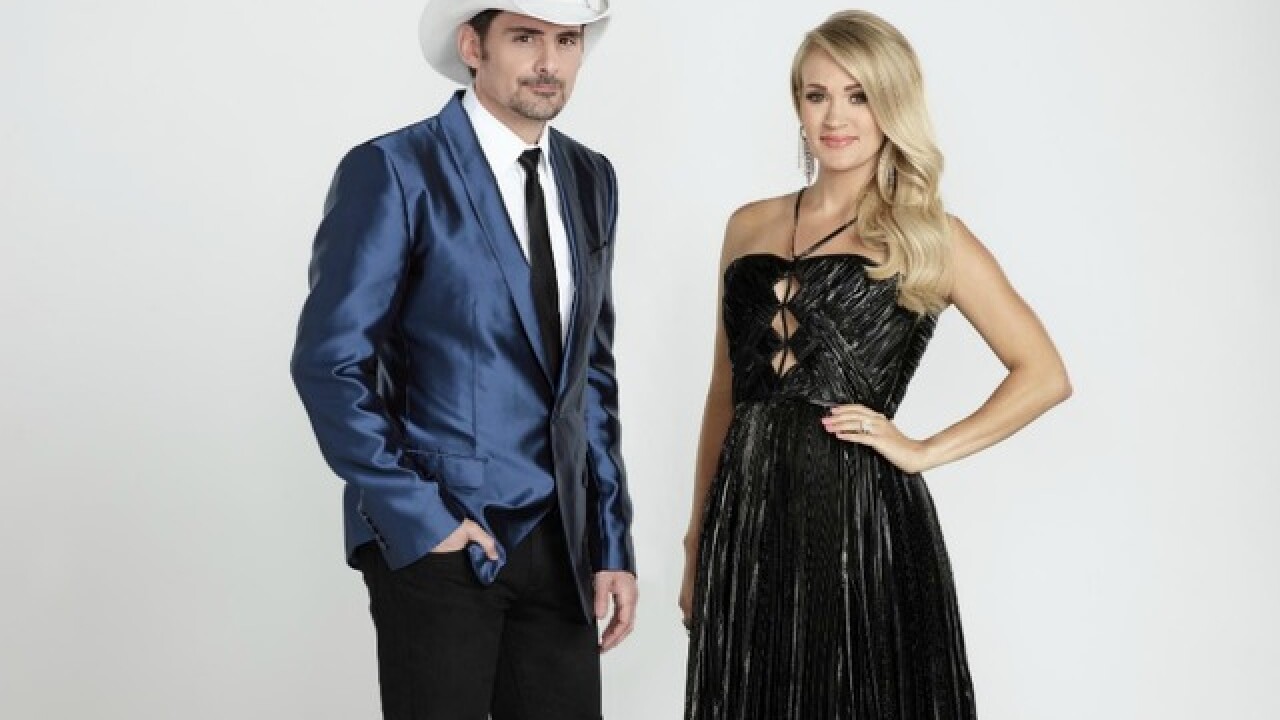 Politics may take a back seat at this year's Country Music Association Awards so says co-host Brad Paisley.

The country singer, who will co-host the show alongside Carrie Underwood for the 11th time, told TasteOfCountry.com that he does not find politics to be funny anymore.

"There was a time when it was. It's just not funny to me anymore. To me, I wanna do fun stuff. I don't wanna talk down, I don't wanna talk up — it's like, 'Let's have fun.' And let's talk about things that everybody can agree are funny," he's quoted as saying in an interview with Taste of Country.

In the past, the two co-hosts have interjected slight political jabs and jokes during monologues or musical parodies.

Paisley did not tell say what he and his co-host will talk about this year but said the two usually write their material a few days before the show. Read more at TasteofCountry.com.