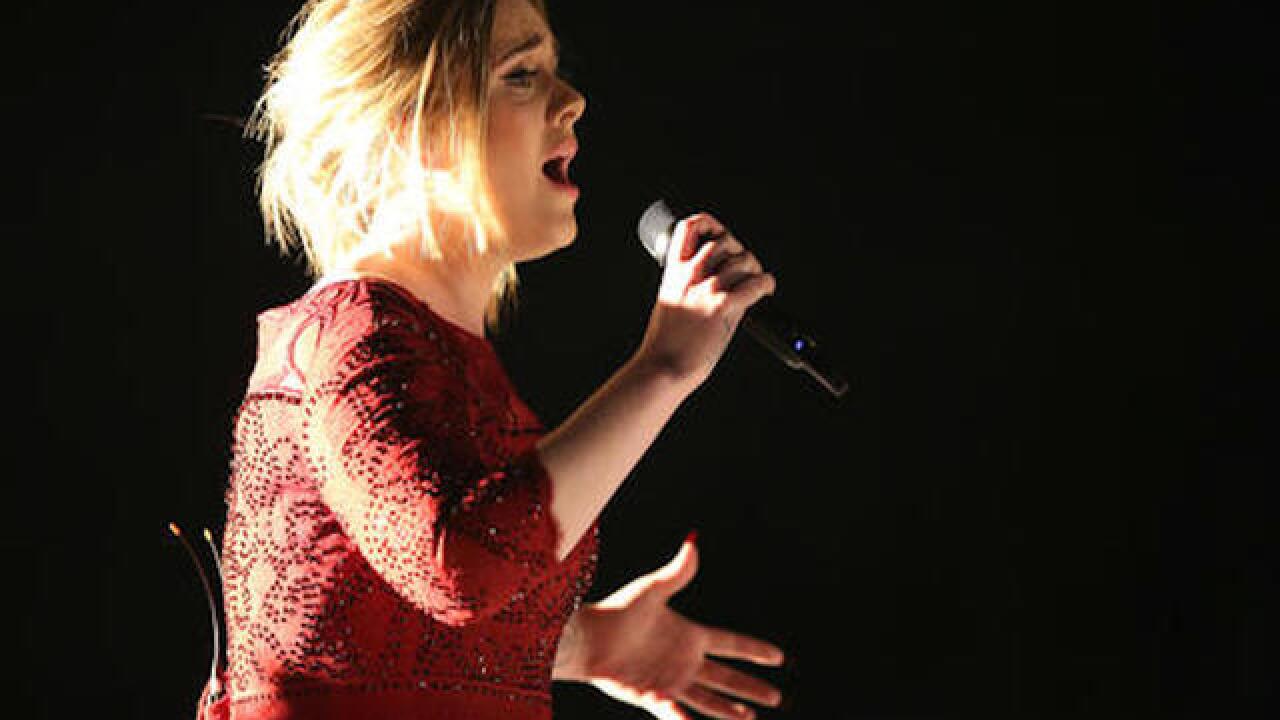 Copyright Associated Press
Matt Sayles
<p> In this Feb. 15, 2016, file photo, Adele performs at the 58th annual Grammy Awards in Los Angeles. A video posted by a fan on Twitter May 29, 2016, shows the singer calling out a fan for filming her concert. (Photo by Matt Sayles/Invision/AP)</p>

VERONA, Italy (AP) — Adele wants concertgoers to look at her with their own eyes instead of through a camera lens.

A video posted by a fan on Twitter shows the 28-year-old British singer singling out a woman at a concert, asking her: "Could you stop filming me with that video camera? Because I'm really here in real life, you can enjoy it in real life rather than through your camera."

Adele added: "This isn't a DVD, this is a real show." She said she'd really like those in the crowd to enjoy it "because there's lots of people outside that couldn't come in." She then rolled her eyes and turned around.