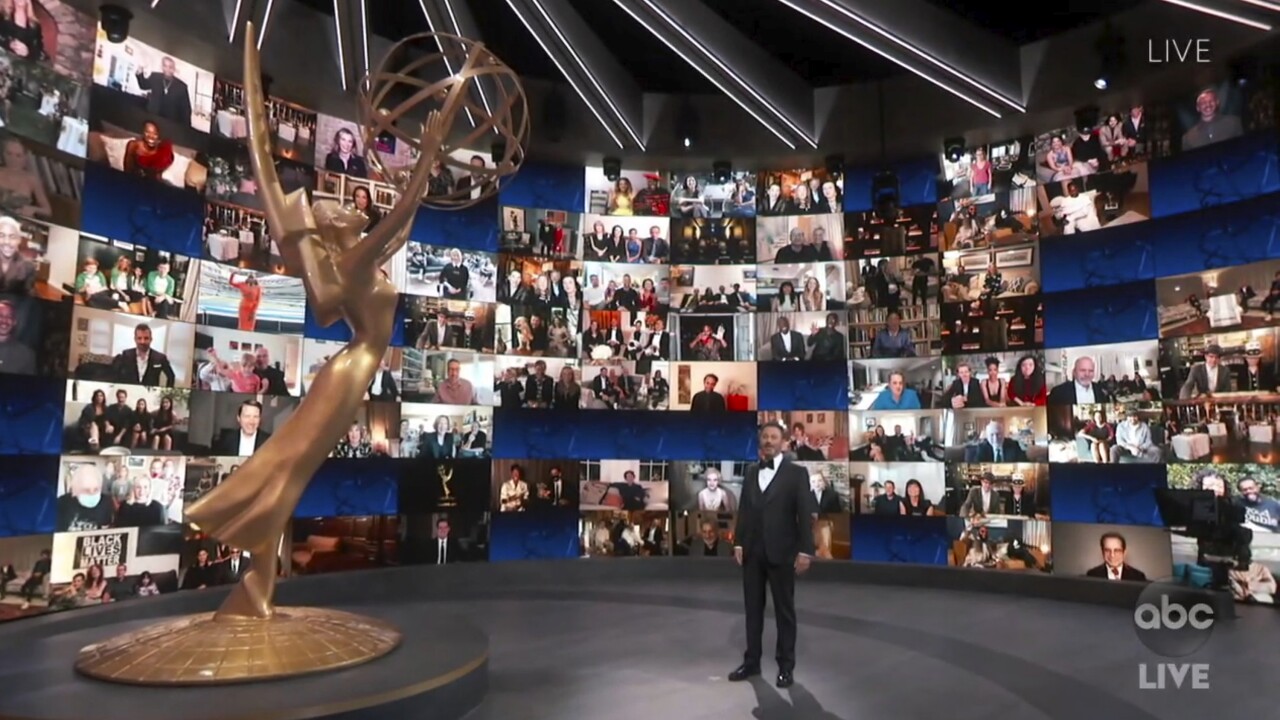 “Schitt’s Creek” has capped a huge night at the Emmy Awards — completing a clean sweep of the show's comedy categories.

It's a feat that couldn't quite be matched by drama series winner “Succession,” which won four of trophies.

Zendaya made history as the youngest drama series actress winner.